From Russia with Obama Luv 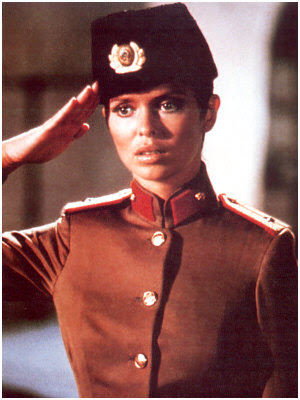 Things are getting bad for Bill Clinton's bright boy B. Hussein Obama, when in the arrests of Russian moles by the American FBI, while Obama is out of country lecturing and failing at the world political stage, that the BBC is in unction trying to ponder out how strong US and Russian relations are with Obama having hell burgers with the Russian President, Medvedev, as all this long term sleeper espionage was taking place.

The BBC enablers have concluded that Obama knew all of this and was the bigger man for relations in not making an issue of it with comrade Medvedev..........

Oh yes children, this blog has Inspiration to unweave this spider's web in explaining what was really going on here, so keep those eyes blinking and focused.

Turn this on the BBC and reverse this in logic, by this I mean, dedeuce this from the Russian President's standpoint in viewing what just happened according to BBC illogic of how bright Obama is.

Medvedev got hisself paraded around the world with big spender Obama, who was buying burgers, grinning, and playing like nothing was going on.

How would you feel if you were a Russian or a normally paranoid thug, in having someone deceive you in public, knowing full well you were running an operation to overthrow the American Government, and B. Hussein Obama just stood there smirking at you and playing you for a fool?

Might you be a little humiliated and allot furious, and how much fun it must be to face Vladamir Putin looking at you for the absolute fool you are salivating with Obama who just upstaged you.

If you notice the liberal BBC in trying to make excuses for Obama, in concluding he knew all about this operation, just made international fools out of the Russians.
Not exactly what liberals really want as they think Obama is so suave he knew all the angles.

What this really appears to be and to have occurred is Robert Mueller's FBI, the real FBI, the FBI that keeps jurisdictional matters from Eric Holder and the Obama regime, never told Barack Hussein Obama a thing of this operation, as they never bothered to inform Holder or Napolitano.

If this is the case, it means Obama was deliberately kept in the dark as was his regime, and the arrests deliberately took place when Obama was out of the country, so Obama would not warn off the Russians, in the same way Obama warned off Iran for "brownie points" when France's Sarkozy was going to expose their nuclear weapon's plant.
I would not put it past Obama to curry Russian favor in exposing a US operation in thinking it would be a quid pro quo blackmail deal for Obama's Iranian nuclear project.

That is what this all appears as in the FBI does not trust Obama due to past Obama crimes.

If you want the real beans of the cowboys were running this operation just the way Holder was allowing Faisal Shahzad to drive armed to an international airport after following him around, the FBI literally had a meeting with one of the sleeper agents by the White House.
One just does not set up meetings with Russian spies in front of the White House without sending the same message Vince Foster's corpse sent in those who dumped his body right across from the Saudi embassy.
This was an in your face dude spur event from the cowboys who have drawn the line at the Pecos in exposing Obama for the Marxist comrade he is, and there is not going to be any more french fry interludes allowed.

So take your pick in this, in Obama made Medeved look like a fool, or some bright Americans exposed Obama as a fool and the Russians as the anti American thugs they are.

The evidence points to Obama is the fool, and for this to be taking place, someone has major cover to bluff Obama off, so he will not retaliate. Blackmail is such a nasty word in these things, and J. Edgar Hoover more approved of the explanation of just being friendly with the information to protect America from Obama.

It is about time the Americans started conducting themselves as Americans.

Once upon a Double O Obama
Posted by Lame Cherry at 8:44 AM