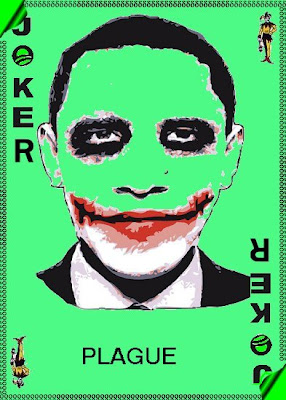 This is something which should terrify every American in what snot wiper Janet Napolitano and booger picker B. Hussein Obama have now come up with.

For those who do not know, Plum Island is the American germ warfare lab off New York state. It has been going through a secret process of being cleaned up.

Oh no, no, no children, it is not to keep New Yorkers or Americans safe from the plague, but it is because B. Hussein Obama is going to sell the island next to Long Island for the cheap ass price of around 50 million dollars.
That island is probably worth a billion dollars, but Obama is selling it for glass beads to Indians rate of exchange.

Apparently this biological warfare lab was run like Muchelle Obama's garden in being a massive toxic dump as mountains of papers reveal. I am trying not to think exactly where those tons of soil ended up as they probably are dumped off the coast someplace creating some new plague or dinosaur sized lobsters.

But for the Obama good news in all of this snot wiper and booger picker have not just decided to import terrorists into the Midwest of America, nopers, Obama is going to build like a half a billion dollar germ factory which America can not afford located in Kansas.

Ok there is a reason, that biological warfare labs are in the ocean, away from direct contact with these United States, and that reason is when a plague gets loose at least one can nuke the island or dump enough napalm on it to scorch it. The resulting plumes then in westerly winds blow it off these United States.

What in the heck do you think will happen in Kansas with all those people, pets, swine, beef, sheep, goats and chickens as hosts for toxic plague if some New Madrid earthquake, some tornado, some terror event releases a few pounds of only the bio ghouls know directly into America?

The winds will blow it within one day in prevailing currents into the Chicago, Cleveland, Memphis areas. By day two the plague will reach either New York or Atlanta in prevailing wind currents.
After that, the end has come, as there will not be any way to contain this as the human and animal hosts will literally spread it like wildfire as these are the germs genocide are made of.

Care to comprehend that the only way to kill this plague is to drop hydrogen bombs to bake entire states into oblivion scorched earth?

This is what Obama and Napolitano have in the works. You know already from GM and BP that Obama has some crony who is going to buy Plum Island as a kickback and another one of those GOP Reagan Blue States is about to get a germ factory which will annihilate the entire American nation, as Obama probably flees to Albania for protection.

Obama is not just tar balling GOP States now in genocide, Obama has implemented a plan which will put the most horrifying germs in nature and those created directly into the American heartland which is pure murder, as this is another deliberate Obama act to harm Americans.

If this is such a great deal, put this under Obama's bed in the White House, otherwise leave the germ factory at Plum Island, and start focusing on the crimes of Obama as this sociopath is leaping beyond Ted Bundy in ways to exterminate Americans.