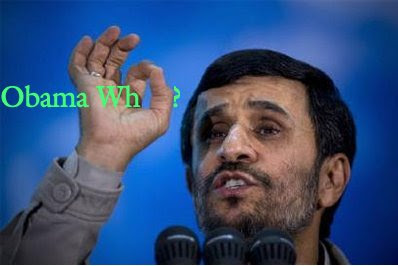 Being exhausted, here am I too full of good news in my personal sphere to sleep, so to relax, I will play the Prophetic Keyboard to another exclusive from God.

Ask yourself anywhere in this world where one despot or dipstick sits down now and ponders, weighs or even considers "What would Obama do" if my nation does this?
The answer is no one in this world does as Obama is so inconsequential that even blow flies and rodents could care less what Obama does as he is never at the White House.

In that, America can be thankful as while Obama and the Mrs. are going to wear out Air Force One and Ugly Force Muchelle costing taxpayers hundreds of millions of dollars in replacements, the grateful side is with the Obama's never in the White House, but always on vacation means they are not wearing out the White House, so it will be good for another thousand years.
1600 Pennsylvania would be a pile of dust by Christmas if the Obama's were putting the same wear and tear on the White House that they do on the other Presidential items they have usurped.
So the Obama miracles never cease in the season of Obamass.

Now to the exclusive.

If you were and are a Persian Islamocommunist, a Russian Bolshevik, a Maoist Chicom, would you really want to fire up that Iranian reactor?
The reason this blog exclusively asks this, does not anyone recall that for the past several years everything about this reactor has been booby trapped and sabotaged by Iranians, Jews, Americans and whoever else didn't have anything better to do.

So in noting that, in the Jews not bombing Bashrer and the Obama regime not in lend lease allowing Saud's and Jews to in brotherly Abraham Ibrahim love in Sarah and Hagar to go bomb the Persian nuclear facilities, does this not mean that the entire Persian reactor is one big toxic bomb just waiting to melt down?

We are speaking of high intensity heat, high intensity steam pressure, and a rather dysfunctional Russian design. Does the Jewish situation not point to Mosaad agents having made certain that numerous key components in the Bashrer reactor are going to be a massive problem in not that long of time?

Recall when the Soviets were stealing the Concorde plans and MI6 simply changed the plans so the Russian jets kept crashing.
Recall in Gulf War I when Saddam's anti aircraft defenses were lighting up the night skies shooting at bogeys due to the CIA putting in glitch software running the systems.
Recall the numerous malfunctions the Iranian systems have suffered in delays by what seems more Jews working on the Iranian nuclear project for Tel Aviv than Muslims in Tehran.

So in that, would it not behoove knowledgeable intelligence circles knowing that B. Hussein Obama is about as dependable as a green battery car in Williston, North Dakota on a 40 below zero morning, simply to have installed faulty gauges like the Obama British Petroleum gauges, some goof software which reads systems are normal when they are running a thousand percent over the red line and a few technicians who shaved the inside of stainless steel pipes and put a resin in the shut off valves which when heated simply welds them open.

Would not that be like dropping a few dozen bombs on a reactor from the inside, with the reactor destroying itself along with Persian nuclear dreams as Ahmadinejad hides in his bunker from radioactive fallout?

As no one is speaking of this, it is the logical scenario and quite intelligent in the way the Saudi's and Jews would answer the Persian threat.

Globally, nothing says "don't expand into nuclear" more than a festering nuclear power plant radiating that rocky sand pit known as Iran.
Iran wants nuclear, so the example would be a melt down to warn all of these other Kim Jong Il's to not play with uranium as hiding in bunkers the rest of your lives is not much of a despotry of fun. It is a little hard to be supreme leader when you are leader of fungus smells and urine in a concrete cavern.

That of course is what logic would do. Persian communists melting down their own communist reactor and with all that heat and radioactivity, no one is ever going to be able to go in and find evidence the entire system was sabotaged.

Think of the billions the Islamocommunist spent for nothing, and think about the billions it will cost as their nuclear caliph turns Iran into a radioactive bone pile.

As B. Hussein Obama is of no consequence as a factor, the adults have had to have been accomplishing something. History reveals adults like sabotage and Hogan's Heroes had a great deal of sabotage in their intelligence operations.

Last note, does not everyone agree that the original Fraulein Helga was much more hot than the second rounded one they said Bob Crane was tooling? Sort of like Mary Ann on Gilligan's Island was the hot chic and Ginger was the one men only wanted to take around the track as she was just too much stuff.

I guess when you don't have the balls like Obama to be a leader you wait around and use Predator assassination or you have the Jews sabotage the Persian nuke factory, because the round girls that fill in like Helga 2 and Ginger never measure up to the George W. Bush girls in Helga 1 and Mary Ann.

Is that one lump or two of uranium with your couscous Mr. Ahmadinejad in your reactor melt down with steam cloud sauce?
Castro just used steam pressure cooking pots.......how novel Persian marxists use reactors.