Nothing she can do about it ever 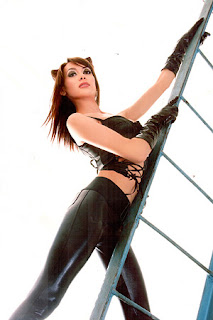 I frankly am stunned at the incompetence of the United States Department of State in the Wikileaks material which showed up concerning a global assessment by State missions of all assets which would be vital to American national security interests.

Yes we are all aware that State is full of Joe Wilson spooks spanking Valerie Plame suzies on the government dime, but the scope of this is beyond believable for various reasons from every embassy is under so much surveillance and counter measures by American friends and enemies, it makes absolutely no sense to send out a request to Obama donors running embassies along with spooks to ask which insulin plant to which gas junction is vital to the west.

This type of information is the realm of two categories in NSA assets and DOD targets which both should already have a comprehensive assessment for national security and war.

That is why I find this suspect in Hillary Clinton at State would undertake such a measure of lunacy, as does anyone not contemplate that George W. Bush and Dick Cheney had not already completed a comprehensive threat matrix update following 2001 on September 11th, as vast as the Cold War archives were in assessing what American required and what the Soviet's require in war?

Certainly Hillary is the target of this Wikileak Obama pissing on Hillary and telling her it is raining, and that now starts exposing what appears as a vast operation against Dame Hamrod.
This is not about chivarly in standing up for Hillary Clinton, but this is about grave concern for what is a counter operation being run by foreign intelligence of Eurasia with Obama providing the talking points.

Is it that difficult to assess that Mr. Obama knew Hillary was going to pull a coup and in typical KGB operations that the central Europeans and China are familiar with, this was all pre planned to initiate after the 2010 elections to destroy the political future of Mrs. Clinton.
At this point in how Hillary is cowering, this is big and she knows very well she has been spanked again by her European masters who made her take a dive so Obama would steal the 2008 nomination as an illegal alien.
Fully recall that Jimmy Carter attempted to engage the Soviets to defeat Ronald Reagan. This type of NeoProg treachery is proven, and while Mr. Obama is not intelligent enough to come up with this, his Marxist and globalist associates are quite adept at this counter game and they have leaked Hillary to oblivion.

If readers do not comprehend this, Barack Hussein Obama has just engaged AGAIN foreign intelligence services to attack Americans. His entire 2008 campaign was one filled with contractors who were spying on and continue to have surveillance on critics of the noted one as this blog.
This is treasonous in high crimes, and the one target in this was Hillary Clinton, American Muslim assets in the Middle East and the folks who there is complete silence are the Ashkenaz Jewish secular contractors in the Rothschild state looking very proper.
Interesting is it not that all these Arab Muslim states wanted Obama to blow up Iran, and not a peep is mentioned about the Jewish interests in this.

That is a bait and switch. The media is generating the scheduled attention it is designed to, and the very sectors benefitting from all of this are not having any attention called to them.
This is a multi level operation being run for numerous outcomes. That many facets points to this is the real powers accomplishing this and evidence is Hillary Clinton once again in humiliation taking it.
It is fascinating the absolute constriction the European cartel engineered in this in they have played with the Clintons from day one. They let them think they had a chance at the White House, toying with them, and all the while were going to crucify them.
That is outstanding vindictiveness and patience considering it was this same group who chose Bill Clinton to coup the election away from George H. W. Bush.

The entire American intelligence and state network is now so Obama corrupted that Valerie Plame running a Clinton operation to protect the globalists from being exposed in all those Saddam bribes is small change compared to what has been occuring.

While everyone has been terming B. Hussein Obama shallow, idiot and vacationing fool, there is quite a Saddam or Stalin pattern forming here in Obama destroying his enemies by murderous methods by proxy from Predators, to Twittering away the Iranian Patriots, leaking the Afghanistan Muslims helping America and now this Trotsky sanction of Hillary Clinton in leaks by a thousand cuts.
It serves no purpose in pleasure to sanction an enemy as Trotsky was, but instead leaving them alive to observe, suffer and have hopes raised to dash them again, is the true satan's call in making certain Hillary is aware of what was done to her, why it was done to her, have her nose rubbed in it that it was Obama's benefactors carrying this out for him, and there is nothing she can do about it ever.

Dana Milbank and the Clintonites ran a perfect American coup...........and then along came the real players who lusted once more to rub their nose in Obama again to initiate a point.

This really is not proper in Americans, even if they are the Clintons in being treated this way by foreigners who rule the world. It is bad form for America as everyone in the scheme recognizes what has taken place.

A very notable operation as an intermission amusement.

Another exclusive broken here revealing what is really occurring while Rome burns in the Obama flame of the gehenna abyss.