What do you do with something this stupid? 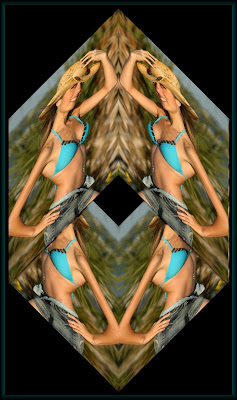 There is not any hope for leftists as they can not get over the bad trip of Obama.

Matt Damon had this meandering line one Yahoo being quoted on the Piers Morgan mistake of a program.

'I no longer hope for audacity,'" Damon said, referring to the title of Obama's political memoir. "He's doubled down on a lot of things, going back to education ... the idea that we're testing kids and we're tying teachers salaries to how kids are performing on tests, that kind of mechanized thinking has nothing to do with higher order. We're training them, not teaching them."

To counter this liberal dolt is Proverbs 22:6.

Train up a child in the way he should go: and when he is old, he will not depart from it.

These symantecs of liberals for Obama and in remission of "training" to "teaching" and not comprehending the real problems in this world is not about these bloated teacher salaries in none of these part timers doing their jobs nor in stupid children.
Damon probably would be surprised that America was built by people who never had high school educations, and an educated minority who actually were putting America first. That is the reality in education and decrees teach nothing of value, as Edison had God given genius and the workers he employed had TRAINING.

Training is what humans require. It keeps the masses at peace and it keeps the elite from deciding they can rape, rob and murder the poorer classes.

Damon though in all the crimes and rapine Obama has engaged in, is worried about a higher order. Workers are not about lofty philosophical ideas about why butterfly wings cause hurricanes. Workers are in need of direction, discipline and rules so they do not harm themselves.
The whores of Hollywood would benefit greatly from training in morals and voting for Democrats in these whores should have a shock collar strapped to their genitals and stoked up to 100,000 volts every time they are fornicating or checking boxes by Obama's name.

Damon though is not alone. His co star in Josh Brolin from that horrid remake ofTrue Grit confessed, "I'm not that left even if I make movies with Oliver Stone".
I guess in that logic Himler was not that leftist either even if he made a reich with Adolf Hitler.

These liberals though have real concerns as Obama disrupts the world order and stokes America up for nuclear flames.

Hugh Hefner in his bacteria ridden, feces laden mansion, deems getting out Afghanistan is the answer.........never mind Obama is trying to invade Libya as that reality might just put Hef in the grave with a viagra erection still in force.

Spike Lee wants Obama to be Richard Roundtree in a bad ass n*gger as what Obama needs to focus on.

Bob Redford wants green energy for Obama to focus on to make him happy. No word on what kind of renewable energy Redford things his designer negro will pull out of his hat, but just like a Nobel Prize it will fix all.

No place in any of this was moral behavior, jobs, security or dealing with the poisoning of the American food supply, as what is important is sodomy, being a gangsta, non existant magic energy and letting children all think Matt Damon is brilliant as they add two plus two and get a division of knowledge.

There is no hope in this. Limbaugh wants Karl Rove gridlock which Obama wants. The GOP wants what Matt Damon wants in doing nothing about allot of nothing. Liberals all want more of what Obama dictates, which is what Limbaugh and the GOP leadership are driving at.

What do you do with something this stupid?

Absolutely nothing as Charles Darwin proved in natural selection that these idiots will disappear from the gene pool naturally.

How an American race could be so bastardized and sodomized in one generation is proof that common sense trained from being poor in having to struggle your way up is the only lesson which solves these satanic problems in life.