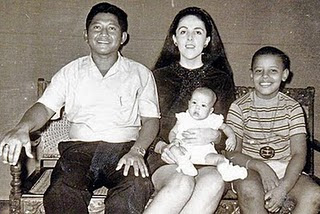 There has been so much written and conjecture on the forced out into the open Obama passport documents that I have not had much interest in exploring them in the name Soebarkah which appears on the document as one of the listed names of Barack Hussein Obama.

As an exclusive as only found here though, the name Soebarkah is a confirmation of adoption, Obama's Muslim status and a sort of strange Islamic prophecy of the day Barry was adopted by Lolo Soetoro in that it was not in the stars to last.

Soetoro in the name, in the prefix of SOE links the name to Javanese roots and not Indonesian alone. Why this matters is that Indonesian names reflect region, family and often religion. It is quite obvious or should have been by now in no one has noted it, that the name Soebarkah is a combination and not one word.
The name is Soe Bar Kah.

Soetoro signifies the adoptive father as Lolo Soetoro. Bar is obvious in Barack, but also links to the Islamic Aramic in bar means SON. So we have confirmation of this is the Son of Soetoro.

The Kah is interesting in Indonesian, KAH translates as WAS. In names, KAH is added as a suffix to form a question of "Who?"

So what SOE BAR KAH means is literal, and I'm genuinely surprised with even Indonesian "experts" asked to explain all of this, that none of them had any comprehension of the language of their own nation.

Soe Bar Kah means literally Who is this, but the son of Soetoro.

This name is the actual legal title of Barry Soetoro, his bona fides, that he has been legally adopted, is a Muslim and is an Indonesian from the Javan region.

Just as Johnson in Scandinavian means Son of John, and Johnsen in Dutch means the same in different dialect. What this name on a legal document filed in America as a passport for Barack jr. is his legal manifestation that he is Indonesian, not American, as he has renounced his entire ties which bind to these United States.

If this was American English, it would be I, Barack, am a foreigner, as a name means everything in explaining who the individual is. In Indonesian, this name is telling every person there, on the street or in government, that this tan kid is the adopted son of Lolo Soetoro and a certified Muslim............he is one of the Indonesian clan. 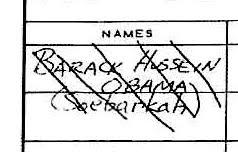 This name Soebarkah is the legal document which would hold up in Indonesian courts as it requires no other documentation. It appearing on a US document signifies it was in use as Obama's defining name outside these United States.

This is Barack Hussein Obama's legal name. The meaning of it disqualifies him from the White House and exposes him as criminal fraud, as this child had it explained to him completely what this name meant in adoption, Islam and Indonesia, that he was no longer American.
This is why this kid wanted to be "president of some country" as he knew damn well even then that America was off limits due to his being British and Indonesian, but the Empire had many colonies he could be president of one day if he slummed around far enough.

What is troubling in this, is Maya Soetoro knows very well what this all means and she has been covering all of this up as a co conspirator.

I find it hard to believe that this blog is the only forensics linguistics expert in all of this, but there you have for the first time someone pulling apart this tri part name in explaining what the prefix, base name and suffix mean for the total legal adopted name.

Why an illegal needs a Connecticut SSN

An Indonesian stab at Obama adoption

-kah : adding this suffix indicates that the expression is a question. The suffix -kah is added to the word in the sentence that is the main focus of the question.