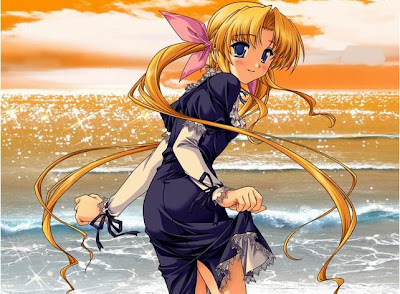 It is amazing and really troubling that after a decade of warning Americans what was behind the homosexual movement by the elite, that World Net Daily, finally, after this blog had alerted one of the owners to all of this has finally covered a story by Jane Reisman posted by Bob Unruh.

The story of Dr. Reisman was a group of psychiatrists, the same mob which Bobby and Jack Kennedy were employing in the early 1960's to try and make 'conservative thought" a mental disease as was exclusively covered here in the Whore Island Chronicles, states that B4U-ACT is advocating that raping children is just another form of sex.

I first alerted people that when Hillary Clinton and Janet Reno started on their child advocacy, that what this was attempting to do was make children legal adults, so it would no longer be illegal to rape children.
I alerted WND of John Kerry's daughter's speech at the democratic national convention in 2004, of her changing "a woman's right to choose" to "A CHILD'S RIGHT TO CHOOSE", completely upending an entire liberal phrase, and yet NO ONE WOULD COVER IT OR TOUCH IT, for it's complete meaning in this was all about liberals engaging in the end game of what they always had in mind, the step by step implementation of making their Phil Donahue behind closed doors between consenting adults into rape between consenting adults and children.

Do you think Hugh Hefner just became successful or did he have Chicago backing? That rag Playboy morphed from a semi conservative mag to an ultra uber fascist magazing in the Reagan years and never looked back, because it had to become more perverted as Americans became more perverted.
The sexual revolution of aborticide and women turned into whores, was all about child rape, because it was a degradation which was espoused by the proponent in human behavior and finance, as they were all fricking perverts!
Keynes and Kinsey were both flaming perverts.

The raping of children was highlighted here in the brave stand of Corey Feldman going public and the admission of Corey Haim to being raped by the Homowood crowd of moguls and directors. This is part of the system, and David Letterman molesting barely legal assistants is all part of this institutionalize rape which leaks out in Letterman jokes about raping the Palin daughters by a gang of New York Yankee black men.

That is what gay marriage is all about, and what this blog has been issuing the clarion call over. Once they get gays married, then the next step in the degredation is to move onto children being raped legally. The elites do not give a damn about sodomites. In fact, as you have witnessed they want them as lab experiments in HIV to glean billions of dollars in "research" and Obama is putting them into his wars to kill them off.
WAKE UP YOU SODOMITES! You are expendable and as YOU ARE THE ONES who are psychologically prone to rape children in initiating them, YOU ARE THE COMPETITION, and when the time comes for you perverts, the elites are going to exterminate you first. No it is not going to be Hitler marching you to a gas oven, but it will be another "aids injection" to selectively cull you.
You think your raising children in your warped households to be prone to this will save you, as you offer up your kids to be raped? The reality is, children respond negatively to being cheated out of male female parenting, and they psychologically become angry at the situation, and will start a movement to end the harm they were exposed to.

The last thing the elite want is thousands of zealots against sexual perversion forming a group to stop gay parenting. This is now in the final stages, and the elite have to move to legalize rape of children in this generation, because waiting, this will all backfire on them.

So while it is accepted that the always experts have finally caught up to the work of this blog after decades, it is troubling that none of the experts believed until they were slapped in the face with the reality, and now they have once again plagiarized the work here, in sounding the clarion call.

Slap your name on this blog's writings and you too can be an expert.

PS: That Japanese anime, has blue eyed, blonde little girls, and in case you missed it, those knots over her wrists are code for BDSM bondage, or child rape. The black dress lifted hints that "all children want this as they are dark souls" which fits in with Noel Sheppard and Camille Paglia Mockingbird propaganda that all women like verbal rape or they would not be involved in politics.
The ocean is that wet netherworld of sexuality a child is being forced to wade out to.......that uncertain fear in the child's eyes is what pedophiles feed off of in "f*cking up children's minds", and we all know from our own conditioning what big, serpent awaits out in that deep pretty glistening ocean to attack us.
The imagry is all there as proof, and it is never cracked down on as it is all originated from Mockingbird run by the elites in the pervert conversions of Keynes and Kinsey.

This is the cartel at it's fiendish endgame.