the low priest of their faith 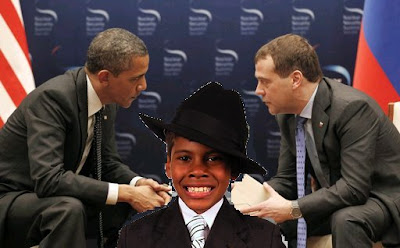 It is a telling thing when religion goes bad. The first sign is when the maidens no longer want to spread their legs for the priest......and you just can not have a religion if there are not young boys and women willing to get themselves soiled from some soily male.

This is the case for B. Hussein Obama, in now even Peggy Noonan, the blonde who could not assume the position fast enough in 2008 like Ann Coulter, who now deems her designer negro "creepy".

There was so much hope for Obama in the beginning. The myth of the voracious black man able to f*ck 1000 women and men in a night while having wood to burn in the morning was what got Obama into power and spread though the nation. Then people started finding out like Muchelle that black men stink, are idiot lays, and are always available to lay, because women who have been with them never go back.......all brought about a scorn in Obama would rather be homosexual with Reggie Love and Charlie Gibson rather than slummers.

Perhaps the hoodie giving away his stolen loot might have sustained this low priest of the order, through sexually not measuring up, but the problem is Obama just did not come through on the sacrifice.

Look, just review the wet dream of every black negroid in America in Obama went out and bitch raped old Hillary Clinton. What black would not want to slap around an old white broad?
Then Barack bitch slapped Lawrence Sinclair. What black would not want to slap around a white gay guy to hide how queer all black males are?
Then there was Obama slapping around John Edwards in destroying him, while his wife died from cancer? What black is not sadistic in desiring to really stomp on the man when he is down? We know this by the blindsiding that Trayvon Martin gave George Zimmerman in that is who cowardly blacks are in Sunday punching people from behind. They just can not help themselves.

There Obama rallied even more in Hutatree when he set up innocent poor white people and expected the BATF to slaughter them, but the white people surrendered.
Not leaving this to chance, Obama sent out a white programmed guy to shoot Gabrielle Giffords which he really was getting off on in making her open her eyes and having an Indian pow wow in Arizona chanting to the mystics.
Let us not forget Obama's supporter in Nidal Hassan in shooting piles of Soldiers at Ft. Hood, and of course Muchelle honoring the woman security officer who shot the Soldiers too.

It all start of went down hill from there. Obama killed the dead bin Laden, and he never even gave the followers a woody or a wet lily.
Then Obama upstaged it in torturing Khadaffi on television and mass murdering him and his followers and no one cared.

I mean everyone want to see a white woman raped by a black as Bill Ayers was having blacks rape Jews, and the liberals NeoProgs were demanding the rape of Sarah Palin on reality television as Obama promised this, but in the end Obama's little tan penis just did not have the staying power a white power dick.......and the result this low priest of the faithful Obamites started just looking creepy.

Rape and murder are exciting when a NeoProg is watching someone else do it.......and Obama was hiring scores of folks to do his rapine, but after a liberal starts watching the rape and murder of folks they really are not aroused by......it all just starts being Peggy Noonan creepy to them.

It is like Obama would of with Libyan missiles he set free, blew Sarah Palin out of the sky in 2012 as she won the nomination. That would have just delighted liberals as they would have crassly sung, "Reign drops keep falling on my head", but all Obama could do for them is put old Muslims in cages, drag them through the sand and dump them in the ocean.

Just like Jimmy Carter had too many balls in the air in legislation as Tip O'Neil told Reagan, Barack Hussein Obama has too many damn dead bodies around no one can appreciate and have to clean up.
I remind the lust of liberals in liking the thought of Sarah Palin pieces falling from the sky that birds would eat, compared to brain scrambled Gabby Giffords. Liberals have to look at that half brain now......and yes the Teddy Kennedy wing of the party would just love to rape a Special Olympics person as part of their initiation, the reality is they look at poor Gabby now and think, "I could have raped her when she would fight back, but now Obama has her brain screwy in she would probably like it......no fun in a woman actually wanting my grimy cock or crusty pussy".

This is low priest Obama's problem in why Pegs Noonan defines him as creepy now. Yes Pegs is creeped out like most women that a black male would rather have men sucking their penis and would rather have a man's dick up their anus when there is a wanton blonde in the room, but this rejection allows the NeoProg mind to comprehend that all of the American Negroid they thought was so cool from the Stones and Beatles days is........well creepy.

No one wants to be around a grown male whose day is playing child games, watching ESPN, eating chips, napping and acting like they know something. If one desires that, one gets a dog like Michael Savage named Teddy and enjoys a pet. It all loses lustre though in a Designer Negro who is sending the pack out to murder and rape.......it is just not sexy to have Egyptian mobs raping Lara Logan.

This has not degraded in Obama and Eric Holder, the negroid musk incense burner, offering up nigger hoodies named Trayvon Martin. No one wants to see black terrorists shot, especially when they are idiots who attack armed Latins with a bag of skittles.
The Apache knew to attack Mexicans with arrows and guns.........they were savages and knew at least not to bring candy to a fight.

The hope of Obama was the raping of white women, the humiliation of white men and the murder of piles of them. His polls were good when he was accomplishing these rites, but as the white people wised up, the only folks left for Obama to offer up was the Muslim and the Negroid.
For that kind of television there are cage matches and one can always visit a chicken slaughtering plant with Mexican help which is just why Obama's polls are falling.

It is a chicken in every pot, as everyone loves chicken......not a nigger in every grave as dead niggers just are work.

See you don't get this yet do you in the Obama religion. Everyone wants to look up the priestess' robe to see what is underneath, but no one wants to have the seat by the gut pile.

Obama has nothing but a big gut pile and all these blacks have that stench of death about them. No one wants that, and that is why blondes like Peggy Noonan finds this all creepy. Necromania and Necrophilia just do not appeal as a religion and that is Obama's religion as he just like all blacks does not have the staying power to match the myth in raping women and little boys.
THAT IS WHY the hoodie skittles Trayvon Martin was out robbing the community as he like all blacks ran out of spunk.

That is why Peggy Noonan and the NeoProgs have all lost faith in their low priest Obama. It is why blacks all stand on street corners, basketball courts, have welfare vocations and their women are looking to be shed of them (Muchelle the poor dear is in Vegas to get away from Bearick AGAIN.), because there is no romance in the bedroom with blacks and nothing which lasts.

Obama rapes Hillary, John Edwards, doesn't get penetration on Sarah Palin, and then starts blasting folks at Ft. Hood and goes off and shots Gabby Giffords trying to pin it on Karl Rove, and then when Jerome Corsi shows up with Obama's fake birth certificate, Obama goes off murdering piles of Muslims......and then sends out the skittles hoodie to die.
Obama just does not comprehend that no one wants to see Chris Rock when they paid to see Shaft.

PS: No Peggy Noonan, this blog and all America is not going to forget that you f*cked Barack Hussein Obama like all traitorous whores in America, and your calling him creepy now does not erase that.
Next time write an article with a real title in:

Peggy Noonan is cootie for spreading for creepy Barack Obama.