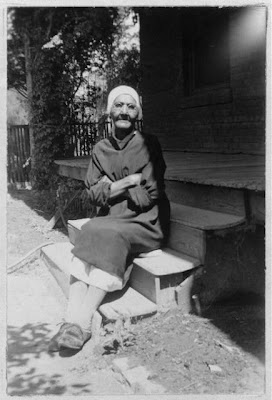 It is a troubling thing that America has degraded from the President Theodore Roosevelt observation in 1910, that the American black was superior to their full blooded black progenitors in Africa due to a reality by example in blacks in Uganda actually comprehend sodomy is an abomination while a sodomite African Caucasoid Negroid is installed illegally in the White House.

For the American Negroid who for the majority were so advanced with Caucasoid interbreeding, Christian religion, European mannerisms and education, that they have now regressed to their ridiculous 1865 Emancipation Status. Frankly Dr. Martin King jr. would hardly recognize the savages he was trying to gain equal rights for in the 1960's to this Obama hoodie Negroid of today.
As an example, there is Trayvon Martin, a 2012 Obama election theft and voter intimidation event, right out of 3rd world Africa.

No one has brought up what a socially retarded individual this Trayvon Martin is, nor how his clean shave headed sperm donor is equally retarded in not having any embarrassment in associating with a hoodie terrorist as this, or being made to do the Bo Jangles for Al Sharpton's road show.

Ask yourself what is the intelligence factor in attacking an armed male, on a cell phone speaking to Police?

Ask yourself what is the intelligence factor in a sperm donor championing a hoodie terrorist who was thrown out of school and was attempting to murder a person on the phone with Police.

It is quite obvious the Negroid of America has nothing in common with Martin King, as Mr. King used to incite riots to get whites in the south to become propaganda for his cause. The Martin's simply are no different with the Black Panther bounty than the African bush they were eating each other in just a generation ago.

Never mind that the day these Negroids actually murder George Zimmerman, the fact that Mr. Zimmerman is of a Mexican majority, armed by Mr. Obama in Gun Runner at 40 million strong compared to the shrinking numbers of Negroid Americans who Mr. Obama is aborting out of existence. That is a reality of a degradation of intelligence in a few short years of exposure to Mr. Obama.

"Yes, suh, I's Cinto. That's Lucy over there, she my wife and I calls her Red Heifer, 'cause her papa's name was Juan and he was a Mexican. She and me marry right after 'mancipation. We come long way and we goin' to die together.

Yes sir, what woman would not appreciate being called a cow, and a trophy cow at that in the Negroid got hisself a Latin to bed right after he was Emancipated.
One can take the slave off the plantation, but the slave mind keeps chaining itself to welfare and degrading women.
Chris Rock is a prime example of Mockingbird careers in the ejaculating mouth of the black in America, thinking that sounding like a fool is acceptable as he looks like an animal in rut over women.

Here is another example of Hagar Lewis:


"Missus Mary McFarland, my mother's missus and mine, taught us children with her own; learned us how to read and write. She treated us just like we were her children. We had very strict leaders, my mother and Missus Mary. She'd say, 'Mammy Lize (my mother), 'you'll have to come and whop Oscar and Hagar, they's fightin!' Mammy Lize would say, 'No, I won't whop 'em, I'll just punish 'em.' And we'd have to stand with our backs to each other. My missus never did much whoppin'.

Yes black parents have not changed in neglecting the discipline for their children, as if Mr. Martin had not spared the rod on Traynor, Traynor would have at least not been trying to murder another human in Florida by beating him to death.

This all flows back to black mentality by nature. Hollywood and Roots would have one think that slaves were all miserable and whipped to a pulp. Hagar Lewis though gives an example of his childhood.

"We lived in cabins made of logs and chinked with mud mortar. We had beds that had only one leg; they fit in each corner of the walls. They was strong, stout. We could jump on 'em and have lots of fun. We didn' stay in quarters much. The cabins was near a creek where willows grew and we'd make stick horses out of 'em. We called it our horse lot. On the farm was a spring that threw water high, and we'd go fishing in a big lake on one corner of the farm. Marster owned half a league, maybe more.

In review, slaves had homes built for them, furished with stout furnishings as apparently slaves were like wild animals of African barbarianism in not respecting other's property.
Negroids played all day and then went fishing.

If one adds a few words like White House, flying Air Force One into the ground, parties galore and golfing non stop, one sees 2012 Barack Obama is the exact 1865 Hagar Lewis.

People with any sense of shame and guilt, would not conduct themselves that way, and yet these American Negroids, except for a brief period during Dr. King's vision, are the same imports from Africa they were rescued from.

That is the reality, and it is shameful.

Granted in 1866, the Government of President Andrew Johnson was attempting to make lemon from lemonades. President Johnson, had ordered Gen. Custer to march through Texas to pacify the slave state, but the situation the General found was one of the American Negroid auditioning for 2012 Obama.
The General soon collected a horde of freed blacks, who had no interest in freedom. These Negroids instead were demanding that the US Military feed them and care for them.

Under orders from Washington and the General's own foresight, he ordered the blacks to return to the land they had been farming for their Masters, and take up sharecropping to provide for themselves.
This was the best solution of the day, as President Lincoln had set the slaves free, and there was always the offer to return to Africa, but these Negroids would not leave the easy life of America and chose to chain themselves to it.

Why go to Africa to work, to be exposed to lions and other blacks eating you, when you could get yourself a Red Heifer Latino, jump on the bed all day, play with your stick and go fishing in a pond all for free?
The answer is obvious in the 2012 Obama Negroid Hoodie Terrorist voter.

In this, this blog joins now with Barack Obama policies in order to save the American Negroid from Mr. Obama and themselves.
The American Negroid like Mr. Obama's Philistines should have the "right of return to Africa" in lands provided from them in all the dead blacks the Obama cartel benefactors have aborted or murdered with AIDS.

It is obvious that the American black wills to have no part of law and order, nor Justice, or there would have been outrage from Bill Cosby, Oprah Winfrey, Walt Williams, JC Watts and comments posted non stop online about the need to hold the parents of Trayvon Martin criminally responsible for unleashing this hoodie terrorist upon the state of Florida, and yet, there is nothing but a community organized silence by the American Negroids, equal to the Muslim silence after 9 11 and the same marching cheers celebrating the murders of Americans in staged events.

Beating people to death, paying bounties to have innocent's murdered, screaming mobs, children on suicide death missions.......it all sounds like Secular Islamist Obama's Middle East brothers and yet it is all downtown Florida for Mr. Obama's American Negroid brotherhood.

The American Negroid must be saved from themselves. They have no sense or they would not have tied themselves to a British fraud like Mr. Obama. They certainly would not be the cocked head, thinking with their genitals, idiots attacking Caucusoids who are in greater numbers and armed.
All this points to the reality in as Queen Victoria's vision of African blacks governing themselves after being educated by Colonial rule, to being full members of the civilized world, it was the communist menace in the Mau Mau Kenya Obama terrorism to Riala Odinga to Nelson Mandela to Robert Mugabe who turned Africa to communist savagery, exactly as community organized Barry Soetoro has turned America into an Obamanation.

Yes, it is evidenced by Trayvon Martin that the American Negroid in entirety by their silence and rioting is hearing that jungle call and acting like the primates the American Republic tried to civilize them from.
It is time that for the sake of this generation of American Negroids that Obama policy, good for other races, be decided for this Negroid Caucasoidally challenged, and they be removed from occupations and trades above their pay grade like Mr. Obama.

They were not ready for Dr. Martin King, but being social retards, are in need of Henry Lewis' sound advice in blacks need an overseer to beat them and a big Irish Master to beat the overseer if they drew blood or broke skin.......while Henry Lewis sets the example for the modern Negroid in what their pay grade is:

"I never been no nearer east dan Lake Charles and dat been lately, so I ain't never see de old plantation. At Pine Island us have de big woods place with a hunerd workin' hands, without de underlin's (children). All he niggers say Cade de good man. He hire he overseers and say, 'You can correct dem for dey own good and make dem work right, but you ain't better cut dey hide or draw no blood.' He git a-holt some mean overseers but dey don't tarry long. He find out dey beatin' he niggers and den he beat dem and say, 'How dat suit you?'

"Old massa he a big, stocky Irishman with sandy hair and he ain't had no beard or mustache. When he grow old he have de gout and he put de long mattress out on de gallery and lay down on it. He say, 'Come here, my li'l niggers,' and den he make us rub he foots so he kin git to sleep."

Yes can we not now all hear that Irishman Massa Uncle Joe Biden or the Mexican Don Mano Romney saying, "Come here, my lil'l niggers' ", and den all them lil'l niggers will be a rubbin' der feet as all is right in the carnivore and cannibal capitalist world, with Chris Rock singin' "Mr. Bo Jangles", Hillary servin' up dem mint julips, en Barack Obama still a wearin' that white face paint.....as all is right in the world, as dem lil'l niggers won't be gettin' demselves shot thinkin' they is mightier than the bullet.

After all, messiah Obamais not raising them from the dead.

"You all white folks jus' set a bit while I eats me a little breakfast. I got me a little flap jack and some clabber here. Dem old flies gobble it up for me, don't I git to it fust. Me and Cinto 'bout starve, old hard time 'bout git us. I sure wishes I could find some of Marse John Dickinson's folks, I sho' go to them.

Yes ain't that the shame in the lil Red Heifer lookin' for da open gate to run back to the white man and leave all that blackness behind.