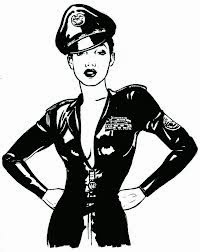 As another Lame Cherry exclusive in matter anti matter..........

A great deal has been made on the Drudge oracle and the mic head conduits starting with Rush Hudson Limbaugh III, in the discussion of the Obama dictatorship in America in Obama at press statements that he had Executive Orders and the telephone to promote his continued change of the American Virgin into a rotting cadaver.

I realize that Mockingbird in the conditioning of the public does not desire you to practice thought, comprehension nor projected outcomes, so in Lame Cherry exclusive let us back engineer this in the bold statement by the image of Obama that he had Executive Orders to further his agenda.

Mr. Obama Chin was an agent who came to power under the illusion of mass hysteria or the mob put this Designer Negro into power.
You will recall his immediate threats to financial leaders of the "pitchfork mob" in order to blackmail them.
There was the "I won" declaration to silence the GOP opposition, which was already muted by charges of racism and bigotry, so Obamacare passed with no one knowing the content.
This followed by "boots on the throat" in threats against the oil industry of British Petroleum.

Globally, one can mark the war of dark skin Obama against dark skinned peoples in his lighter skinned Muslim friends in Mubarak, Khadaffi, Assad....all were given the Cassius treatment, while the Islamic Hitler of Sudan was divested of oil, but not genocide against the Christians of South Sudan under the auspices of rogue Senator now Sec. of State, John Kerry.

I lay all of this out in review, as the Obama regime stole elections in 2008 and 2012 under illusions of democracy, to now inquire of you an answer I already know, in if a President of America were in control would he not submit like Bill Clinton an agenda for Congress to pass or as Bill Clinton in defeat, would a President not to maintain control sign all of the legislation the Contract for America in GOP leader Newt Gingrich?

Yes legislation is the glaring point in this, and Mr. Obama Chin started out with pre-written legislation like Patriot Act which Democrats in Nancy Pelosi and Harry Reid passed for him. That measure has now changed and it reveals that Birther Hussein Jinn has  lost control of Democrats and the ability to give an illusion that his dictatorship is democratic.

I will at this venture again point to that line in the sand day of June 13, 2013, when Barack Hussein Obama disappeared for most of the day, only to re appear at a sodomite event. Before June 13, B. Hussein Obama was in control of the agenda in America, and after June 13, in which the trip to Ireland and Britain showed on the faces of the Obama women that they wanted nothing to do with this Obama, that something absolutely changed, including the Obama handshake as was pointed out here.

The entire Obama regime fell into ruin after June 13, in even the blackmailed Nancy Pelosi has stopped defending it's despotry. As this blog maintains yet, a shapeshifter has taken Obama Chin's place, in Barry Soetoro has been loaded out of the building and is in cold storage to wait some political intrigue which has been spoken of.

It goes back though to this regime, in the legacy carrier has now become the human female, Muchelle Robinson Obama while the Obama Jinn issues fiat which becomes the law of the land with court record.

If you need to be informed, this is what winning looks like for you. The work which Lawrence Sinclair started in early 2008, which built the tax revolt that cut Obama off at the knees, which formed the Tea Party landslide in 2010 is now complete. There is no lame duck regime for the Obama's. There is only the dead duck.

The words of the Israeli defense minister mocking John Kerry as messianic is but a global revelation of the Obama regime has ended. It can not dictate to foreign leaders, and this again started after June 13 in the disaster of Vladamir Putin becoming world hero over Syria in peacemaker when the regime of Obama  Jinn was going to bomb those innocents.

You must be aware of these enormous reality of what it means when a person at the Oval O has no Congress and can only issue threats by dictatorship. It means that entity is completely isolated in a power void as any dictatorship is.
As this blog predicted by Inspiration, the American people would abandon Obama Chin, and that this entity would rule an area the size of a postage stamp. That reality has taken place.

As this started in Berlin, it is fitting to state this regime in kaput!

This is not to say the regime is not dangerous as it's feudal lords still rule this world which backs this regime, but with the Jinn slithering and Muchelle slithering, America has a directorship in Congress taking orders from the elite to further the implosion of America in border busters and what will be economic disaster.
This is what it looks like when the Oval O is decapitated and it is a directorship originating in Congress.

This is though not a time for celebration as the Jinn and this regime are no longer of use to the feudal lords as proof of what has taken place in Congress in the mini tyrants evolved there. It is though time to assess and be aware of the reality of all of this which has not been spoken of. Instead of awe at the Obama Jinn threats of Executive Orders, there should instead be wry smiles of the lion has been bearded. There should be awareness though that this feline with one paw swipe still can wreck the deaths of individuals and nations to change the public attention.
It is as has been stated in the agenda papers that this image of the Designer Negro might be offered up to guilt the nation into the further draconian measures as was done with JFK by the same ruling elite which staged that.

The Obama regime is finished politically, but not dictatorially as the confirmation was uttered from the Jinn's own mouth in tirade at the Oval O. This could change in part in the Congressional elections, but do not lose site that the tyrants there are not going to hand power back to 1600 Penn Avenue, as they have aspirations for Speaker chairs, Vice Presidential slots with Hillary Clinton and the presidential cabinet in the illusion Jeb Bush could do more than beat his meat.

This is large news and only revealed here exclusively in matter anti matter. The pundit or politician can term Obama a dictator, but it is false praise as they do not explain the reality of that epitaph.

I digress here but one of thee most ignorant and moronic talking points seeded into America was the term "racial epitaph". An epitaph is an inscription on a tombstone or a statement concerning a corpse. There is not in any form can it be connected to using a term like "Nigger" unless it was after the Negroid expired or someone had chiseled it onto a tombstone.

That had to be corrected as I dislike manipulation of the ignorant masses and their repeating things their minds have been warped to by Mockingbird.

This concludes with the reality that the Obama regime in Obama Jinn, exposed how absolutely debile it has become. It reveals how absolutely unwise this regime is, for it called attention to the world and the public, it has absolutely no power.
That is a fatal error as Anita Hill caught lying by Arlen Spector in the Clarence Thomas confirmation hearings. It proves a frustration, a desperation and a debilitation of this regime of Birther Jinn. Every government and regime around the globe has taken notice of this, and it is why the Jewish state rebuffed the John Kerry messianic sermon in public.
It was the Jews drawing their own line in the sand.

This was the most juvenile of outbursts of the Obama era as it revealed the absolute weakness of their position. It is one thing to Van Jones czar threaten it in Letterman cocktail parties, but it is another thing to assemble the puppy press and bark out the threats in fear.

This regime is full of fear, to overflowing. The strong remain silent. The weak bluff in vain exclamations.

Those enemies of America have noted every note of the Obama bird call and have been circling for their advantage after the revelations of June 13 arose. Once again, you are now fully aware of thee entire portrait of this which none of you figured out and your minds were stuck on stupid in prejudiced words like 'dictator" which have no meaning to you.
Now though in Lame Cherry exclusives in matter anti matter, you know the forensic psychology of maxims like "walk softly and carry a big stick" from President Theodore Roosevelt.

Those in power make no sound. Those who are weak make the most sounds.