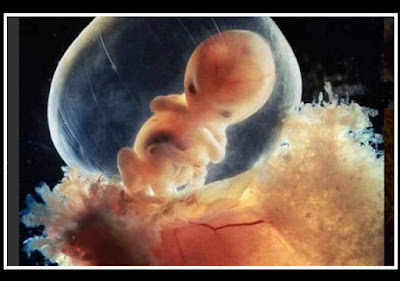 I'll see you in court.


World Net Daily featured a story yesterday which I believe is the biggest case in United States history based upon the Alabama Supreme Court finding that a "fetus has rights".


The case involves an Alabama man whose child was aborted by the womb provider in aboticide facility. What I see in this though is not what is being covered, and it is not a case of the right to life, but this case is filed in PROBATE COURT in a fetus' right to property.


An Alabama man suing a clinic for providing an abortion to a woman he says was pregnant with his baby petitioned a probate judge to allow him to represent the unborn child’s estate, reported WHNT-TV in Huntsville, Alabama.
Probate Judge Frank Barger signed off on the petition by Ryan Magers, who claims to be the father of “Baby Roe.”
Brent Helms, the attorney for Magers and Baby Roe, said Barger’s decision marks the first time an aborted fetus has been recognized to have legal rights.
But WHNT said it’s not clear if Barger knew what he was granting.
In the petition, filed Jan. 25, 2019, Baby Roe is not specifically referred to as a “fetus.”
WHNT said it reached out to Barger to ask if he knew he was signing off on rights for an unborn fetus, but he refused to comment.


So you will come to speed on what the Lame Cherry is getting at. There have been  million aborted children in America. One of those was Sarah Silverman's who relished in rolling around in natal blood telling the tale of how much she enjoyed the aborticide. The Alabama Supreme Court has ruled this child is a person. An Alabama court just ruled that a fetus has the right to a property right or probate hearing. Probate means inheritance, in other words a fetus has the right to sue or inherit property from the parent, no matter alive or dead.

The father in this case or even a friend of the court could file for the rights of the Silverman fetus, in demanding a share of the Silverman fortune upon her passing. Not in a will, does not mean a fetus is written out of the will. There are numbers of people not in wills who contest wills in court.

Nom de Deus, I hope you understand this, because the United States is looking at 45 plus years of fetus probate cases, from some of the richest families in  America. America can go from ambulance chasers to abortion chasers in attorneys winning huge settlements for their clients as friends of the court.
Put it this way Mary Jo Kopeckne who was Kennedy pregnant, has  surviving family who can file for that child's share of Teddy Kennedy's estate and they will win in court.

The wonderful part of this is Planned Parenthood has all the records and documentation of women having abortions.  Find  a memento, find two witnesses to swear that some rich woman aborted the paternal's child or two witnesses to swear that the father was the one dipping into the womb planting seed, and the probate courts will be finding for these dead children and the State will appreciate all of this as new probates mean new inheritance taxes to be collected.

Greed is what drives this world, and from this Alabama case, we have a human, with rights, and now those rights have entered probate courts to settle an estate. Literally you can have anyone filing now with the proof an unborn child existed and it will be a cash cow.

200 dollar abortions are not going to be so cheap nor is the day after pill. As I exclaimed Nom de Deus, this is the biggest legal nightmare in world history. Abortion Reparations.

Once again another Lame Cherry exclusive in matter anti matter, the liberal nightmare of Abortion Reparations.

https://thepoliticalinsider.com/sarah-silverman-ashamed-admits-shes-never-had-an-abortion/
Sarah Silverman Ashamed: Admits She's Never Had an Abortion. It seems that Silverman unwittingly gave us some insight into the mind of a "pro-choicer": they think the only acceptable solution to an unplanned pregnancy is abortion, and view any other choice as shameful. (Even Bill Maher was laughing at Silverman's pro-abortion fanaticism, retorting,... 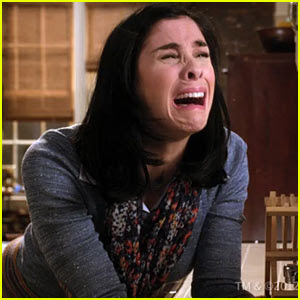 What do you mean Fetus A through Z are suing me for Abortion Reparations
in other women I helped get abortions for?