The Squaw too much buck for Justin Trudeau 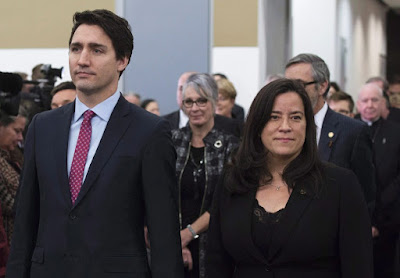 It can be understood by Liberal Canadians when Prime Minister Justine Trudeau brought Jody Wilson, the Kwakwaka’wakw squaw into his lodge, that he expected like all voyageurs for her to be a good little aboriginal in following orders like cleaning up messes and doing all the man's work, as Justin lounged at his desk being admired by bi sexual jewesses named Ivanka Kushner. 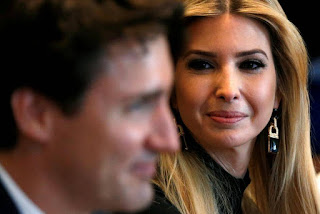 That is the filthy huge secret in why Justin Trudeau hired an Indian to do the dirty work for his regime in Ottawa, because the stereotype of Indians being stupid, lazy and obedient were what the Liberal regime expected of an Attorney General in Jody Wilson. After all Birther Hussein Obama hired two darkies in Eric Holder and Loretta Lynch to cover up the myriad of crimes of Obama Inc, but the Canadians of the West were a huge surprise for Justin Trudeau, as when the Prime Minister ordered her to break the law she declined. When the Prime Minister pressured her and the entire regime to break the law, she said NO. When the Prime Minister banned her to the Ottawa Reservation, Jody Wilson remained strong, even in a demoted position in retaliation for four months as the story of Trudeau Crimes permeated the  Parliament, and Jody Wilson was able to tell the Truth before the Canadian public.

According to the BBC, Trudeau is facing claims that he exerted intense political pressure on Canada's female, indigenous attorney general, Jody Wilson-Raybould, to "abandon prosecution" of Quebec-based engineering firm SNC-Lavalin, a "corrupt company" with alleged ties to Trudeau and some of his closet political pals. When Wilson-Raybould refused to call off an investigation (and subsequent prosecution) into SNC-Lavalin over fraud and corruption charges, the story goes, Trudeau fired her.


The story behind the psychological torture which Justin Trudeau unleashed on this Canadian woman is the stuff of war crimes. For months he ostracized her,  bullied her, isolated her and tried to break her. It was reprehensible misbehavior and the things which Canadians are simply not known for.

"For a period of approximately four months between September and December 2018, I experienced a consistent and sustained effort by many people within the government to seek to politically interfere in the exercise of prosecutorial discretion in my role as the Attorney General of Canada in an inappropriate effort to secure a Deferred Prosecution Agreement with SNC-Lavalin," Wilson-Raybould testified.
"These events involved 11 people (excluding myself and my political staff) – from the Prime Minister’s Office, the Privy Council Office, and the Office of the Minister of Finance. This included in-person conversations, telephone calls, emails, and text messages. There were approximately 10 phone calls and 10 meetings specifically about SNC-Lavalin that I and/or my staff was a part of," she added.

In a rare, but fatherly defense of his daughter, Bill Wilson, a Kwakwaka’wakw hereditary chief, spoke out, literally calling Trudeau the worst type of misogynist and coward. Yes Justin Trudeau is a Liberal who has only smiles for Princess Ivanka, but those squaws only get scowled at as they have only one purpose. Justin Trudeau is the worst form of Canadian racism which all the polite labels of "Original Peoples" and placing one of those dark skins in your cabinet as a political whore to show you are more tolerant than others, can never remove.
Trudeau proved the point that the squaw is what you keep in your lodge while you parade the white Ivanka around to impress the world. 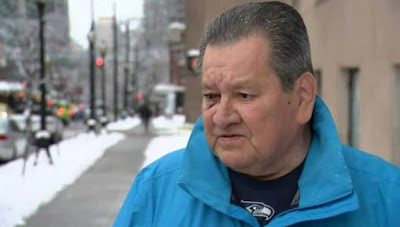 Bill Wilson in plain speak, did not hold back in his disgust for Justin Trudeau and the Ottawa regime in a most refreshing assessment of all Justin Trudeau is and what he tried to do in breaking his daughter.


“It’s tragic for her and I think it’s tragic for the country,” Wilson said.
READ MORE: Jody Wilson-Raybould became thorn in Liberals’ side before SNC-Lavalin case
“She upholds integrity and dignity and the rule of law and she gets kicked in the teeth and moved down to veteran affairs. As important as that is, the reality is that it’s near the armpit of the cabinet,” he continued, adding that “Indian Affairs is the armpit of the cabinet.”


For those who spied the Seattle Seahawks logo on Bill Wilson's shirt, that is the white eagle and a symbol of the Kwakwaka’wakw Indians. 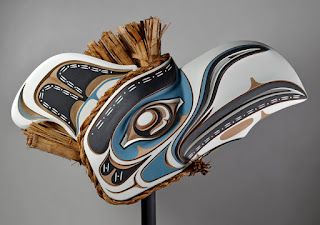 Jody  Wilson is the tip of the Trudeau Iceberg as the regime seized a Chinese citizen for arrest, which set off an international firestorm, in which the Chinese accused the entire Trudeau regime of White Supremacy.


Indeed, since Meng’s arrest, Chinese diplomats and the Communist Party-controlled press have tried to link Meng’s arrest to, among other things, Canadian white supremacy.


Justin  Trudeau and Canadian Liberals created the Canadian cesspool. They have a long history of hanging Americans standing up for Metis peoples named Louis Riel and Justin Trudeau has proven he is the same racial thug as he imports Asians to do the hard work, the Muslims to do the terror work and the Bucks and the Squaws know their place of keeping the lodge warm and clean so Trudeau can shit in the corner and call it a Liberal work of art.


The Lame Cherry demands statements condemning Justin Trudeau and his regime from the administration of Donald Trump.  Ivanka Kushner could not on false accusations quickly enough meddle in Alabama elections in condemning the innocent Christian, Judge Roy Moore, but when it comes to her beau Justin Trudeau, Ivanka Kushner is again silent on a real crime of a man using the entire Canadian government to afflict on a woman of color.

I would hope that Jody Wilson and her father, Bill, would renounce liberalism as they have witnessed the fraud of what Ottawa is and become Conservative leaders for the advancement of Canada, as both of these people have proven they can not be intimidated and are the strongest of people.


Jody Wilson-Raybould says she is “overwhelmed and grateful” about an outpouring of public support since her scorching testimony in the SNC-Lavalin scandal.
And despite a nasty internal backlash after her explosive appearance before the federal justice committee, she has no intention of quitting the Liberal caucus in Ottawa.
“It really has been quite remarkable,” Wilson-Raybould said Saturday, in her first public remarks since her bombshell testimony.
“I have heard from thousands of people — neighbours, friends, constituents, as well as people from all across Canada.”
The former attorney general said she plans to run for re-election in the fall under the Liberal banner in Vancouver Granville.
“I feel overwhelmed and grateful. In my mind, all I was doing was my job.”


As she has not learned her lesson yet about Liberalism, but Canada is learning about Justin Trudeau in all his smarmy and racist lack of character, along with Trudeau's attack dogs smearing the former Attorney General.
Trudeau sent out a menacing male darkie to do his dirty work on Jody Wilson, as the charge was of course a squaw could not handle a real job, as she was a squaw. 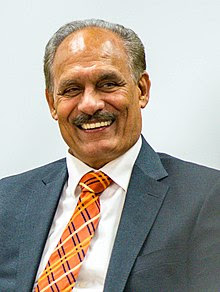 “The way she’s acting, I think she couldn’t handle the stress,” he was quoted as saying.
“I think there’s somebody else behind — maybe her father — pulling the strings.”


There are continued investigations into the crimes of Justin Trudeau, but the Trudeau line is that the squaw is too ignorant to know what is illegal and what is Trudeau, and how can the rat house of Ottawa ever expect to perform Justice any more than what the DC shit hole in America can ever indict the Liberals who actually have committed crimes.

Jody Wilson can invoke her aboriginal character, but what the Liberals of Ottawa brought her in for, was stereotypes. The fact is for Indians in Canada, Jody Wilson has set them back politically as Birther Hussein set back Afroids in America. Liberals will never appoint another Indian to any position, unless they really are as crooked as Justin Trudeau is, and their past time is falling down drunk and sleeping with the dog shit in the village.

Canada is still the Old Regime and the Old Dominion where the wogs have their place as the crown cronies are above the law. Justin Trudeau should be in chains by the RCMP, along with is terror cabinet over what they did to Jody Wilson, but the Canadian  police state is protecting it's succor again as investigations proceed and Justin Trudeau, the racist thug, still sits leading Canada and Canada will condone that racism, because Jody Wilson still wants to be on the Trudeau Reservation. 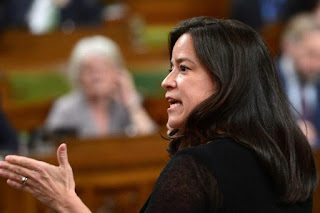 https://www.nationalobserver.com/2019/03/03/news/significance-jody-wilson-raybould-invoking-indigenous-big-house-laws
Rarely are Indigenous laws invoked on Parliament Hill, but that's exactly what happened this week when Jody Wilson-Raybould cited core values shaped by "a long line of matriarchs" in front a House of Commons justice committee.

Canadians like pretending they are polite as they beat up squaws and smear the United States, but the songs say it all in what beats in the heart of Ottawa and Liberals in what is the Canadian gulag.


The Guess Who - All 14 minutes of "American Woman" - YouTube