It is NOT yours to give Donald Trump 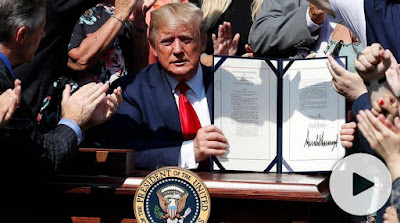 
Hey Mr. President, I need a roof on this house as it is leaks.

Hey Mr. President, I need a vehicle which is not beat to hell after your HAARP snowstorms.

Hey Mr. President, I am sick and disabled, but I have to keep pushing myself and working as I can't get food stamps, can't get disability and am too rich to get any assistance.


Amazing thing those 9 11 leeches which appeared at the White House, were being PAID for their jobs, have gotten millions of dollars robbed from me and other poor people, and have the nice clothes and money to travel to 1600 Penn, stay in expensive DC, and amazing thing is, they do not have to work because they have a roof that is not leaking and new cars, but you are giving them millions more in money robbed from me and millions  of other poor people.


Amazing how New Yorkers are the ones who you care about, and the rest of the people who actually did vote for you, you continue to rob.


Davy Crocket and Farmer Bunce: "Not yours to give"

hushmoney.org/Davy_Crockett_Farmer_Bunce.htm
Not Yours To Give Davy Crockett on The Role Of Government from: The Life of Colonel David Crockett compiled by: Edward S. Elis (1884) " Money with [Congressmen] is nothing but trash when it is to come out of the people. But it is the one great thing for which most of them are striving, and many of them sacrifice honor, integrity,...


"'No, Colonel, Congress has no right to give charity.


No Mr. President, the United States does not owe a debt to anyone. A first responder is no greater than a farmer providing food for life than a teaching providing knowledge how to earn money  for food.
You are an ignorant mind Donald Trump.


Trump said, "Our nation owes each of you a profound debt."


Everyone of these people have NEW clothes and I sit here in dead people's clothes at 25 cents a piece from the Thrift Store. This blog put you into the White House by God's Grace Mr. President and you abandoned MAGA.
You have your priorities not in order with other people's sacrifices and other people's money. 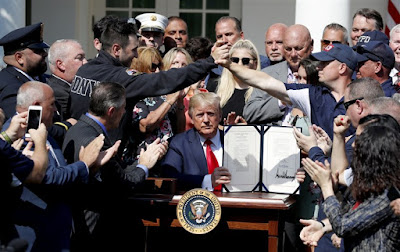 Donald Trump why don't you just give each of them 100 billion dollars each, as that would be more fitting for such a profound debt you feel for these money whores you are pimping for 2020 votes.