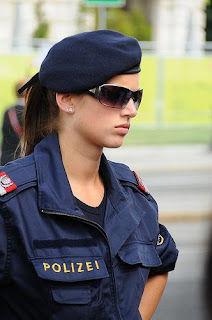 
There is a most interesting coup against Chancellor Sebastian Kurz of Austria. What first began as a Romanian Jewish operative who worked for Bill and Hillary Clinton, has the earmarks of the CIA, in that same internationalists of the anti Francis Jesuits, welded with Steve Bannon, who is the same operative who did not publish Andrew Breitbart's dirt on Barack Obama to bring Obama down, after Breitbat was assassinated, all forming this same ordered thrust which performed the coup against Donald Trump.

What is of note in this, is that both the right and left in Austria joined to bring down Sebastian Kurz for these deep state machinations. What has leaked two months before the elections in Austria is a fake Jeffrey Epstein pedophile scandal, all meant to finish off Sebastian Kurz.

It is most interesting to watch this destabilization of Europe in an attempt to keep the socialist order in place in Europe protected by American debt and nuclear weapons, for the elite to rule the cloth of the land.

Sebastian Kurz is a Hapsburg, new order tyrant in the making. His current form of welding Austria to the Netherlands for hydrogen power, as the Dutch have an ocean of water to apply electric current to, is not realistic. Kurz instead should have unleashed thorium electric power in Europe, forced France to shut down their disaster in the making nuclear power industry, used high speed electric rail, with steam boilers for freight and seized Libyan oil and gas for the heavy transportation of vehicles, as the base structure for Europe.

He stands for a leftist eco green state directed economy, independent, and that is why Sebastian Kruz  is experiencing coups against him, because just as Macron and Merkel overthrew the 2019 Parliament elections of the People,  Kurz is divesting the Rothschild banking order and their minions from control over Europe. 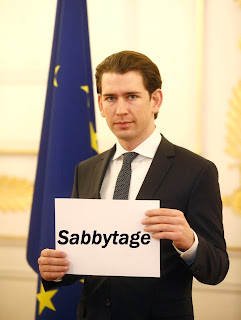 "Dear friend! Today I turn to you with a few personal lines. The last few days have highlighted the degree of horror this election campaign will bring.

2017 - we all remember the dirt bucket campaign of a SPÖ advisor - was obviously just a foretaste. From left and right hails almost daily new undertones, defamation and dirt from the deepest drawer. It started with fake mails and this week saw the sequel, as well as the Tyrolean SPÖ boss Georg Dornauer has spread a fake mail. Not enough rumors about child pornography, drug abuse or corruption are being spread. True to the motto: "Something will stick", nothing is left untried to stop us and thus our way for this country. Their aim is actually to fight the change that we stand for by all possible means. And so are all those who support this path of change. But I ask you: is it this policy we want? Where politicians are dragged to the bottom in the dirt? Where hatred and discontent are stronger than political will to shape? Where some are ready to resort to all means? At least that's not my understanding of politics - and it will never be!

I am here for a single reason: to serve the land. With a policy that I think is right. And with issues that are crucial for the country, if we want to move forward. Politicians will be elected and I will fulfill this task. And to all of you, I can only ask: The change we started is not a gift. It is hard work and hard-won - by all people who supported this path. That also applies to the election result on 29 September - good polls or not. If we do not profess ALL Together in color, in conversation or in social networks, in the end we will be jeered by those who are currently fighting with all means against us. The decision is up to each and every one of you. I have made my decision: the change must continue - for Austria."


Kurz change is like the Obama change, like the Trump change. Obama's was the change of America to communism.  Trump's change was to be to Reagan State's Rights. Kurz's change is the time when the Habsburgs ruled in a peace which was diplomatic by marriage. Kurz has engaged in marriages of treaties, leap frogging to technology from China and the United States, with Africa as a  consumer state, led by European technology.
That is far different from American nuclear power and debt, creating an artificial tax state in Europe which rules Europeans from the womb to the tomb for a managed order.

This is the battle for Europe, and it begins in  Austria. The Merkel and Macron centralized authoritarians installed in the EU Parliament are weak, for the purpose of being controlled by Berlin and France. Sebastian Kurz is elected in Austria, has the chance with a majority in Austria, to gain the control in an EU Parliament which is weak.

There will be more on this later, but there are indications this in the works.