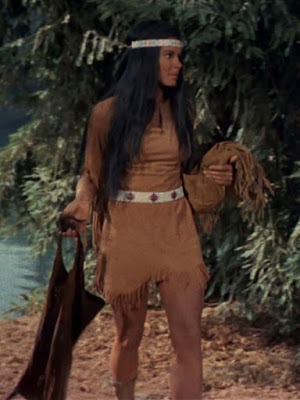 Part of me is flattered as an international celebrity, and someone who knows all, to have small minds quoting me constantly. Like when I inquired of Big Foot, and it was described as a trans dimensional being, and I published it, the Sassie Q's all bit on that like chicken at an Obama event, and now on Coast to Coast AM, all you hear is Big Foot as a trans dimensional being, but none of those minders mention that came from Lame Cherry and none of those jet setters donates any cash my way.

It gets so bad that my cousin was telling me her little boy is Big Foot goofy, and she was explaining about Big Foot is a Trans Dimensional Being.....I bit my tongue and rolled my eyes and thought, "Yes and you are talking to the poor orphan girl who produced that information exclusively".

The reason, here am I posting on this is, is I have been pondering this for sometime, in you may have noticed that from the late 1950's onward, there has been a progression, ever since the Nazi opened the portals in Germany, for a number of events which keep manifesting and growing in dealing with these trans dimensional beings.
This is what this observation is going to deal with, and if you are like the asstard who thought I was serious about hunting Big Foot, just believe in the flat world and your superior intellect, and move on, as the information here is a study of Trans B's.

When Christians began dominating in Europe, the old oracles went silent, because the demons were being displaced. This same situation took place in the United States, in the more Christian Protestants moved west, the shamanism disappeared along with their conjuring.

The Indians of the southwest were quite adept at creating energy beings, and if you notice on Coast to Coast, there ia an impressive portal opened in the Utah and Nevada area, where something most malevolent is stalking about on a ranch out there in George Napp reporting or Connie Willis in her constant pop up trailer, red eyed Big Foots who she is having intercourse with.
The old portals are open, and those beings are moving through again, as Americans have displaced Christ from the leadership and protection of Americans.

The more the ignorant focus, ask for, desire the experience, of interaction with these Trans B's, the more the channel becomes easier to travel through, and these things suck energy.
I have written of the things that followed TL and I to the brier patch. The one night we saw a  literal Hollywood Washington Irving black cloth ghost in the trees gave us pause. We knew something was around here, as our goats were terrified of my wearing a pair of black coveralls. That thing spooked one of our girls and she ran into a panel and broke her neck or that thing broke her neck. Evil manifests and grows, and is fed by other hateful people. This is what is manifesting all through the United States and Canada on the old shaman lines.

It was not that the Indians could control demons or the dark energies. It is they bribed them. There was all sorts of manifestations beyond Big Foot which were part of the various cultures of the dark forces.
Teddy Roosevelt when hunting the Couer d'Alene area of Idaho spoke of massive forest fires, and their guide Jamal, an Indian who kept making excuses about not wanting to go into the mountains. Old forest makes some awful noises which sound unearthly and there seems no explanation as that Columbia country was rough and troubling, but Jamal finally confessed that there were little people in the mountains who were dangerous.
Roosevelt discounted it, and none have ever been discovered, but the Indians knew something was there from experience.

The problem with witchcraft is, that few are cultist practitioners going to hell, and those who dabble in it, create dark energies or bring forth demons, and never have control of them. They do not build a cut off date, they do not stop the growth of energy being accumulated and they do not comprehend that these energies can become a type of life form.

The Trans B's or shapeshifters are of that old shamanism, and they keep transitioning back and forth as they have limitations on regeneration as ghosts do, in needing ionized structures to manifest, and then fade from whence they came. Again, the problem in this is, people are wanting this stuff and it is energizing it. So that things are appearing what these idiots "think" in their prejudices. It is like Ghost Busters in the guy who thought of that marshmallow man and it appeared. People think Big Foot should have a family, and what appears are families of Big Foot. People think they should be chattering and sure enough, the Sasquatch start sounding like primates from Darwin.

Big Foot began as a creature of nightmares, of boarderman animals lusts like the Indian savages, and has manifested to storybook legend, and in this in some locations, the brutes have manifested into murderous rapine against the quiet and gentle deer. What is in the human is manifesting inside the Trans B's and they are dangerous as the human sub conscious.

Do you understand the point of the Lame Cherry in Trans B's? Do you understand that some of these creatures which range from Thunder Birds to Big Foot to whatever else Loup Garu is coming out of the minds of Quebec, that like nature is neutral in energy, can be used for good or evil, the Trans B's which are manifesting are building on the combined Godlessness of the reptilian brains in the people who are going out looking for something they are wanting to find, and that energy is mirroring the direction of the people who desire it.

Not all of this is Trans B's. That energy which George Napp has spoken of on the infamous ranch out there, is a malevolent energy to it's own. I suspect it is some Hopi or Navajo creation sent to other tribes to prey upon them, and that thing has been out there for centuries,  That thing really hates local Indians and is quite murderous. It has though become attached or was attached to a certain structure and that ranch is where it manifests as "home".
I have not inquired what this thing evolved to as it's primary mandate was no longer available in numbers, but this has a charge of it's own and it is a force.

There is a difference between dark energies and demons, in demons are self sustained, while the others depending on the charge can be remedied by various degrees of neutralization, but it is something that can be surprising in the remedies. I will not post them here, but I did promise Richard and Stephanie to explain to them what I have been up to this past summer in the cause and effects. Needed to be said, by accident, I trapped a demon in a location and it was knocking things around a bit which alerted me I had done something unexpected. It was vanquished, but I only learned from the experience. They are on a Spiritual revelation which is adult to hold the knowledge, other have no use for it here or in their lives as the Viking would not have need, but still others would abuse it and cause more problems for others.

I honestly never conceived I would be writing or experiencing these things, simple as a Protestant Christian, this is an area to avoid and remain at peace. Others though kept disrupting our peace and I had to be educated by the Holy Ghost in how to deal with the issues.
I still need Uncle vacated from our property as I have more work over there, but Lord God, what I was moved to do on that grid has been one of the cats on a hot tin roof which I had no idea of, but watching the results for months has amazed TL and I as to what keeps taking place.

Trans B's. Now you know a little more, and of course this will permeate the Sassie Q's and they will all become the always experts in not admitting what asstard problems they are and the problems they are causing, but they will have a new revelation to revel in.

Perhaps I should hang a shingle out online, and charge 1.4 million dollars to Lame Cherry bad energy places. First deposit and no returns, because no one wants to be short changing me, in what I have proven will be unleashed by God for me.