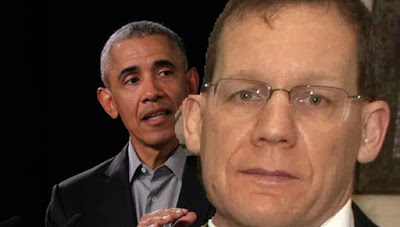 sell your soul jew boy, i'll be your messiah


With the appearance of Harvard holocaust against humanity professor Charles Lieber in connection to the Wuhan Coronavirus, what is most damning it the Mosaad deep state in the United States going into Obama red flare overdrive in trying to Mockingbird tamp down this revelation.

Dr. Charles Lieber: No Evidence His Arrest Was Related to Coronavirus

The CIA Mosaad is being clever in stating Lieber's arrest had nothing to do with Corona, but if one looks at the evidence, Charles Lieber demands the arrest of Barack and Michelle Obama, DCI John Brennan and FBI Director James Comey, as much as Sec. of States Hillary Clinton and John Kerry.

Charles Lieber could not have been engaged in what he was engaged in, if the State Department and the FBI with CIA had not signed off on this transfer of Harvard biotech data. The IRS knew certain that Lieber was raking in millions of dollars from Peking. There were red flags all over this for years as this began in 2012 AD in the year of our Lord, and yet it was not until Coronavirus Wuhan appeared, that Lieber and his PLA associates arrested by Christopher Wray's FBI.
That fact of Christopher Wray absolutely proves that for 2 months the FBI has been ordered to scour all American connections in the bioweapons field to discover the link in how China took the Arabian SARS and transformed it into Coronavirus Wuhan.

To save time in this, Mosaad runs numerous Jews around the world. Charles Lieber was a Mosaad extension. That explains why Jews in Tel Aviv went into panic mode over Coronavirus in shutting down all Jewish access points with China and trying to sell the world masks to make a holocaust profit off of it all.

What this blog is about to reveal is what this Trump coup has always been about. Mosaad has American AI and this is who Charles Lieber was, and he was reporting to Tel Aviv what was taking place. Shin Bet which backs Donald Trump shared this information to the FBI, which pounced. The reason Shin Bet did this, was to curry favor with the Europeans who were behind this, in order to protect their interests as China produced a first strike biological weapon to take over the world and oust the cartel.
Charlie Lieber is cover for what was taking place.

Charles Lieber is a spy as horrid as the Atomic Weapon spies in the Rosenbergs as he helped build the biological bomb. It was his facility, Harvard protocols which were the framework for China to convert Arabian SARS to Coronavirus Wuhan as a biological first strike weapon.
As for the PLA Chicom duo arrested. One appears to be what China does in stealing intellectual property, taking out patents and making money for communists and the other is the PLA 6th column using American technology to mass murder Americans.

Charles Lieber is serious stuff, and he could not have operated unless Obama and his people had not signed off on this. This is happening all across America from Chinese diners laundering money into Wall Street to Bill Clinton's letting China steal American suitcase nuke technology.

The facility which Charles Lieber built, created the original Coronavirus Wuhan. It was replaced though by genus specific biological Corona's, and they were released as other shedders have been released into the target populations.

Liebe was leaked in order to provide cover as this all goes back to the Jewish bio bombs, and into Dr. Germ who created the faulty Iranian SARS which was to wipe out Saudi Arabian Sunni. Just as Jonathan Pollard was offered up by Tel Aviv for that Jewish fiasco, Lieber has been offered up as cover, and to lay the trail of this where it should be on the bloody hands of Barack Hussein Obama. Peking could not create a virus, if Obama had not sanctioned Charles Lieber to provide Peking with the tools.
It is irony, that the Europeans overthrew the American government to install Birther Hussein, and now Birther Hussein is the link to a global disaster that the Europeans had to create in China, in order to save the world from the Dr. Germs of China and Iran.

All of this CIA Mockingbird media proves that Donald Trump has not drained anything, as this propaganda group has gone into gear to protect the criminals in the Obama regime again.

None of this cover ends the fact that the world order was about to be attacked, it struck back first in order to preserve that order, and the reason these events have unfolded have to do with Birther Hussein Obama and his criminal folk. I doubt it will resonate with liberals like Chris Matthews or that Dyke from CNN, but what they worshiped in the framing of Donald Trump is the same operational group which created the situation in Wuhan China. I have a revelation for you, in this is the known problem. There are hundreds of others things the Obama folk did which are as absolutely as viral as Wuhan, but they have not manifested yet.

Charlie Lieber reveals insular points not exposed previously, but suspected. The cover for this is to blame a Harvard spy who did not know he was really being Dr. Germ and China just accidentally was working in Lieber's lab with World Health Organization oversight on a pandemic virus which would kill Americans, Indians and Japanese. So everyone was innocent and it was the American's greedy fault, but not really a greedy Jew or a treacherous Obama, as things just happened which .......what was it James Comey said about Hillary Clinton, "She did not intend for this to happen, even if it did".