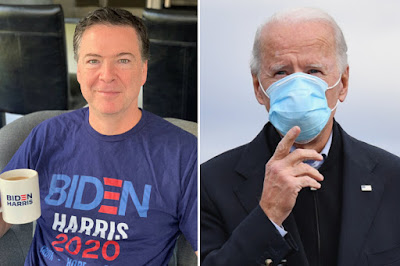 I am going to remind each of you, from the cowards who ran away, to those who hid, to those who stayed visible to this Lame Cherry, that the Holy Ghost was silent in all of this election fraud as He knew I would start generating content and He said nothing to me until the next day in King David in the Absalom coup.

It all looked very hopeless for President Trump then, and I was puzzled as Shin Bet and the lords and priests who have protected the President simply disappeared. No one disappeared and the Presidential silence was of necessity to let this all play out in the week which followed as the Trump sanctum had all the data of vote fraud. They needed though the later physical criminal actions to catch the last of these rats.

I suspected something was up, and informed all of you to raise your hopes, as your scattering and running away was not going to be something you wanted to face later, and it was not helping the President out as a line had to be held with the sappers in the wire.

Put it this way, Donald Trump, Rudy Giuliani and Steve Bannon had Biden's pedo laptop for almost a year as the FBI sat on the cover up. They knew of the voter fraud which Bush fam was involved in, knew of Obama getting 10 million votes flipped, knew of the election fraud in 2016 AD they overcame and they knew MI6 was involved in this, and instead of stopping it, so another operation could be engaged in, they let it go forward, recording every detail.

I suspect a number of things, but I will not post on them as this has to play out, and the time to note things is after the race is won, not while the rats are beginning to figure out their necks are in the noose.

This is now a matter of conspiracy, treason and high crimes. It is going to be a sweaty ball sack on the lesbians with John Roberts in the Supreme Court to certify high crimes which will get them hung. I think part of this is personal for President Trump, as it was with Obama humiliating him. I believe the President wants to rub Bunghole John Roberts nose in it, to smell the shit, and to make this traitor say that Donald Trump is President. The President can haul anyone he wants out after the crackdown is unleashed.

Yesterday, sources told us that the CIA was in charge of running the vote theft operation, with Gina Haspel deeply involved in straight up treason. On election night, President Trump and hand-selected DoD personnel were sitting in secure command room, watching and documenting the entire election theft taking place in real time. All the vote theft was recorded in detail, and this vote theft was allowed to take place so that deep state treasonous actors could be caught in the act. Big Tech, the mainstream media and the CIA are all conspiring to try to gaslight the nation and falsely claim that Biden won, even as they all know the election was stolen via voting machine software theft. This is why they are rushing to remove Trump from office right now, with John Brennan, Obama's former CIA director, practically crapping himself on live TV and demanding Trump be immediately removed via the 25th Amendment. That's because Brennan and the other deep state actors know they've been caught. Trump has all the evidence. In fact, he has a detailed transaction log showing the fraud playing out in real time

The Richard and Stephanie part of me is most interested in the Serbian Dominion Software along with Scorecard in the codex. This software was really acting like the artificial intelligence was having a software breakdown. It was like an autopilot flying a plane into a stall, then blowing out the engines to a Biden climb, as it was dumping the Trump cargo all over the place. It was full of glitches which I think were trojan written into it, and it was also firing in states of turning no votes. It was like an obsessed Turret's crank, not cable of Biden fondling the women and the children.

This software should not be  triggering like this. This is akin to you having programs open and close or an open word program, erasing what you wrote and writing something else before your eyes. This is fucked up programming and it should never have come out of the shop. It did though and it kept reaching out and digging into the vote count as it could not stop. 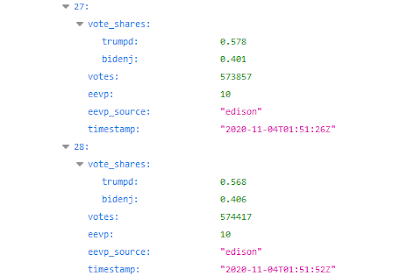 As more time passes, more evidence appears, and it is overwhelming. For Michigan to have Democrats and Dominion engineers with photos of vote fraud in the e voting, is proof that this was a DIA counter intelligence operation against Biden and MI6's vote fraud. I am not going to say more about this, but do not think that the lords and the priests did not know what was happening on both sides.

What I will say is, all those trolls who got involved in this for Biden, is in this age of your identity being known on Amazon and matched online to profile you. the intelligence and security community in basic political lists of who belongs to which party, knows to the last name, who was sitting at which computers, who was changing which votes and who was doing what. There was just too much laptop Pedo Biden time, for there not to be precise data, and knowing which trolls were voting 5000 times.

The bigger the Obama Intifada is paid to riot, the bigger the crackdown will be and the more in depth to the exact crooks it will be.

Do you really think the Sanders people who got suckered in having two elections stolen from them are going to be rallying to save Joe Biden who caused this disaster?

Do you really think the New York Times just left up the records of Biden Scorecard to be found by accident?