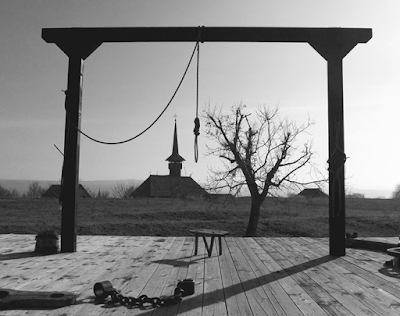 The Lame Cherry has been observing the actions of President Donald Trump as he moves into his second term of office as president erect Joe Biden, appears to be the Judas Goat leading his entire Bidecon to their being exposed for their involvement in treason and open warfare in foreigners against the United States.

Since the President was in the Eisenhower Office building with key Defense Intelligence Officers, there have been a most interesting series of actions coming from the Oval Office. If one observes the Trump inner circle, they are all DIA. The pardon of General Michael Flynn, frees up the most dangerous democrat asset the President had, in it reinstates all of the Generals high level security clearances.

From the moment that DIA seized the CIA complex computers in Frankfurt Germany, there has been a direct trend, based in the placing of Trump Patriots in the Department of Defense. Those Patriots are all experts in urban psychological and literal warfare. They are experts in how to deal with an American Intifada.
These experts are now in direct operational control of the Special Forces of the United States.

From 2018 AD in the year of our Lord, in September, the President has had in operation an executive order declaring a national emergency over foreign attacks on thee American election system. With the teeth of seizing all assets of the American conspirators.

There is something additional in this, in the President stated previously that these traitors had challenged the wrong man, in he would not rule out executing them.

Trump refuses to rule out opponents being executed for ...

https://www.independent.co.uk/news/world/americas/us-politics/trump-treason-comey-mccabe-strzok-page-white-house-a8928556.html
Trump refuses to rule out opponents being executed for treason: 'They tried to take down the wrong person' US president targets former FBI officials involved in Russia connection probes

The President has been on an Executive binge in finally Making American Great Again, PREPARING FOR HIS SECOND TERM. That is the Trump thought process in this. This is not hurrying to get things done before Biden plants his vote thief pedo ass in the Oval Office, this is not the end of Trump's first term, this is a President who has put together key assets, linking military and legal authority, to achieve an outcome.
The President told Rudi Giuliani that he would be remembered as the greatest patriot in history the day before Thanksgiving in saving America from this Bidencom overthrow of America.

It is in this in executive orders to protect America's industrial and energy engine, that this little known directive is manifesting in the President, along with the Supreme Court findings, is making it easier to executive notorious felons, and the President is bringing back firing squads and the electric chair.

One proposal has raced through the process with little notice but unusual speed — and deadly consequences. This rule could reintroduce firing squads and electrocutions for federal executions, giving the government more options for administering capital punishment as drugs used in lethal injections become unavailable. The Justice Department surfaced the proposal in August and accepted public comments for only 30 days, instead of the usual 60. The rule cleared White House review on Nov. 6, meaning it could be finalized any day. The Justice Department didn’t respond to a request for comment.

Once finalized, this rule might never be put into practice. The Trump administration executed a federal prisoner in Indiana on Nov. 19 and plans five more executions before Jan. 20, all with lethal injections.

As Biden has sworn to stop executing murders, rapists and pedophiles once in the Oval Office, it would be wasted time for President Trump to avail such means on the DOJ and DOD again, which indicates that the President is preparing for his rightful second term, and that second term at the end of 2020 AD in the year of our Lord, is about MAGA, America First, and it has the authority and workings to apprehend and execute the coup plotters from Pissgate, impeachment, those who tried to assassinate the first family by Coronavirus Wuhan biological weapon, and now this treacherous election theft.

You can make up your mind about this chain of evidence, but this is how the dots connect, and as this blog called for this type of righteous junta to be unleashed by the President in 2017 AD in the year of our Lord as this cabal which has been after Donald Trump and Americans have employed national genocide weapons from aborticide to replacing the population with foreign vermin. The President has an oath of office to uphold against enemies foreign and domestic, and this group is mass murderous, and requires sentencing.

The President has all the pieces. The last piece is the Supreme Court making his election win legal and decreeing  Bidencon a criminal enterprise. Once Donald Trump is inaugurated, he is legal, legitimate, and the law dictates he protect the United States against all enemies foreign and domestic.

Then the pale horse will come, and a rider with balances in his hand, to weigh a reckoning on these traitors and treacherous.

I would counsel that the President and the DIA should include the armed 100 million Americans, to back the President, the Special Forces and the rule of law and order. I could think of nothing more inclusive than having a lottery for Americans to win a place in a firing squad instead of jury duty, what could be more cathartic than that. I'm sure these liberals would have their families petitioning for me to be on the squads, but we must have limits to like six firings, as even though there stand to be millions of conspirators lined up, I for one do not want to wear out my barrel on my old Winchester 94 in  30 30. I would suggest that Americans BYOB II and BYOG, in Bring your own beer, one Bible and own gun, as we have a great deal of debt and people would serve the President best in Military firing squads using the firearms they are familiar with.

In that, what could be more wholesome than, like Ivanka and Jared's children who were shamelessly run out of that Jew school in Covid liberal terrorism to tie knots in hangman's nooses. What better education could there be than for school children to say the Pledge of Allegiance, then tie hangman's knots for executions, where classrooms could gather and the Newsmax presenter would say, "Now we have the hangman's knots from Theodore Roosevelt Elementary of Sioux Falls South Dakota, hanging the election board of Detroit in crimes against America.

Let no one forget that the President set into motion for February 2021 AD in the year of our Lord, the wholesale firing of these corrupt federal employees who are of Bidencon.

President Donald Trump is preparing for a second term.