So was it dwarf queer Jews that helped Biden steal the election? 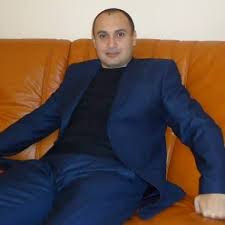 Is this a Drudge Boy Toy?

I really don't have any interest in what a queer dwarf Jew is sodomizing himself to death over, but I do find it interesting the continued cover which the fiction of Matt Drudge operated under.

In this line of work, I have been amazed at how many people kissed the ring of Matt Drudge or more to the point, how this weasel wormed his way into so many unsuspecting people's lives.

This blog has reminded you that it was Bill Casey's CIA troll in the rise Rush Hudson Limbaugh III who introduced Drudge to the Limbaugh audience. Look at the transcripts and listen to the archives, in Drudge was a mousey little twerp, and his site was nothing, but Limbaugh's free advertising drove hundreds of thousands to that site.

Drudge started out life, rooting around in garbage to get stories. He was more Hollywood gossip than anything news worthy.

I hope you paid attention to the Bill Casey link, as Casey founded ABC Cap Cities, which drove Limbaugh and later Mark Levin into being the trolls on the right. You will remember how Limbaugh sucked the life out of talk radio in taking all the money each year, There was a controlled monopoly being created after Bill Casey passed on, and it was in this time that Newt Gingrich brought in MI6 British Mosaad Jew, Rupert Murdoch, in special legislation to create FOX as the new platform, and you will remember how we were all conned by the Bush family who took our money and made it cheap, told us they would continue Reagan while destroying him, and then told us to be more like Obama.

Yes in a world where anyone crosses the Clintons, Matt Drudge unearths Monica Lewinsky as a Jew, gets Clinton impeached with Lucianne Goldberg a Jew, and none of them ended up having accidents like being run over by trains, shot in the head at Fort Marcy Park.

It is interesting in all of these Jews make Chris Wallace money suckering the right, and then turn on the right, just like Matt Drudge.

There was an article on Matt Drudge asking where he has gone and why that site is anti American left, and the excuses about Drudge is just in it for the money, as the reality is, Drudge was never genius enough to pull his site off. It was another Jew, in Andrew Breitbart who said he could bring down Barack Obama, and was assassinated on a California Street as Steve Bannon took over Brietbart and left without ever revealing what dirt Breitbart ever had on Obama, who was the brain behind the Drudge site.

The Drudge Report has become a conformist shadow

Drudge though has changed, his format changed and Drudge was soon linking with an Armenian bait click site making illicit funding off of stolen content. The owner is interesting in is now the choice of the Armenian government for protection of economic competition.

The site Hucksters found what it could on this Drudge connected bait click site  and the owner is that Armenian government official.

Hucksters has exclusively exposed the owners of the increasingly popular DNyuz.com website that publishes thousands of news stories without any bylines, authors, or credits. Despite the total lack of transparency, the website has become one of the main sources for the web’s leading news aggregator, Drudge Report, which has been popular among the right-wing for many years.

The owner of DNyuz is Hayk Karapetyan, an Armenian citizen who has run a web design business for several years. He is also the founder of A1.AM, a lifestyle website in Armenia.

Despite maintaining a very private online presence — hiding his face on social media, etc — our team was able to track him down as the owner and developer of DNyuz using OSINT research methods.

I prefer to look at the Jew angle in this, trying to overthrow American politics. The view I take is Victor Ostrovksy's Mosaad view in Armenia has a shadowy relationship with Tel Aviv. The way Mosaad cons nations into diplomatic relations is bribery, black market and blackmail. When Armenia has a shady deal with Mosaad, and their regime is rewarding the guy who is stealing content and Matt Drudge is doubling his money in bait clicking and no one is going to jail or being knocked off, a pattern forms like Ben Shapiro a Jew being anti Trump, Jonah Goldberg a Jew being anti Trump, and Matt Drudge a Jew being anti Trump. The first two are assets. The last one is leaving a trail like he is part of this massive con job which is internet fake numbers to launder money to the select few.

You did know that Obama's Jew, NSA run Mark Zuckerberg, was dumping bags of money worth millions to pay for votes in Delaware County in Pennsylvania.....and Wisconsin and Michigan.

The issue of electing a member of the State Committee for the Protection of Economic Competition is being discussed at a meeting of Armenian parliament on Thursday.

Vice-Speaker of the National Assembly from the Prosperous Armenia Party Vahe Enfiajyan noted that Armenian Prime Minister Nikol Pashinyan nominated Hayk Karapetyan for the term of four years to this post.

Karapetyan, in turn, presented the deputies his biography, and professional path.

Matt Drudge was a front man, just like Rupert Murdoch, just like all of these frauds. Bill Casey built numbers of these platforms, but they all were flipped or they were Judas Goats bleating trust and soon enough those platforms, were backing pedo Joe Biden, stealing the American election for this group of fellow travelers, this 5th Column in the United States of America.

Who gave Rush Limbaugh the green light to promote Matt Drudge? That is where to start all of this and then like Rupert Murdoch or Obama boy Mark Zuckerberg, follow the MI6 blackmail and NSA money trail to find out what this is all about, because Tel Aviv lost the need for American foreign aid and massive dope shipments to America when the Jews started siphoning money directly out of the Stock Markets and if you notice with all these bot ads in money flowing around in the billions, the same schemes are what were funding Matt Drudge and still are.

As stated I don't care about a queer dwarf Jew, but those who were behind this entity of Drudge are most interesting as they joined with stealing an election from Donald Trump the people of the United States.