Her Name Is Still Ashli Babbitt 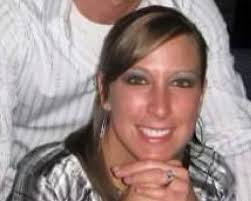 Ashli Babbitt was murdered. Who set her up for this murder?
People know and have no morals or conscience as they are still silent.

Tucker Carlson on Capitol Riot: "We Have A Right To Know Who Shot Ashli Babbitt And Why"

There were security people with that murderer behind that door. There are people on Capitol Hill who have heard things pertaining to this. There are officers who were on the side of the door with Ashli Babbitt who know what happened in more detail. There are FBI and DC moles who were in that crowd who know things. Of course their lives are in danger if they speak out, but the price of a guilty conscience has caused 2 DC officers to commit suicide over the events of that day.

There are encrypted platforms to forward information to these officers of the court. They are asking for help and people heard things before in this set up and people know things, including those people at NSA who were the ones spreading the information and running Q to cause this event for this crackdown diversion of the FBI hunting down Americans.

When this 1% can murder an innocent American Veteran, they are doing it to everyone of us when our number comes up.

Her name is still Ashli Babbitt.

If you have information regarding this matter, you may contact us and receive updates on Twitter at Justice for Ashli Babbitt @ForAshli.  Emails can also be to the address alone.

The shooting of Ashli Babbitt on January 6, 2021 by an unidentified U.S. Capitol Police Officer was an unjustified use of deadly force which violated her constitutional rights. It is clear from video footage that Ashli did not pose a danger to the officer, or any other person, when she was shot. Ashli was unarmed. She did not assault anyone. She did not threaten to harm anyone. There was no excuse for taking her life.

It is a universal law enforcement standard that a police officer should use no more force than necessary to accomplish a lawful purpose. At 5′ 2″ tall and 110 pounds, an arrest of Ashli could have been accomplished by a single trained officer with a set of handcuffs. At the time of the shooting, there were over a half-dozen police officers in close proximity to the Speaker’s door where Ashli was standing. Some of those officers had just allowed protesters access to the door by stepping aside. Other officers, dressed in full tactical gear, stood among the protesters just a few feet behind the door. Still others stood casually at the opposite end of the Speaker’s Lobby, unconcerned with the activities of Ashli and the protesters around her. All of these officers were in a position to have aided in the apprehension of Ashli if it was necessary. Given her background as a 14-year veteran of the Air Force, it is likely that Ashli would have complied with simple verbal commands, thereby making the use of any force unnecessary.

However, the officer who shot Ashli never attempted to arrest her. Nor did he call on his fellow officers to arrest her. Instead, he fired a shot into her chest. Witnesses confirm that the officer did not give Ashli a single verbal warning prior to firing. In fact, Ashli was not even aware that the officer was present, as he was located in the doorway of a room off to the side of her field of vision.

To date, the officer who shot Ashli has not been identified. Neither the Capitol Police nor any other governmental authority has given an account of the facts surrounding the shooting. There has been no official explanation or justification for the use of lethal force in this matter. This lack of transparency impedes the public scrutiny which is necessary to hold government officials accountable in a free society. It also interferes with the ability of Ashli’s family to obtain justice for their loss.

My law firm and I represent Ashli’s husband and family members. We will continue to investigate this matter. We intend to take appropriate legal action when our investigation has been completed. We call upon the Capitol Police as well as the United States Congress to make public the facts and circumstances of Ashli’s shooting.

If you have information regarding this matter, you may contact us and receive updates on Twitter at Justice for Ashli Babbitt @ForAshli. Emails can also be to the address alone.