Ode to the Travelin' Gorilla 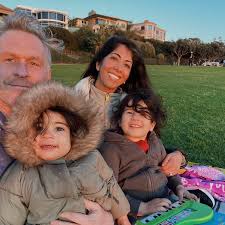 Think of the following as learning curve for you, based on that Jewtard Mike Gorilla Cernovich, and think of this not as hateful at Mr. Cernovich as I do like him, up to the point of his being Darwin stupid, and think of this as more about his gorgeous wife, who I do not wnat to see her little Persian Muslim feet sore upon stones or those Ashlam children (Cernovich is Ashkenaz and his hot wife is Elam, so the children are Ashlam) who do not need to be like so many dead pets cast along the side of the road, because mistakes are made

TL was telling me that Cerno has been hinting on Twitter about bugging out. His plan apparently in Orange Coutny California is to have a mini van escape thing, to drive to his compound. I once told Steve Quayle he had his head up his ass in thinking he was going to ride a horse out of Montana or his listeners going to use a deer cart and wheel that around in evacuating, and he did listen, as horses are huge, noisy and make great targets and wheeling a damn cart around is going to show you how much you need flat ground like roads, so you become a target of drones or whoever wants your stuff.

I have no idea of the details of Cernovich's plan, other than his hints, which are dumb ass Darwin candidate.

What is in Orange County? What is in California? PEOPLE. Orange County is about half left wing vermin tard, so if 5 million people are there, 2.5 are major problems and the other 2.5 are probably armed and are going to be firing at people moving around, and then the cops are going to be blocking roads telling you to stay home.

Now if I had a hot Persian wife and two children, I do not believe that bugging out with them in something other than an APC with a half track would be advisable. Whatever kind of van thing Cerno has, is going to have to deal with GOING AROUND clogged highways, that means ditch driving, and if ou do not think your mini van is going to make that trip, neither will Cerno's. Lose a tire and you are riding on aluminum rims for a few miles until they burn off.

An ATV would be much better, but again if Cerno is going to Arizona, Nevada or New Mexico, you got lots of country to cover and driving those damned ATV's that far is just looking for a way to put you and the family on foot, and walking on roads for 10 miles to 300 miles is going to get you crippled up at best and if not that dead. Just remember if you are going to your gaited community, those people have guns and will be shooting at things, as they are not trained like Carlos Hathcock and will be jumpy as hell, so you stroll up waving our arms, screaming about your wife and kids, and some rich asshole is going to plug you pretending he is Rambo.

Dirt bikes? Noisy and I doubt the Mrs. and two whining brats are going to enjoy that trip, again noisy and they will draw fire and a rope across the road decapitates you.

All of you be aware that the shit that is rioting in America, is the same shit that will be there, and it will not take them long to figure out how to flatten tires, and the minute you get out in being frustrated they will plug you, the Mrs. will scream, rush out and become rape trophy as the kids get their heads stomped in.

It is why if I was a rich son an Ashkenaz that m advice to Cerno is to get a helicopter and learn to fly the thing. Fly the route a few times so you are familiar with it, know the VFR, the VISUALS, pay attention to wind, and get one that will get you from point A to point B, no matter if the authorities curfew and ground everything, meaning you do not pay attention to the rules and you just GO. That means the wife does not spend two hours putting on her fucking make up and you do not take a shit for an hour, or let the kids wake up from their nap. You have your packs packed, you have emergency things for water, cooking and shelter loaded, and you go like shit through a goose the first minute that things look like they are turning south.

If I had money, that is the logical projection I would prepare for if I was going somewhere. The only alternative is the bright one in already having built your bunker / house and are living there in having worked out that you go to the bunker when shit hits the fan, and your house looks like a normal stone structure which is hell to try to penetrate. If you missed that, get your ass to where you want to be, before anything happens.

I'm not going to get into perimeters as I'm sure Gorilla has no preparation in that, and  did not choose a defendable position and either has one which can be shot into, or is on a hill begging to be noticed.

As this was about getting from Point A to Point B, that is about it for the lesson, as I honestly do not want Mrs. C and the children becoming ditch fodder. I can promise you from a brier patch life, that the minute you move, everyone knows it in the country. I had a cow that had a calf awhile back, away from the road, blocked by trees and my neighbor in passing said, "I see you got a new calf". These rural people do not miss anything. Even if you are just parading through to your expensive compound, they will note it, wonder who you are, if you are a threat, and catalogue you for future supply needs. Movement is the worst thing in war and in life. The moment you move, everything knows it and you become a target. Put your wife and kids into the scenario and that jacks up a thousand fold.

If ten percent of Orange County begins to move, that is 500,000 armed people, on edge, clogging highways, and demanding fuel. It will amplify in moving to exit points as you are always going to get some Minnesota asshole (No offence to the Viking, but I have yet to see one of those Goddamn liberal Minnesotans not have their heads up their asses in driving. In interstate connstruction, if you see a line of cars in one lane traffic crowded up, you can bet it is a Goddamn Minnesotan driving 50 mph in a 60 zone as they have no Goddamn sense. They speed in other states, breaks laws in other states, but get them on a federal highway and they become law abiding to the extreme. Me, I give her hell in driving fast and take the chance on a ticket so I do not bottle up traffic as it is dangerous.) so you are going run into lots of these assholes fucking up travel flow when ou need to get somewhere.

So probably the point in this is, you do not want to be on roads goimg anywhere in an evac. You do not want to think that your Gorilla legs are going to walk your ass to your bunker, because you will soon find out that your old man legs cramp up, your shoes get wet, your feet get sore, the kids are bawling making you a big ass target and your wife is telling you what a stupid Jew idea this is. If you need to be told this again, and that means all of you, you are not going to drive to where you thinik you are going and you are not going to walk there. You were not born in the barn and sleeping with the dew on you for years, so you are not going to make it past 50 miles walking.

That part I plan for as I know that 99% of the metro evacs will be dead before they get close to the brier patch. My neighbors are all like wolves and know what belongs and what does not. There are more guns here than Bibles, and I have lots of Bibles, so any riff raff that gets moving locally is going to get tuned up and taken care of by the first alert of a problem.

Mr. Cernovich like most of you have not invested in community with the hinterland folk, they only mock them like Obama. I know their body language, I know what they think by nuance, I know which ones I can trust and which ones to stay away from. You do not know any of this information, and the further you travel, the more of these communities watching you pass by like coyotes increase your odds as problems, because they do not want your problems coming to them.