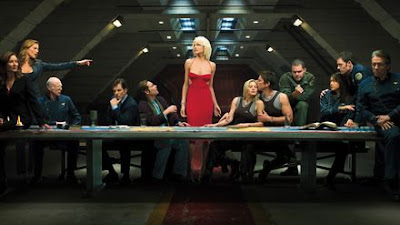 I stated I was going to address if I had time the "giddy vax attitude" which has been noted across the board by certain groups of people, who even bragged about getting this vax, even in being told it was dangerous.

Again, this will not make sense in this part, but my tools dropped out, so this is something not inquired but, but in examining the projections and the Mockingbird noting this, it appears that two major thought implants were conducted in the United States as test run cases to gauge mass population thought manipulation. The one was The Mandela Effect and the other was The Lion shall Lay Down with the Lamb.

One study appears to have involved the American left, based in the story implanted that Nelson Mandela had died, when he was still alive.

The second was the Biblical verse which does not exist in that form.

In examining this, both stories seem to be internet related, in it was people exposed to the internet which were convinced of these stories to be valid or this information to be unquestionable. The projection is, this was a deep thought archive, like elevator music with "buy" slogans built in or as television commercials used to flash pictures which would imprint thoughts in people. The Mandela Effect appears to be more electronic mass generated, while the Lion and Lamb appears to be a religious leader or presenter quoting this scripture which does not exist and then reinforced with the trigger in psychology that the Bible is absolute so this is fact.

In the Lion and Lamb group though there is a protocol which appears to have erased a memory and implanted a false reality. Mandela was simply news which imprinted as fact, a non event.

Both of these events appear to have generated in deep thought patterns. I do not say subconscious as that would be a different type of memory process like a dream, and no one reported this information was being sifted through in dreams.

Could this have been cell phones, electronic stimulus by microwaves? Most certainly it could have. The question is not the source, but the national experiments which targeted two groups, right and left, and both believed 100% that the memory was absolute.

I could dig into this more, but it means the 1% were conducting experiments as intense as the use of psych drugs to set off school shootings whenever gun control was on the agenda. There are a number of platforms, electronic and chemical being the most prominent to the passive in suggestion by image or sound. What took place was a direct information burn as people were absolutely convinced the information was correct.

What took place with the vax is enlightening as needles terrify most people, and these people are just delighted in being stuck. The conditioning does include a group euphoria of belonging, whether patriotism, order or belonging to your group of peers, there is that advocacy into which this is overlaid. The 1% has connected belonging with safety. In a way this is the Stockholm Syndrome in people have submitted to the captors and will do anything for their acceptance and validation, to ignoring the ouch of a needle and all warnings of danger.

The parameters of this are immense in what was being engaged in, as the 1% could transfer out a needle for a machine gun, and a peaceful event for terrorism and produce an insurrection which masses would be shot down, thinking they were not in danger or those in charge would not harm them.

As this vax deteriorates the brain thought process, it is a conclusion that there will be more manifestations of zombie suggestion in people do all sorts of things which they would not be aware of the danger or the repercussions. It is a hypnosis without the swinging watch.

I could do more in this, but it has been a rough few weeks. There are numerous takeovers in this, such as people now have 3 times the wealth from stocks, gold and crypto which they did not have before, but they are not cashing in, instead there is a direction to horde and place money into the 1%'s direction. In essence, all the rich think they are in control of their money, but in effect their names are on the accounts, but the money is organized for the few hedgefunds of the 1% in control, and investors have no idea they are being held hostage.

Just examine this, the stock market was 10,000 not that long ago. It is now over 30,000. Reports keep coming in about crashes and the money does not move, except for the rich. The same with metals and crypto. Crypto just took a hit by the big boys, who have the super computers to get at all that e money in cracking codes and have cracked them, and yet no one cashes in.

In past times, if you tripled your money you sold out to the original holding, and then paid taxes, and invested in other sound investments which were physically real. None of that takes place, no more than people used to take hunting and fishing trips when they made it big, now they sit on their butts tapping that slave phone they have as they already are an extension of that phone just as the vaxed are now the extension of the synthetic prion.

I have a cousin who is wealthy, but she is busy preparing. She sold her house, paid off her bug out investment, is living in a condo, streamlining everything and if things go south she has a plan to a real location to evac to. I wrote long ago in what kills most people, and that is the Jews of the Holocaust is they had money, and they held on and did not flee when the door was open. People are being pinned down by propaganda, are having experiments manipulating them and none of them will cut the ties which bind them. I will bet that a majority percentage of survival retreats and shelters will never be used, as people will be still looking up at the sky when the asteroid crashes, waiting for something really big to happen as they have that crypto and it is rallying again.

This comes to the nuff said part as once again you have been exposed to more brain straightening than you have had in awhile. I'm overwhelmed so I do not have the time, health or resources to keep pulling your heads out of your asses in thinking beyond the cube. You see things and it is a tiger tiger burning bright, and you do not react to it, but you react to some UFO shit which is another coming great deception which is being implanted into your brains as old as Gene Roddenberry's 9 and Glen Larson's Mormon influenced 9.

Perhaps this article could have been titled the Mandela Affected or with the vax the Mandela Infected, as infections of thought are the virus too. 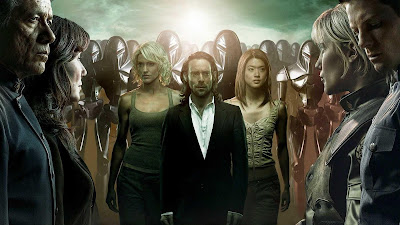