Birth of an Nation 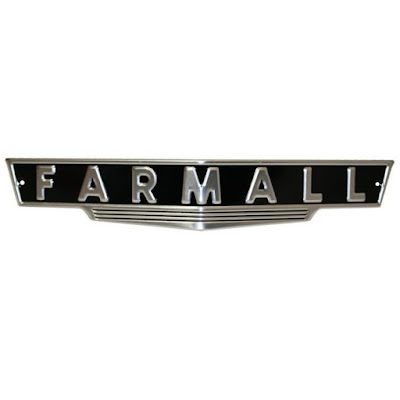 OK, so I don't know where these quotes are from, because I only saved them in my email archives, as I do that on subjects which interest me. This subject of interest is Farmall tractors, the greatest human labor saving platform ever devised.  John Deere sucks shit in the gobs compared to the Farmall series of tractors. These tractors were built to be indestructible in the frying heat to frigid cold which was America.

I have two, no  three Farmalls, and the focus here is the namesake letter additions which made this series feed the world and keep farmers from working themselves to death.

I was interested in when my tractors were born, and the way one discovers the date that Farmall cast the engine blocks on a tractor is to look in that engine block.

My H underneath the firing order has this cast, 3 28 K

The M to the right of the firing order, as on the left is another cast number reads, 3 21 Z

The first number is the month, the second numbers is the day or the month, so both of my tractors were born in March. My H is 80 years old. My Super MTA is around 66 years old.

These tractors do break and have stories to tell. The H is broken on both sides, welded in several places on the frame which supports the engine. My conclusion is someone tried to lift something very heavy with a loader with this H and broke the frame. Never have witnessed that either.

The Super MTA ...well there is a cast iron cover which is over the oil add area. It spins around on a double threaded bolt into another cast piece. This cast pieces is broken in part of it is missing. Some Big Hoss must have really laid into that to snap that son of a bitch, but that is what these tractors were, the recipients of angry men and men who were strong as gorillas in having a bad day., and they did find ways to break them.

I highly recommend them as there is going to be H and M tractors still working in America long after this modern this is fried.  They take some learning, but every part of these tractors is meant to come apart and be fixed.  Most of these tractors have been rebuilt several times over. Once you get them running they stay running. My problem is that I have gotten a hold of the exceptions of people who neglected them so bad that they just do not want to start. The MTA though once it got convinced to run, it pops off on the second turn over and purrs like a kitten.

America would be a great deal better off if America manufactured these tractors again for they were the birth of the modern world. 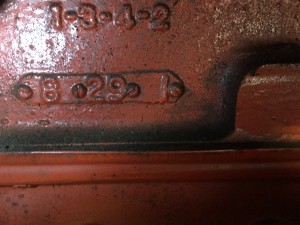 It takes a little bit of discifering to determine your tractor’s casting day, but once you catch on it’s not too hard.