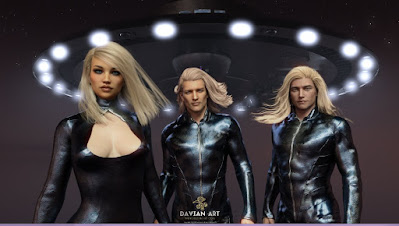 The Lame Cherry has warned all of you of the Great Deception which is coming. I came across this from image Obama, the skinwalker and former jin, who is predicting when the aliens, which are not extraterrestrials, aliens or whatever appear, that new religions will appear to deal with this manifestation.

These are demons and these are genetic creations by demon inspiration, like all this advanced technology is which arrived from opening up the forbidden knowledge in the portals.

Obama Says 'New Religions' Will Arise
After Contact With Aliens

These idiots out of the George Noury sphere have been making portals for demons into this dimension super highways in willing them open and increasing their use. You will soon see things which can not be explained, will be told things which will shake your Faith (the very elect could be deceived.). The anti Messiah in the image of Barack Hussein Obama is now paying it's soul interest in propping this alien lie up to shatter Protestant Faith for the anti Christ.

The Vax Zombie are going to buy into this. You are witnessing the EMP conditioning which is triggering normally sane people to get the vax, and the degradation of the thought process will only grow with this prion boring holes in the brain. This is all coming to a focal point and even in image this narcissist Obama still is exuding to grab the spotlight from Abaddon.