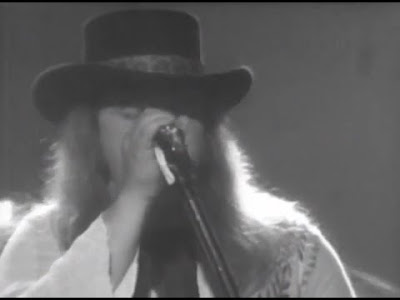 There is a bit of advice that I was told that there were two rules told doctors in military command, and the first was that people die, and the second one was that you could not change rule number one.

Vikings have a genetic flaw in the Nazi's were at world war, had occupied Norway, were killing Norsemen, and the Norwegians were still worried about killing people as it violated their sensibilities.

Vikings like all of us are going to learn that you are not God, even as Job tried to reason his way through life's bad parts, when there is no logic in it, only ACCEPTANCE.

You can and will mourn people. You will like all discover what rat bastards are around you as they turn you and inform on you in ultimate betrayal as you will wonder what you were ever concerned about people for.

So you love people more than they love themselves. Think about that. Think about the fear and arrogance in people, that they took something instead of trusting in God. You are not God and yours is not to reason why as it is wasted energy, because it is Christ Who sits on that White Throne of Judgment, not you. Your job is to not be on the other side of that gavel. You can't save people. That is Christ's position.

You can listen to satan using love against you. You can  think you have higher affections, but your affections are on an illusion of people in this world. Long ago I was reading a story by a hunter who was in Canada land cruising and he was watching a mother grizzly with a cub. Two wolves were worrying her hard, and he was watching the events, as no mother bear would ever leave her cub, especially a grizzly. It was then he saw the wolves gave the bear an opening, and she took it. The cub was shocked to be left and the wolves soon had ripped it dead.

I have reckoned the reality that people who have more fear in them of a germ than God are going to break and leave me for the wolves, just like most of you did after January 6th. Hard things are coming and they are real hard things. Read what a siege is like in the Bible in hungry mothers eating their own. Great Tribulation, means worse than that. You piss around in thinking you have morals in an amoral immoral world and you might as well stop worrying as the world is going to get you. Jesus warned to be wise to the world not a fool dying for an illusion.

Dearest Sisters,I'm having difficulty in my mind in an attempt to salve my consciousnessof having to view my family), to reconcile the factthat while their spirits may have chosen Jesus before they were born,the vax may have pollute their souls while in this world, and thathopefully the preceding trumps the present state of their destiny intheir seeming separation from God. I couldn't even read your latestcollection of 5 in one day articles for the seemingly crushing realityyou have no choice but to write, but is extremely difficult to read!As I said, I'm having trouble formulating a way to clearly and conciselypresent these fears, but we're talking eternity here. I realize you'veadvised me to look out for myself, but it seems to me at one time I mayhave viewed a movie about Dante's Inferno, and if that's not the case,The Fall of the House of Usher would have easily left many of thehorrors of the earlier Italian's circles intact.Sorry to be so incoherent for most of this...The Viking

I can and do mourn for everyone of the vaxed, even though none will mourn for me. I can help every stray that comes along and get abandoned as they run for their lives and make sure they take care of their own. The Holy Ghost made me smart enough to not jump off a cliff just because others are or stand around whining because I was abandoned on the field again. Prepare and get up and move. This is real life.

Little problem that confronts you
Got a monkey on your back

Everyone of you are going to be running for your lives before Christ comes.  Lament is a luxury for civilization. Civilization has ended even if in your luxury you are pretending none of this happening and it will all go back to the fiction you are clinging to.