The Right to Trial by Jury 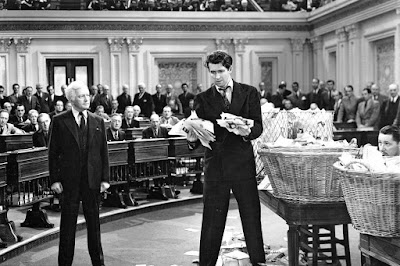 You can see Insider's searchable table of all 545 Capitol riot suspects and their charges here.

I was reading a troubling article on Yahoo from Business Insider as the Mockingbird Media was talking about what denial looks like in America. 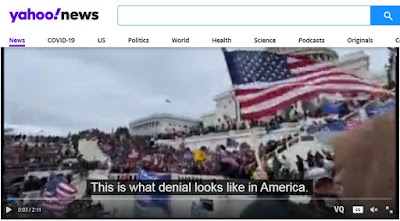 The reason it was troubling is the article admits that the FBI has arrested over 500 Americans and most of them are for misdemeanors, meaning this massive manhunt was nothing but political intimidation of Americans.

The worst of this was the expert quoted who worked for the US regime in stating that Americans should just accept being charged and plead guilty as the right of a trial by jury is out of vogue with modern manhunt America.

Yes a trial by jury is only for people out of touch as a jury is not supposed to hear a case and decide if one of their own is guilty or innocent by what that jury interprets the law to be for the individual.

But Rahmani expects a few cases to make it all the way to a court trial.

"Some of these people are on the fringes politically and ideologically, and believe they were defending our democracy or whatever ludicrous beliefs they have, so they may not take deals no matter what," he said.

"But these are not the type of cases you can defend. The ones who will end up in court are the unreasonable defendants who want to make a point politically or who have just really lost touch with reality."

I realize that the Constitution is gone, and it really is erased when you have propaganda from a regime terming people as kooks for wanting a jury trial when being railroaded by a regime, but for the sake of the facts, here are the facts.

This lack of jury trials may seem strange, as the Seventh Amendment guarantees the right to jury trial in certain civil cases. There are two main types of court ...

The Sixth Amendment guarantees the rights of criminal defendants, including the ... accused shall enjoy the right to a speedy and public trial, by an impartial jury ...

Yes the 6th and 7th Amendment deal with trails by jury which can not be denied, like most people hunted down by the DOJ are not having a speedy trial nor are being allowed access to bail which is another erasing of the US Constitution.

The people with the guns, gavels and badges get away with it, because the corporations which purchased all this 1% have made criminals out of people being Americans. This is the same thing that Hermann Goering was pulling in Germany when he fined Jews for the Brown Shirts burning down their businesses and homes, because the insurance companies could not afford to pay off the policies.

These same people always say NEVER AGAIN and here it is again. The same violations of human rights by those in power that hung Americans in 1776, same violations from Soviet Russia, Turban head Iran to the kidney harvesters of China.

None of these Amerikan leaders are coming to the point of when numbers of them will decide their families need an organ for transplant and decide people in jail owe it to them just like in Peking.

America is not on the slippery slope. It is free fall in tyranny.