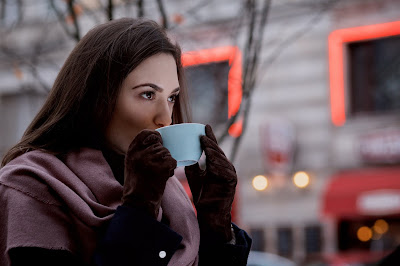 Hmmm this wild tea does mask my neighbor's shit in the water and the
dog that pissed on the barrel.

Apparently according to the experts, tea is only made from that Asian shrub, while all other steeped plants are termed tisanes.

The reason for this post is that most of you are too non donor stupid to have not acquire a kettle to boil, whether aluminium or stainless steel with non melting handles, as why would you want some junk from a junk yard with your pristine asses living in luxury.

That means tea or coffee.

You really should have purchased as I did years ago with little funds a book on edible plants and medicinal plants as there are teas and coffees in them. As much of you could not find your lambsquarter for you asses, you will have to stick with stuff like finding Dandelions, toasting the roots, finding a way to grind them, and that being your coffee. If you cook barley or wheat to a burn stage like coffee you will get the same horrid flavor.

For tea you can use stinkweed or catnip leaves dried. You can use Goldenrod, both Canadian and American. Blueberry and Raspberry leaves will give you a flavored drink, Let us not forget the Fauci cure of, White pine and other non poison evergreens as a staple to a Vitamin C tea which is pretty good.

You probably should have not been a complete lazy ass stupid and purchased things like fennel, star anise and licorice to make flavored teas which are sweet and refreshing as most of you are not in Asia.

I suppose you should have bought up several boxes of tea before things go south and as tea never expires just kept it on the shelf for the times when 1 bag of tea perked will make a gallon of tea, and not the wasteful English of one cup one tea bag.

Just remember all of these teas have things going on them medicinally, and that includes "tea".  The effects are stimulating and mild, and sometimes quite noticeable as in the mints which settle upset stomach.

Here are a few plants which are tea oriented.

Common sumac in the red berries.

Horse Nettle more green flavored like stinkweed than anything else.

Dried Dandelion leaves and I am frowning.

Spicebush and Sassafras in moderation

Juniper, strawberry, blue berry, raspberry and cranberries are tea of a sort

There are plants in Canada like Sweet Fern, Teaberry, Snowberry and Labrador but no one knows a thing about them outside their niche.

You can use willow bark ground up, but that is aspirin, so relieves pain but tastes bitter, and the idea is not to be drinking things that make boiled water taste worse.

Oh Chaga mushrooms grow on birch trees, makes a tea, but I doubt all you Darwins will know what that mushroom looks like as it was not in your text messages.