The Hatred of Star Trek 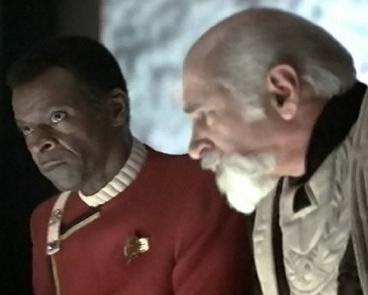 I was an actor who starred with Charleton Heston in Soylent Green
and I sank to Shit Trek, the toilet paper which has gone there before.

I was watching a list of 12 people who hated being on Star Trek. My reaction was I would have had hundreds who hated to be on that series and hoped they all would have quit, starting with that boring Jon Luc Pichard.

Some of the characters had rights to being upset, as Grace Whitney was raped by a producer, Malcolm McDowell had death threats for killing off Kirk and Garrett Wang experienced that anti Asian thing. But seriously most of these people were horrid or they got upset like Leonard Nimoy in becoming the John Wayne of Vulcans. I never did understand why people paid a fortune get pissed off that the public only wants them as that character. Hell, if Nimoy wanted to be Jew, he could spend a few weeks in the Holy Land and the Philistines would hate him, so he could find out what the real Nimoy's Jew life was.

The problem with Star Trek was always Gene Roddenberry and the Producers. Let us face the facts in it was Lucille Ball in Desilu Studios who fixed the original Star Trek along with NBC. What Roddenberry came up with in the pilot SUCKED. There were good actors, like the guy who played the doctor before Bones, in he was on Hogan's Heroes and produced stellar performances there, but the original was too British. Germans make good ship movements as do Americans, but the British suck and that is why TNG sucked with Pichard.

I will rise in defending Robert Beltram as he was wasted on Star Trek, as the producers wanted that vaginal appeal in wokeism. Kate and Jeri were just not doing it, nor more than the fag lezbo shit. The rest of this group though were ungrateful for a plush life or they had no talent.

Lastly I have never been a fan of Diana Muldaur, the ice queen. Hated her on McCloud, but she did very good on the original, but the Pichard group treated her as an outsider, and that  one group that should have been bitch slapped and mocked for how untalented they were across the board.

\Again, the Kingon is the most interesting character, and the Goddamn wasted time in that hologram with Patrick Stewart as Sam Spade was cringeworthy times 1000!!!!!

Diana Muldaur - The Nex Gen crew were pricks to her.