The Summit of Witnesses 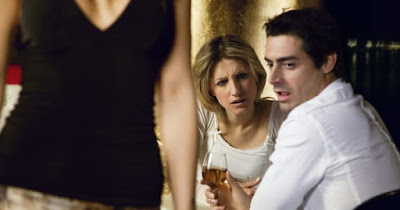 I have taken to drinking beer for dinner or lunch or whatever you call it. In the heat I can not drink enough water to hydrate and drinking all that water makes me ill, and I find that the carbohydrates in beer are an alternative in summer.

Beer actually after a hot day of work, in my bedtime routine of having one at 9 PM is actually something that replenishes what is causing problems in my intestines and does rehydrate me. I limit myself to what TL does not consume, and I do prefer 12 ounce to the 16 ounce cowboys.

What this has to do with the two biblical Witnesses is only the fact that it is afternoon here and I have had a beer and as someone did ask me what was up with them, and as I did inquire a week ago and have been so overwhelmed, I forgot.

I have had people with bad things happening in their trust, dreaming of me and touching the past again, which is a bizarre thing in I hear the things in them which they really feel and say, but only in dreams. Why the platforms I dream are the way they are, are a mystery to me at times, as .............well the Holy Ghost explains all, but the future I hope for, is melded to the future those see themselves to being with me, as their present betrayal is an education to the mistakes of the past.

I take no pleasure in someone being hurt by betrayal, none in this instance at all, even if I'm pleased the Truth is known, for the Truth is what matters whether it hurts or is pleasant, for only upon the Truth can anyone build a future in Christ.

I have spoken of TIME COMPRESSION before. Jesus spoke of this in the "days being shortened or no life would be left alive".  That is what I get in the matrix from God's Thought.

The Two Witnesses are not American or in the United States. Lots of people always have satan whisper that they are the chosen ones and they are not. Americans believe all sorts of things because they think it is them and not God.

The Two are in the Mideast, the Israeli state, and they do not know they are the two, as what was revealed from reading the matrix. I did not ask when they appear, as my focus is the compressed time lines as end date is more functional to me than an event within the time period.

The Two Witnesses symbolize the Old Testament Law of the Prophets and the New Testament Gospel of the Apostles.  Jesus the Christ gives an exact time for their appearance. They are between the 6th and 7th Trumpet.

In Chapter 10,  the Apostle John is given a book to eat which is sweet but sour in this stomach and ordered to prophesy again. John is literal and a symbol as the Witnesses are for the Condemning testimony  from the Witnesses.  In order for the Witnesses to present testimony, there must be a crime, and there can not be a crime, until the Law is revealed in the rejection of Christ. John is that testimony or his modern counterpart in those who remain Faithful. Those who reject have the evidence recorded in Court against them by the 2.

. 3 And I will appoint my two witnesses, and they will prophesy for 1,260 days, clothed in sackcloth.” 4 They are “the two olive trees” and the two lampstands, and “they stand before the Lord of the earth.”[a] 5 If anyone tries to harm them, fire comes from their mouths and devours their enemies. This is how anyone who wants to harm them must die. 6 They have power to shut up the heavens so that it will not rain during the time they are prophesying; and they have power to turn the waters into blood and to strike the earth with every kind of plague as often as they want.

7 Now when they have finished their testimony, the beast that comes up from the Abyss will attack them, and overpower and kill them. 8 Their bodies will lie in the public square of the great city—which is figuratively called Sodom and Egypt—where also their Lord was crucified. 9 For three and a half days some from every people, tribe, language and nation will gaze on their bodies and refuse them burial. 10 The inhabitants of the earth will gloat over them and will celebrate by sending each other gifts, because these two prophets had tormented those who live on the earth.

11 But after the three and a half days the breath[b] of life from God entered them, and they stood on their feet, and terror struck those who saw them. 12 Then they heard a loud voice from heaven saying to them, “Come up here.” And they went up to heaven in a cloud, while their enemies looked on.

13 At that very hour there was a severe earthquake and a tenth of the city collapsed. Seven thousand people were killed in the earthquake, and the survivors were terrified and gave glory to the God of heaven.

14 The second woe has passed; the third woe is coming soon.

In Chapter 9, the 5th Trumpet which is the smoke from the Abyss and the 6th Trumpet which is the release of the 4 demons bound in the Euphrates to bring plagues and war. The time of the 2 is not yet, but approaches in a more compressed time line. The Seals are being opened, but we are not yet at the advent of the 7th, and the sounding of the trumpets.

In reviewing the evil of the past year and a half from 2019 AD in the year of our Lord, in the weaponized pandemic, vaxes, HAARP weather mod and the hunting down of Americans. it is not logical that as horrid as events are, that this could be allowed to continue and become more intense, as no life would be left alive in the measures which are being promoted. We have barely touched the seal of this and it has the world shattered and life forever changed. I pray the days are shortened even more, so that the Prophecies unfold together and upon each other to the appearance of Jesus the Christ instead of waiting for signs to come as I do not like the signs I'm having to deal with already.

I hope that helps.