The Vax of the Beast 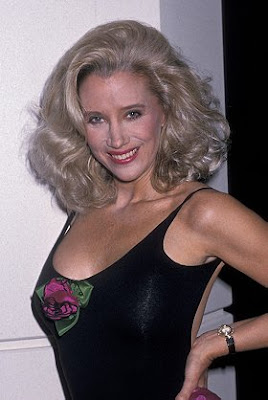 Actress Sally Kirkland After Moderna Vax...
In My 79 Years, I've Never Experienced This
Level Of Pain

You are going to hear more about ADE in the future in Antibody Dependent Enhancement as a side effect of the vaxes, and the Lame Cherry will touch on a few exclusives in this post which require stating.

In reading the information on the link from the above study, there is a hyper reaction in the vax. I do not believe there is a "Delta" or "Lamba" variant, but instead these are shedder infections on those who have not been exposed to the original viruses as TL and I were hosed down by our keepers. There are two dynamics in this, in if you were not exposed to the virus, then you do not have antibodies so the vax had few side effects and produces massive shedding. The unfortunate millions though who contracted this biological weapon and then stupidly took the vax, tended to get deathly ill or have severe side effects as the prion attacks the "virus crown" and this is what is harming people.

Getting the virus with natural immunity helps block the shedding of the prion taking hold and it is protection against the "variants" which have been shown to be non lethal and produce a headache and runny nose.

What this study is revealing is, the vaxed are producing an effect on themselves and others in a sort of symbiotic relationship, which really has no mirror in human history on any front. The closest thing is a turbo charger in a car engine. The engine burns fuel but super heats the unburned fuel so that it burns completely. The vax is creating a prion disease, which then replicates in the host shedder and those spread to which then "reinfects" causing the vax antibodies to go out and destroy what the body is making or being shed on by others. In simple terms, the vax is creating a new disease and it basically is like AIDS and what COVID is, as Covid is not the Coronavirus, but the damage done to the body by the spike protein or the prion vax.

The short of this is more real world, as what is happening in human bodies is like Monsanto Round Up in fields. That scorched earth killed weeds, but big ag put in new noxious weeds in their seeds so farmers had to buy Round Up. Soon weeds were immune to Round Up, and a new herbicide much more deadly had to be put on fields. That is what is coming to the vaxed. They have in them an organism, a synthetic prion and a hybridized immune antigen, and in order to deal with that before it kills people, a new Vax III or Second Gen as this blog warned of months ago is going to have to be injected into the vaxed.

The propaganda is going to attempt to blame the unvaxed for this "variant" but the fact is there is no real deadly new plague out there for the unvaxed as their immune systems are not compromised by the vax. The vax though are the one who are in jeopardy and they got that way by being vaxed.

A new science paper published in the Journal of Infection appears to provide solid evidence that the vaccines being administered around the world will, without question, cause ADE effects in people when they are exposed to the Delta variant or potentially other coronavirus strains. The study is entitled, Infection-enhancing anti-SARS-CoV-2 antibodies recognize both the original Wuhan/D614G strain and Delta variants. A potential risk for mass vaccination?

Written from the point of view of conventional virology and epidemiology, it explains that while the current vaccines (based on the original Wuhan D615G strain) do provide some level of immunity against the original covid virus, they present an unfortunate side effect: The acceleration of “infection-enhancing antibodies” which overreact to Delta variant infections. What the paper is describing is classic ADE, meaning a hyperinflammatory reaction can kill the person as their “primed” immune system overreacts to new infections.

The study concludes, “ADE of delta variants is a potential risk for current vaccines,” and it goes on to explain the mechanism by which this ADE is emerging:

Using molecular modeling approaches, we show that enhancing antibodies have a higher affinity for Delta variants than for Wuhan/D614G NTDs. We show that enhancing antibodies reinforce the binding of the spike trimer to the host cell membrane by clamping the NTD to lipid raft microdomains… facilitating antibodies display a strikingly increased affinity. Thus, ADE may be a concern for people receiving vaccines based on the original Wuhan strain spike sequence (either mRNA or viral vectors).

The paper goes on to suggest that the original vaccines should be essentially scrapped, and replaced with new, “second generation” vaccines that are engineered to attack the antigen targets of the Delta variant.

One more thing in this in Dr. Tennpenney has stated that Ivomec does not seem to be treating the symptoms of the vaxed or the shed upon. The Lame Cherry will produce two projections in this, and the first is, yes it is possible that the recombination of nano particles, synthetic prion and Morgellons has created a platform which Ivomec is not effect in neutralizing the embedding in the ACE 2 receptors, meaning these "variants" are not a new Corona mutation, but are body responses to the vax warring in their bodies. The second projection is Ivomec like numbers of home remedies have been either tampered with or have disappeared on the shelves. There has been 18 months that Dr. Anthony Fauci and his cronies have been sabotaging things. Remember this began with the CDC having sabotaged test kits in early 2020 AD in the year of our Lord and it is not beneath Big Pharm to turn out non medical tablets and sell them as Ivomec. This blog has warned that Ivomec is not the savior that some thought it was after the vax as this is a synthetic prion and nothing stops that damned thing in nature.

So it was lovely to have a treatment which for some reason the arrogant rich have not ponied up the big donations to hear about it. On well they have their fairytales of God loving them more and their dud Ivomec and when the lights go out they won't even have me to rant at again piling more sins on them.

That about wraps up this Lame Cherry exclusive in matter anti matter in examining and projecting off the data. What we do need is data on how many of the 2.4 billion vaxed are dominated by the White Western Peoples as this vax was not widespread in billion Africa, billion Indonesia, billion China and billion India, and those billions get you to that 7 billion very close in 6.4 billion, meaning in the West, there are only 600 million ReVaxNiks left. Da da da, that is getting close with the 1% to being the 500 million Georgia Guidestone Gene Pool.

Sally is such a stunning woman.