The Gravity Wave of Death 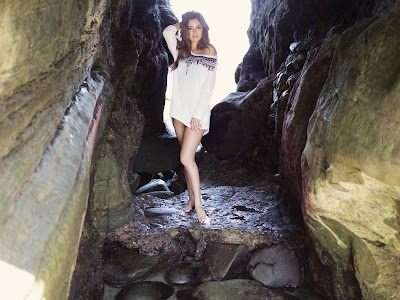 I was reading a new geological evidence on fossil pickers that a meteorite which struck near Mexico is what killed off the dinosaurs as in North Dakota triceratops were buried upright or something. The sensational headline in it was that the asteroid created a mile high tsunami. Why it was not a meteorite or a planetoid but an asteroid, and of course it created not a kilometer high tsunami but a 5280 foot tidal wave is what the height of it was.

The Lame Cherry would like to include some real science in this.

So when a meteorite creates a mile high tidal wave, as this is still America for a few weeks yet, do you understand the force it requires to create a tidal wave that is a mile high, defying gravity at a much greater amplitude, as to get water that high and keep it there, requires far more energy than what it requires to get that water to a mile high elevation.

I forget the Russian genius who has been featured here who did a great deal of investigation into Biblical events, and mentioned several mile high tidal waves, but these waves were due to near earth collision of a far larger planet type body.

Ok let me explain this. Planets produce a specific gravity. A large planet produces more gravity while a smaller planet produces less gravity by weight. The reality is that dinosaurs could not have existed in current earth gravity. Those flying dino in pterodactyls would not fly in the current earth. That is why condors are as big of birds that one sees, it is due to the effects of gravity. Big things simply can not exist in this gravity as they have difficulty getting around, unless one is a whale in the near zero buoyancy of the ocean.

There must be mitigating factors for water to rise up to 3 miles in height or a mile, and that is a counter gravity which is making earth lighter by effect. Think of it as a zero gravity machine.

For a tidal wave in the not so deep Gulf of America to reach 1 mile in height, it would require a tremendous amount of force as gravity would subdue the effect of the strike. The largest hydrogen bombs could not in the Bikini islands produce anything near to an ocean storm. Yet we are told this meteorite produced a mile high wave.

The conclusion of this is that there were mitigating circumstances. This meteor may not have been alone. It might have been a traveling companion of a much larger planet moving through the solar system.

We know that Mars once had a semblance of water and atmosphere, but something struck that planet that knocked the life out of if. Something which would cause mile high waves would be that type of event, and earth still exists, so the projection in this is, that earth was a planet of higher oxygen levels, did not have the type of rain cycle weather as now, in essence Biblical, and earth had less gravity so these giant animals could grow this large. Earth was much lighter, and earth became heavier due to at least one massive ice comet which impacted all that water upon the planet. The after effects were giants in those days, and still the giant creatures like sloths of not that long ago. People were taller and after this people became quite short and only recently have become by genetics growing to larger stature.

So in this period, the reality is, it was not cooling of the planet which killed dinosaurs as they were warm blooded as they are more bird like than lizard, was that earth became more gravity enriched and it was less friendly to  large animals.

Of course there were floods, tidal waves, cooling and the factors of plate shift, oceans settling as land rose in the compressive force to form continents, but it was not as simple as these geniuses make it out to be that a mile high tidal wave appeared just because a meteor impacted in shallow waters. There must be other circumstances in less gravity to get that wall of water up to the clouds.