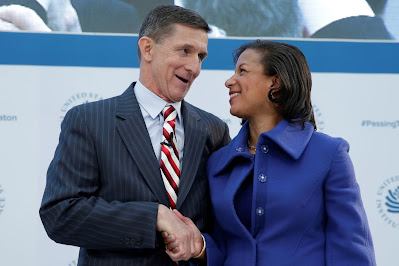 After the Lame Cherry began warning you to stay away from Mike Flynn and his Qanon conventions, as a new series of media platforms to brainwash you were manifesting starting with one QPeters as was exposed here, someone shared with me the following information. As in previous times, they did not want to be noted, this time I will leave it as anonymous as anyone can look up in the memoirs of Mike Flynn or find the link online in which Mike Flynn's hero, General Stanley McCrystal of the Birther Hussein regime assisted the democrats in 2020 with a Pentagon DIA information warfare tool, to spy on, collect data and spoof pro Trump accounts online.

Just so you get this, Mike Flynn's hero who he bends at the waist for was behind an intelligence operation, using Pentagon software to attack Republicans. 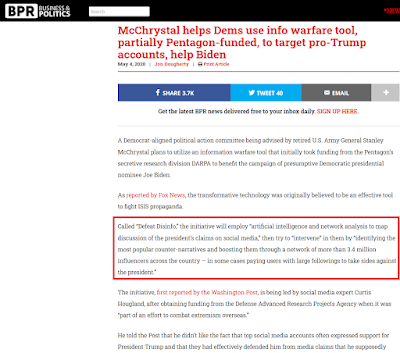 For those who require a refresher course, Barack Hussein Obama, said that Afghanistan was the correct war to fight. General McCrystal oversaw Obama policy of creating firebases Americans were stationed in at the bottom of hills, so the Taliban could look down and kill Americans inside, like fish in the barrel.

McCrystal was also behind the Obama policy which mandates US Soldiers unload their weapons in Afghanistan and that they had to be shot at, bombed or suicide attacked first by terrorists, before Americans could respond.

Another of Mike Flynn's heroes was David Patraeus who oversaw Afnamistan in what Stanley McCrystal was implementing, which was basically the turning over to Afghanistan which was won to the London Banking where Prince Harry was overseeing the re establishment of child rape and the poppy fields for European commerce in the old Opium Wars of London.

Patraeus as this blog noted was far too popular in the GOP with only JEB! on the docket, so he was destroyed in a honeypot operation as he liked fat women with big tits.

The last Mike Flynn hero is JR Vines, or the operational three star in Afnamistan who implemented Obama's policies through McCrystal and Patraeus. John Randolph Vines oversaw one of the most bizarre incidents of the Bush Obama wars, as in Tikrit Iraq, two American officers were ambushed by a Claymore mine. Army investigators fingered a Latin named Alberto Martinez from New York. Martinez agreed to a plea deal of guilty for life imprisonment. Vines rejected that deal, and when the case went to trail, Martinez was found not guilty.

No one has yet been discovered who murdered two Americans, and JR Vines was responsible for taking a guilty sentence off the table. So what was really going on, no one knows as this has all been swept away, but this is another hero of Mike Flynn who seems to have a penchant for adulterers, dope lords, pedophiles and anyone who is slaughtering Americans.

Personally, I was like most in presuming General Mike Flynn was a scapegoat, but the more his associations appear, he is more the Judas Goat, now leading people on the Right to FBI listings and arrests.

If you look back on Mike Flynn, he was the one who started this Russian investigation by stupidly agreeing to talk to the FBI without counsel. Was Mike Pence just played in his lust to get rid of Trump in Flynn lying to him? It looks like it, and it fits in what this blog stated from the beginning in how is the best Defense Department spy chief not bright enough to stay out of trouble with Russians and the FBI? It looks like Mike Flynn was a ringer all along. He was sent in to mind Donald Trump, and Trump agreed to it, as Trump was a DIA man all along trusting in their protection from the DIA operation to impeach Donald Trump. The net result was the end of MAGA, and that all rests on Mike Flynn, and who was parading around baiting in the Jan6ers, none other than Mike Flynn, who really began puzzling me after his pardon in he started posting Christian things in a conversion which was unknown, and it was to sucker people on the right back into the Qanon hole and onto the FBI's wanted list. It was Flynn appearing with Patrick Byrne another election theft guru in Texas at a Qanon gathering which moved this blog to tell people to stay the hell away from these people.

All of this started tainting Joel Skoursen in his defense of Michael Flynn, as Flynn as this blog has stated knows who told him about election theft and Flynn has covered up his sources who should be made public as part of the defense for the Jan6ers as Flynn was manipulated or was a mouthpiece for the January 6th set up. 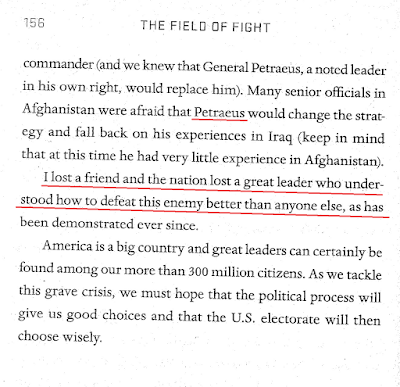 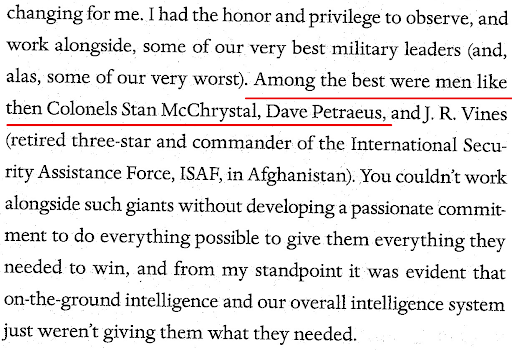 The evidence is condemning in Mike Flynn was not a victim in this, but a part of this complex 1% operation to overthrow America.

Birds of a feather flock together.  It appears that Donald John has accepted the conditions of his parole to be the Pied Piper of the right

George Washington in 1776 AD in the year of our Lord was stunned by the numbers of traitors working against the United States, getting Americans raped, burned out and murdered.

These quotes are Mike Flynn's own words, which when he wrote them, he knew damn certain the Obama policies getting Americans slaughtered for being the pimps for London opium.

The Lame Cherry does not want to leave you feeling hopeless, as your First Love is to be Jesus Who will never betray you, but this corruption and those paid agents on the right and left, fill every political, media and corporate woke agenda in both factions. They are all frauds and are engaged in betraying those who trust them for their political ends.

I told you before 2016 AD in the year of our Lord that I was done with politics as I was not propping up this corrupt system. God had me write the time line for Donald Trump, but the revelations of what these frauds are has ended all connection to this. The 1% wants this system, and they have it. My focus is on Jesus the Christ and His return, with attempting to keep as many of you children and brats who do not deserve it, from jumping off into the abyss. 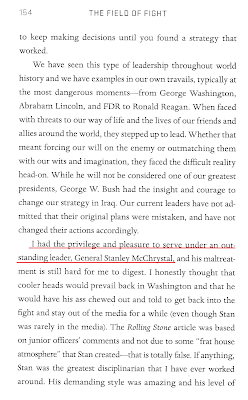 You are a condemned fool if you are going velcro for any of these leaders dangled in front of you as they are there as sirens and if you answer that call, the next Jan6 awaits.

John R. Vines is a Partner and the Chief People Officer at McChrystal Group. He mentors client executives globally on leadership and strategy, ...