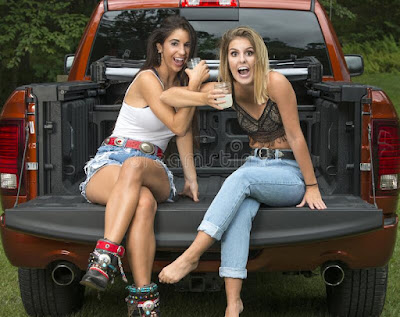 I often hear the ReVaxniks exclaim astonishment like Jeff Rense in how people just take the vax, without doing research or knowing the harm, and doing it anyway. I have a forensic psychological answer in this as I have found my subjects easy to mindfuck with.

I do not make a habit of driving fast anymore, so I get people running up on my bumper. We live in a location in the Brier with numbers of no passing zones. I grew up driving a gutless car, so I had to plan my passing other vehicles in those zones, in I had to pick up speed before I passed.

With me, I make up my mind in a second if I'm coming up on someone driving slow in if I will pass or not, because what I do is speed up even more to get it done as quickly as possible. Others I watch in 99% of the drivers, speed up on my bumper, doing 70 plus on a 65 road, and then they just sit there on my bumper.
These assholes could have passed immediately, but there is something Darwin in humans now, in they simply will not take the lead. It terrifies them and they are on the leash. You literally have to torture them driving slow to get them to pass you after five miles and then in anger they explode around you.

I had a moron following me this morning, towing a boat. He went around me glaring TL said, as the fishing probably was not good as he knew no more of fishing than driving as the boat was swaying back and forth and he had it bouncing on the shoulder at 70 mile an hour. It must have been daddy's boat.

The government has repaved our main road with a turning lane, but has not painted in the lines. It drives me to bitching as I see people driving on this road, with those little yellow tags and all they do is hug the tags in the center. which is the TURNING LANE. Today I had some gal pull up behind me speeding and as I had turned out, and was approaching the lights, I watched her hugging the tags.
No shit, as she got closer to me, seeing I was driving in the correct spot, this Darwin swerved over and started following me.

She had no sense. She was going to follow me as I was in the lead, as she simply had no comprehension of what a highway was as she was lost as most of these trolls are.

This is why people are vaxed. They are fucking STUPID. There is nothing in their brains that functions as reason. They will not pass people when the opportunity arises and if there are not yellow lines on a road, they do not know where to drive.

I swear to God if you had a Los Angeles 8 lane, and you put yellow tags which left 7 lanes open and one on the opposite side, these no minds would drive by those tags as that is the only direction they would cling to.

I mean a coyote will not be forced to walk places, in being an animal, but by any fucking stupid direction you can get the majority of people to do things  that are beyond reason. I honestly believe this vax is making people more stupid in if you painted lines off a road, down a ditch and over a cliff, these tards would follow them without stopping, because the lines mean there is a road so there must be a road over the edge of the Grand Canyon.

For all the talk of how smart or brave people are, they are idiots who are all programmed to follow orders. Law enforcement is that way completely.  They have their own criminal club of not arresting each other, as they speed and break all kinds of laws. They are told they are above the law so they blast LaVoy Finnicum or Ashli Babbitt without a thought.

This is why people got vaxed. They did not like being able to do the pathetic things that gave their lives meaning. They thought the shot would give them their lawlessness again as I got my car, got my credit card, got my life, so that vax is my license to be the same stupid asshole I have always been.

Other people die, poor people, in their kids go to war, they clean up shit in the restroom, but me and mine, we leave our shopping carts in the parking lot and in the store we pick stuff up, and don't return it, as the employees can find a steak in the bread section as I'm too important to return it.

That is what the 1% understands in the programming. They have a bunch of psychotic programmed selfish primates, who are cowards to undertake any activity unless someone else is engaged in it, and they are too lazy to take the initiative, unless they can screw someone over.

That is the reality of the Darwin Vaxed. Humanity has nothing but these zoo specimens in mass. These are the Africans too stupid to run from Obama's slaver relative. They suck on cell phones and ejaculate texts to empower their worthless existences which is all based on, "I've got my life and as long as you suffer, that makes my day".

If you look at the above,  the future of those primate females is either to be fucked by Mexicans or eaten by Chinese. They couldn't walk a mile nor survive the night in what they wear.

This is a Lame Cherry rule. I always have my tank full, I never rod my engines and when I get up in the morning I'm dressed and if I go anywhere, I'm dressed in the event I will have to do survive. No jogging pants, no open toe shoes, no following people who do not know where they are going and no thoughts about, "Oh I should have gotten gas".

If I'm going someplace I plan to get there and plan to get home, no matter what. I don't let other morons decide where I'm going, when I'm leaving or what happens in my life.