The Facts on Ivomec 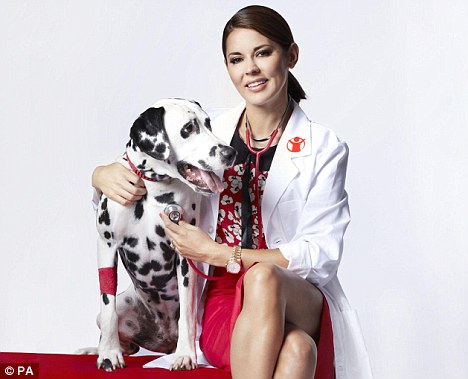 Just call me the Ivomec Vet

I sometimes forget everyone does not read this blog and I have thousands of more foreign readers who indulge without donating daily, so I refrain from repeating myself, and while this is not a repetition, it is a clarification of what Ivermectin is, and the Lame Cherry will provide you all the information you need with this drug.

The MSM Is Lying To You, Ivermectin Was Approved
For Human Use Decades Ago - Not A Horse Dewormer

The first thing you need to know is the globalists began cracking down on effective pesticides and paracides in the 1960's to glean you from the planet. The bogus claims of Silent Spring in the attacks on DDT were ridiculous as those aimed at  the German Zyklon, another most effective louse killer, which saved millions of lives from typhus and parasite borne diseases.

So get this into your brains, DDT is a Godsend and still should be dusted on every foreign vermin from the 3rd world. That is what the US military did to foreigners and to it's own troops in World War II, and no one got cancer, no one died and no one was harmed from DDT or Zyklon in the United States, and Zyklon was used in abundance in the United States for lice and bed bugs.

The livestock industry was a platform which needed effective methods to kill, lice, worms and ticks in livestock. You have heard of sheep dip, that is what sheep dip is, it kills parasites which suck the life out of sheep.

One of the best paracides was WARBEX, That of course was outlawed by the FDA in America, as the 1% tried to wipe out ranchers and wipe you out. Warbex was a marvelous pesticide and paracide in it killed everything.

What appeared though on the Animal Rights, Peace Movement, Fag Rights and Gun Control was the lie of how dangerous chemicals were. Soon everything was causing cancer like saccharin an artificial sweetener they had to change the name to Sweet and Low. The reality is in order for you to get enough exposure, you would have to have eaten 3 trainloads of saccharine a day and then maybe you might get cancer. This was what preluded the bringing on of the toxic aspartame. This is how this globalist game has been played for decades, in telling you butter, eggs, milk and fats are dangerous, when the fact is you need them, and children need them. A woman's breasts produce PROTEIN, not Goddamn carrots and soy, as people need fat to run their brains.

So Warbex was called a cancer causer, and what should appear but, Ivomectrin. My vet was telling me about Ivomec as he loved the stuff as he releated, They use this stuff by the gallon in Africa to kill worms in people there and there are not any side effects.

Ivomec is remarkable as it comes in injectable, pour on and an digestible form. You can overdose cats with it, some cats. It will kill a few breeds of dogs like collies I think,  but I have never seen it harm any animal or human even in doses not recommended.

In personal use, sometimes lice in cattle are especially bad in some animals, so you have to treat them again in a few weeks. I have never had any problems whatsoever.

The only problem with Ivomec in animals, is that it has been so widely used, that some pests have developed a resistance to it. There are now other pesticides and paracides on the market which are NOT Ivomec.

I did hear a dunce of a woman on Rense telling people that horse wormer was not Ivomec. She was wrong. There are now appearing other horse wormers, which are not Ivomec, but Ivomec is Ivomec and as long as that is all the contents state there is, that is Ivomec and not some other pesticide or paracide.

The only place you can't get Ivomec over the counter is in the 1% West, where they gouge everyone. They demand everyone see a doctor and vets are about worthless as jack and shit now too in acting like they are doctors. The fact is the Soviet Union treated millions of their people on vet supplies for a generation and it never hurt any of them. Considering the shit they have put into the vax, horse medicine is a hell of a lot safer.

So that is the explanation of Ivomectrin. I have no idea if pour on is kosher for treating people of the Covid nor if the injectable is kosher either. I would refrain from the latter as the oral variety has worked on people with life saving effect.

I desire each of you to consider what you have read above. No one else tells you personal experience with the use of these chemicals, knows the history, and has seen it's use for a generation.

I will add one more thing. When I was a kid, we had a cowman named Diesel, and he would bring his cattle home in the fall from pasture on semi trucks. There Dies would be standing on the chute with the cattle coming out. Warbex used to come with an aluminum dipper and the ranchers used to cut a notch in the dipper so they could just dip and have the dose measured that way as you can't piss around measuring things with hundreds of cows to do.
So there stood Dies, with his ice cream bucket filled with Warbex, the liquid dripping off his elbow, his arms covered in the stuff, and I saw him a month ago at the cemetery planting grass. Think he is 80 something now. That man had more Warbex in his system than the cows did, and it never phased him.

Those are the facts on Ivomectrin.