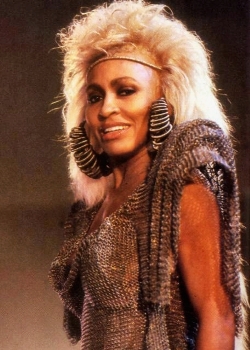 The world of Margaret Sanger and her eugenics in ridding the world of less desireable humans has come woke 360 degrees. Sanger and the Hitler types all with the Rockefellers envisioned a world of only advanced humans reproducing. In the Klaus Schwab world of the Rothschilds guild, there is an order which has developed that  the competitive Caucasian must be erased and replaced with low IQ workers to dillute the vote pool until full authoritarianism will be established.

As the world has been under this older system of the British Wog, and the Sanger abroticide and eugenics for profit, it is not readily being identified that the new system is not so much interested in aborticide in the womb for profit, but the mutilation of children's gentiles for profit.

In the past the status symbol was the eunuch or the child for rape. In this age though, it truly is an Animal Farm with the lower IQ and more manageable kept out on the ghetto pen, while the children being cultivated for molestation, are a rather confused group of sociopathic multi gender type.

The Lame Cherry does not have an answer for this as this type of madness in dismembering children is not for profit or superiority as the old system of aborticide. The appeal of freaks like is a circus sideshow may allure some of the mob at a distance, but these mutilated children are the creatures which are being transformed by the thousands, yes for profit at first, but this is a lifetime non reproductive investment.

As immortals will not require replacement donor parts, this is not some gene pool to be harvested, Instead this is a Post Womb Cannibalism in reviewing the past Obama years of it's manifestation, that there is a cartel group which has a sexual attraction for children and people who have changed genders.

It was revealed in the odd presentations of people like Cher's child to establish this "norm". It is evident now this was for wide sale and scale approval as these child butcher clinics are now more abundant than aboticide clinics. There is a massive funded operation to create these gender altering operations to create this "gender" of humans which will be exploited by those who created them and can afford to own them.

I am not a deviant so any forensic psychological explanation defies explanation as this is a madness of the elite which has manifested in the past few years, which has been built upon the homosexual rights and the abnormal defiintions of humans beyond male and female.

In almost every sexual fetish manifestation in human species, there is a sexual stimulation when the attraction appears. Like Duke Harry liking Afoids which he was pleasuring himself to some African scientific shows or movies with half naked women. It is though not like the broad public was exposed to some sexual transvsetite and got off to it. This is probably some ritual which was performed in rites, like Skull and Bones being sodomizes in a coffin or rich people hiring prostitutes for their children for a first non intimate sexual experience.

All once illegal and all scorned by Christian societies, but now the new order of the norm.