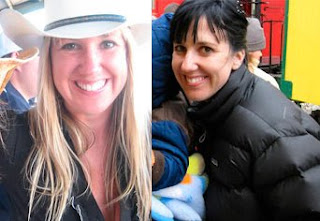 If one notices, there is no Commandment from God specifically, Thou shalt not lie, instead the 10 Commandments are 10 Laws which each are framed in not stealing.
The first series is about stealing glory from God. They then transform to stealing honor from parents who are God's ministers in teaching the next generation how to act orderly. They then go into about societal order in keeping theft of life, theft of family, theft of reputation and theft of property secure.

All of which when robbed from people, breeds chaos, no reason to work, bastards and anarchy, because if you can not believe there is a future, the future is then a lie.

That is why Jesus taught that in the Commandments one found life, life temporal and eternal, because they are the Truth of the Way to Eternal Life. One can not build life if it is stolen.

I wrote long ago a Biblical lesson on how much I detested liars, because if one is a liar, they are a coward in not being able to face up to the events of life, and showing the ultimate of disrespect in those lied to in the liar knows the Truth will come out and yet reproaches honorable people in forever ruining their esteem with them and all others.
To be a liar is to be absolutely nothing for one can never believe a word any of these people say.

I do not mean to make this blog series about football, but new evidence arose today concerning the Pittsburgh Steeler quarterback, Ben Rothlisberger, in a woman who I will have remain nameless not in protecting her, but because the evidence as it mounts shows her a horrid liar in accusing the quarterback of sexual assault and is suing him for money.

In both statements, emails and text messages to a fellow employees and a boyfriend, this Canadian female made quotes like this:

"she was hoping for a 'little Roethlisberger."

"The golf tournament has been really fun... I am really excited because we are all going to see Journey tonight and that will be soooooo much fun. Speaking of which I need to head over to dinner with your lookalike and a few others before heading out."

"Aaaaaaaaaaaahhhhhhh I finally got away...." she then 9 minutes later sent the boyfriend look a like a cute note filled with baby talk. This was supposedly just after she was assaulted by the Steelers quarterback.

This blog set down a number of doctrines which the United States government should enact and the chief of which was animals who rape humans should be executed without delay. The use of sex to abuse anyone is the lowest of forms equal to pedophiles.
I also as the key element in this advocated that false charges being made by anyone should equal the death penalty to stop these debilitating assaults which smash the human soul of trust by destroying intimacy.

It is immensely impossible for children to women to even men who have been raped to come forward in dealing with that kind of attack. It is a shattering of emotion and self confidence. So in knowing the psychological reasons of this, this blog when they find evidence of some person lying about rape they find it the ultimate assault upon those people who were harmed. None of these people asked to be raped, but then to have someone lie about rape for whatever reason in scorned groupie luv to monetary ends, is the worst of things as it plants doubt into the mind of all who hear the word rape.

I once knew a man who was accused of assaulting a teenage girl. The girl lied. The mother even testified the child was a liar, but it didn't make any difference to the jury of angry women who were there as there was no evidence as no assault occurred. He was found guilty and is forever listed now on a pervert list for being accused of sexual assault.
That ruins one's reputation and every time any event occurs of a sexual nature, his name will come up on a list as a suspect, all because someone lied and he can never change that lie.

This is the reason this blog writes about the lies of Barack Obama, because this blog values and esteems the United States Constitution as a sacred document, because without it.........all you have is Putin's Russia or Hu's China which are thuggery and death.
It is not amusing as Charlie Rose things when he chuckles about people like Lyndon Johnson stealing elections. It is not amusing when Democrats at ACORN steal elections for Obama. It is not amusing when judges subvert justice in not following their mandate of policing the executive to protect the Citizen's interest.

When nations allow the squandering of Truth, Life, Responsible Liberty and the Living of Life to bring one Joy, you have nothing but anarchy and chaos left.

I witnessed Rep. Barney Frank degrade an American voter today in a Town Hall Meeting, because she had a sign with Obama's photo on it and was demanding a stop for Nazi health care.
I would wager that Frank's people staged this in setting this American up. The fact is though Nazi is NATIONAL SOCIALISM, and that is exactly what Barney Frank and Bearick Obam have advocated on national universal health care.
Yet Frank for the liar and twister he is, attempted to humiliate this American voter when it is Mr. Frank who is criminally responsible for sowing the seed of the Obama implosion of the American economy.

I believe Gov. Palin was exactly correct in calling Obama rationed care death boards and naming it as Ronald Reagan did the Soviet system as EVIL.
In that same Light, when all of these liars are let loose, there is nothing of God's Goodness about them. They are as Jesus stated of their father the devil, the father of lies.

Lying is not cute when liberals win by it or when their Godless children go around accusing people of sexual assault. It is no more funny than when David Letterman in his sick mind thinks sexing up young girls and impregnating them is a funny weapon to degrade a Lady in Sarah Palin.

The term for all of these liars is reprobate. They have abandoned God's Truth and are by Judgment abandoned by God to their chosen alienation from all that is God's Goodness.
There is no remedy for these scoundrels. They can not be redeemed for their souls are seared and they are literally insane as satan in thinking it could arise and be God.

I pity the end of this refuse for a moment for their wasted lives, but then I consider all the destroyed lives this ilk have gloried over and never gave a thought to as they assassinated innocent people's character.

Janet Napolitano might be in the league of calling Jesus the Christ a leader of terrorists, but I for one expect, hope and pray for His return, as I have seen how the misconduct of the Obama hordes have become a cancer upon the peace and tranquility of the quality of human life, placed here to grow in God's Grace for all to be Spiritual children, and it is past time that the Lord of the Harvest starts dispensing the scales of balance to the weeds, because humans are no longer possible in this age of handling anything of this type.