The Men in Herself's Life 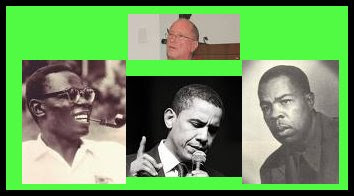 Wow, this just in!

Who would have ever known that Vladamir Putin, the man the world sees as the murderous Bolshevik using Polonium 210 to snuff out British subjects and bash Georgians around had this kind of history.

First, his mother Stalininka Anna Dubrovski, was married to an AMERICAN whose father actually led the Cossacks in an attempted overthrow of the Soviet Lenin state.
This pro American Cossack was named George Washington Putin, and he studied at the American University in London.

Later when Mr. Putin was a boy of 10 years old, he was sent to live in Chicago with his Grandparents and was mentored by someone the Soviets had huge files on, the late Robert Novak, arch Conservative.

It even gets more profound than this, Vladamir who was known as Vic during his college years was mentored for a time by Pat Buchanan who worked both for the Nixon and Reagan White Houses.

and this very interesting point in Vic Putin, his minister of choice was Franklin Graham who he met at a Bill Graham crusade in Moscow..............

Now don't you want to rethink that Vladamir Putin is not that communist bad guy in seeing he was running around with all of those Americans and Christians?

Surely such information if it makes it to the Pravda press will ruin Mr. Putin, because it is obvious he is an American sympathizer and an agent of capitalism in seeing all the fine Patriots he was mentored by.
Americans can now breathe a sigh of relief in knowing we have a man in Moscow who is not only sympathetic to American interests, but is basically an American, because his father was an America.

Oh I forgot this part too, in the online birth certificate published by Mr. Putin for being a Russian Citizen to be President, his mother was underage at the time and disappeared for 6 months, and it was discovered Vladamir Putin was born in the US Territory of Guam.
Now I know Mr. Putin's party is screaming he is Russian to the core, but the facts are he was born of US parents and under a US jurisdiction so he is an American Citizen................

By now the astute have figured this out, that what I have done is reverse engineered Barack Hussein Obama's background exactly. In doing so, it is obvious if Vladamir Putin had the above credentials the Russians would be arresting him and calling him what he was, an American.

Americans would deem this man an American and figure we had our man in Moscow who would be our agent in undoing the entire Russian system.

Yet for some reason, around 65 million Americans, most in the media, can not see from Frank Marshall Davis, Bearcik Obama sr. and Bill Ayers, who are all communists or agents provocateurs that Bearick Birdie Obama is not a threat to the United States.

The fact is simple that the men in Barck Obama's life had hundreds of pages of FBI files on them.

Frank Marshall Davis was in that black clique of artists of that period like singer Paul Robeson who was a Soviet propagandist, and they thought so much of this traitor that the Soviets named a big black tomatoe after him from the Krim line of fruits. Look it up sometime and you will see who the Soviets celebrated.

Do you really think for a moment that if Mr. Putin had that kind of background that the CIA would not have been all over him and his parents utilizing and grooming them? Do you not think that funds would not have been slipped to his benefactors to keep them alive and spreading pro American doctrine in the Soviet Union?

That is the threat which Bearick Obama is to America in his communist Obamacrypt death care, plundering of banks and sending Americans off to die in wars with no strategy.

Would you think it wonderful if Vladamir Putin gave a trillion dollars to the World Banking system to help out Americans? Yet that is what Obama did in helping out communist and terrorist states who hate America and it was all deemed "Obama is leading in Europe".

If Americans would view Vladamir Putin with the fictional past above as their man in Moscow. Then considering the entire communist oriented and terrorist oriented past of Bearick Huxxxein Obama, should not the Russians, Chinese and Iranians view him as their man in Washington?

Answer that Obama maniacs, because you think anyone who salutes is a Nazi, and if you can find that in Pat Buchanan as Eleanor Clift did, then certainly Bearick Obama is a Marxist agent who enemies of the United States will certainly view as their agent in America by all he has accomplished and is initiating.