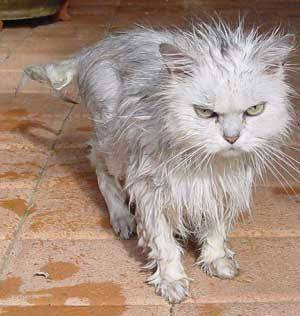 As an exclusive of only this blog, there is now absolute evidence that exactly as Barack Obama sabotaged the 2010 Deepwater Horizon situation to destroy the economies of the GOP Gulf states, B. Hussein Obama literally set into motion another epic plan to ruin the American heartland.

For those who are not aware, there has been massive flooding in the upper great plains as covered by this blog and all of this water is moving toward the already flooded gulf coast states again.

To set up background on this, in the 1950's the US Army Corp of Engineers put into a forever plan which would control the Big Muddy or the Missouri River, so it would be tamed and never, ever destroy peoples lives in the heartland as it constantly did as the wildest large river drainage system in North America.
To do this, the Corp constructed a series of dams from Fort Peck in Montana to the Lewis and Clarke Reservoir in South Dakota. The largest impoundments being Oahe in Pierre, South Dakota and Sakakawea north of Bismark, North Dakota.
These massive earthen dams regulated water flow for barge traffic on the Mississippi for constant water flow and kept the upper Midwest safe.

Something strange though happened in 2011 as residents were being flooded out.

I have witnessed thee actual data from the US Army Corp in the Bismark area in water releases of the Garrison dam, and baby sister at the start of this WHEN THE WATER LEVELS WERE RISING, the Corp, WAS STOPPING WATER RELEASE FROM SAKAKWEA.

To put that plainly, instead of pulling the plug and getting rid of the water, the Corp instead put the plug in the dam compounding the flooding situation which they knew was coming.

There was massive snowfall in this region on location. The Corp knew the Rockies had record amounts of snow and they knew that the melt was extremely late this season, and yet when all of this was before them, they never bothered to empty the reservoirs to make room for the coming floods.

I will address something later, but the Montana Basin also in May had a years worth of rain in one month, which added to the immense problems now the entire country is facing.
.........and wait until you hear what you are going to be facing as this will strike you beyond flood waters.

Republican John Hoeven, Senator from North Dakota has been grilling the Corp over this as honestly, no one in Government can figure out what in the hell is going on here as this can not happen and yet it did.
Sen. Hoeven was told on record by the chief of the Army Corp when questioned if the impoundments were not releasing water because of downstream flooding which is often the case in more rich, populated and Democrat areas, the Corp stated, THIS WAS NOT THE CASE, that they had not stopped water release due to flooding in the Mississippi drainage.

Just so you know the criminal damning statement that is............ The Corp is on record in not emptying the reservoirs to save people in the South. In knowing this massive flooding was coming, they still did not release the waters to deal with this, so it would not happen, so they literally were killing the Gulf Coast states again and this time they initiated policy which is going to cripple every state from Montana to Missouri with this unnecessary flooding.

This is criminal incompetence by the US Army Corp of Engineers.

Now before you send in the Obama Seals against the Corp, this blog is going to take you off on a tangent here which sites like Alex Jones and Jeff Rense did non stop when Bush was in office in blaming him for weather control and blowing up levees in New Orleans.

We know for a fact that Russia and China both use weather modification, and have made it rain immense amounts. None of this is being looked at in the cozy relationship with Barack Hussein Obama in China is now trying to seize 50 square miles by Boise, Idaho, to construct a slave worker city there under Peking's control.
Whether the Chicoms went this route after this blog noted that Obama was making Indian Reservations international sovereign entities, so the Chinese could simply come in and occupy the Reservations in buying resources, is not known, but the fact is no one has asked one question of this, if the massive snow falls plaguing the Great Plains and this deluge of rainfall can be linked to Chicom manipulation of weather, which is assisting Barack Obama in his change from capitalism to Marxism in America by destroying these independent Reagan Blue States.

Just so you know this is not some hypothetical, in the 1970's, the US government did cloud seeding outside the Black Hills of South Dakota. A literal tropical storm formed over the Black Hills and almost washed Rapid City, a town of 50,000 people of the time off the map.
I know of the horror story involved in this as I had a much older cousin who was sent in as part of the military rescue in this government oriented disaster and he almost perished in being swept away in that flood, and only survived by hanging onto a tree for hours in those flood waters.

At this point, I do not know if Obama instigated some weather modification to assault these upper basin states, which literally threw out all of Obama's candidates and went Republican in 2010, but we know from the lips of Mark Halperin on Charlie Rose as covered here, that Obama did not give a damn about the Gulf Coast people's as they did not vote for him.
Obama sabotaged Deepwater Horizon for high oil prices and to retaliate on those Republican peoples.........what exactly did Obama do to the Missouri River basin peoples?

For reality, we know that the Missouri River impoundments have not once flooded since 1950 and there have been record rains and snows in this period. Yet with Barack Obama in office, all of a sudden the Army Corp after Obama suffers defeat in 2010, stops releasing water from reservoirs when they know record run off took place, that a record Rocky Mountain run off was coming, and that record rains for reasons not yet explained took place in Montana...........Montana as I have stated had more rain in May than they should have all year.

Montanans were told to buck it up as there would be no help. North Dakotans are told by FEMA, "Too bad the regulations are there and we won't budge". This is all adding up to a literal Obama terror event using the great American river system as a weapon against peoples who are resisting this regime.

Just so you wake up to this baby sister, in researching this, the North Dakota Agriculture Secretary went on record this week stating, "THERE MIGHT BE FOOD RATIONING", as there are North Dakota farmers and ranchers who have not turned a wheel in planting any wheat this spring as it is too wet.
I have watched this from my vantage eyes in the sky perch, and it is astonishing not just in North Dakota but in South Dakota to see counties which look like islands with their fields under water. This information is being suppressed as American food sources have been deliberately depleted........as in regime depleting food for Americans so they will have the rope around your neck if you live or die, as North Dakota is speaking of food rationing and this is not just of that state, I heard this recently from a trucker who said that we might not have anything to eat.

For all the Paul Revere speech by Tea Limbaugh, this is a Paul Revere moment as Limbaugh slept again. No one at all has covered this situation on the Missouri River, and no one is asking the questions and looking toward the criminality of this.

Is it strange for the upper Midwest to have year after year of avalanche snows? You betcha it is.

It it unheard of for Montana to get more rain in weeks than they do in a year? You betcha it is.

That standing alone is not damning evidence, but when the US Corp is deliberately exasperating a flood situation and saying they were not helping the South from flooding, so both South and North have been deliberately flooded, this ALL points to too many coincidences and the focal point is Barack Hussein Obama's regime.

Just as it took Mark Levin, Sean Hannity and Rush Limbaugh six weeks after this blog broke the story that Obama had sabotaged the GOP Gulf States, this same clarion call of Britisher Obama is Coming resonates from this blog.

Is it possible to direct the US Army Corp to shut off water release to compound known flooding conditions to cripple Republican States? You damn betcha it is, because that is what the result was.

Is it possible that a deal with China was worked out with Obama for that Boise city to cripple the GOP Missouri River states? You damn betcha it is possible, even if that part is conjecture.

What the evidence is though is simple, the conditions are causing a food shortage of wheat.........ah Mark Levin this is not from ethanol, but from Obama and the Chicoms if this is weather engineered, so get that point pardner............and the flooding is deliberately been engineered to destroy these States and that is coming directly from Barack Obama Washington DC policy.
Obama didn't throw fuel on the fire, Obama plugged the drainages so the floods would take place.

That is thee reality, and if John Hoeven and John Thune can not grasp that a National Socialist like Hitler will make war on his people and this too has been taking place by National Socialist Obama, then baby sister it falls once again to this blog to bring the front benchers kicking and screaming to this, so the public will force Congress past hearings, but criminal indictments for the Obama regime.

This has been no act of God nor a Messiah. These are actions of messiah Barack Obama. Water release data does not lie. B. Hussein just as he caused the damage on the GOP Gulf States has caused this damage to the Reagan Heartland.

It is past time the bells ringing out these Obama crimes have not started to be heard.