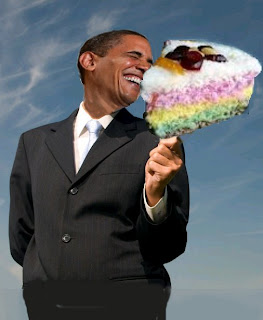 Something must be exclusively clarified here in in Inspiration, for when B.  Hussein Obama AKA Barack Soebarkah stated on July 15th, 2011, that he would be turning 50 in one week, the reality is that his real identity of Barry Chin, the bastard son of a Filipino Chinese Japanese comfort woman, actually was born on July 22, 1961.

Actually…he’ll be turning 50 in three weeks. His birthday is August 4, two days after the debt ceiling deadline. Senior moment?


His birth address was Lederer's Bar, and within weeks for economic reasons and green card reasons, he was sold to the Dunhams in their bid to be the powers behind the throne of Kenya in their thinking that communist Barack Hussein Obama sr. was heir apparent in President for life of Kenya.

Barack sr. had been jacking around for sometime with any rotten crotches with jungle fever who would spread for him. Stan Ann's partial eagle position was in the 1960 time period as she was servicing other males to advance her Stanly Armour's agenda in becoming he big Stalin wanna be of Hawaii as a stooge for Frank Marshall Davis.

It was not Stan Ann who married Barack sr. in early 1961, but it was the Chinoid Anna Chin, a prostitute who actually Barack sr. admitted was his wife to Immigration services after she had returned to the Philippines to get the hell away from him.

This started the Barry Chin scenario of Stan Ann taking the infant Barry to Africa on a Pan Am flight, after she f*cked things up in trying to cross over to Canada to register him here as "British".
The Canadian doctors were leary of this young American girl trying to register a black bastard as "British" and suspected incorrectly this Washington state border buster was just a hot little tart who got knocked up by some n*gger in America and was trying as was common from the 1950's to make the father out to be "Cuban" so as to not be ostrascized in American society.

Oddly the Canadians helped in this for Barack sr. and the Dunham plans, as Canadian birth would have hardly meant native Kenyan, even if native Canadian had that same KUH sound.

It was into this that the pillow wearing Stan Ann showed herself to the Gram Dunham, and in hot mode went swimming in the Indian Ocean to induce labor, to which a baby was produced at Mombasa for registration, as Tom Mboyo's name for Barack sr. greased the system, and interested doctors decided not to try and figure out how a brand new baby with a dried up navel was shown to them on August 4th.

Barack sr. got cold feet in this, as he liked chasing skirt and really did not like the Dunhams any more than they liked him. Both parties knew they were dealing with liars and cheats.
That is the reason the August 4th birth was registered by Maddy Dunham, as Gram was protecting her interests as Obama sr. was concluding correctly that he did not need a white whore like Stan Ann, when he had a Chinoid whore already along with his traded herd of wives for cattle in Kenya.

The main point being, the hard sell for Barack sr. was the white wife card, and American communist backing for his endeavors in Kenya. A Filipino whore did not look so good on the manifest of accomplishments, so in the moment of necessity all of Anna Chin's history was transplanted to Stan Ann who became Anna Obama for the first time in her life, and the leverage was set on Barack sr. who promptly reneged on the deal and tried knocking up some other white American whore to get his bona fides.

The Dunhams seeing they were losing out to the zipper of a thinking Negro decided to protect there property in Barry would be handy in years to come, so a "divorce" was instituted in order to retain full custody in legal guardianship, even if there were several sets of birth records floating about and more coming as Stan Ann decided being the mother to an Indonesian dictator sounded much more lucrative, as Shell oil knew that nation was swimming in oil which is why Uncle Lolo Soetoro ended up in big oil.

So when Barry Chin just can not help announce to the world his birthday is on July 22nd from the year of 1961, it is Barry Chin standing with the President of the Philippines in telling the world that it was the Filipino American cross pulsing through his veins which were thee most important of events in history.

After all Barry Chin, the foreigner, with no American blood really, had just blackmailed Justice Roberts to sanctioning Obamacare and Obama had literally destroyed the great satan America.

So let us all join with Barry Chin in hoping for a Happy Birthday on July 22nd as he hunkers down with a smoke and a rice cake, singing Happy Birthday Barry to hisself.