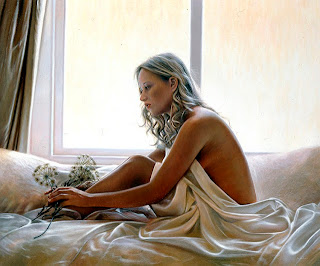 What if this blog were to inform you of Barack Obama's blonde girlfriend fiction that in reality, her family was investigated by Sen. Joseph McCarthy and exposed as communist terrorists, and the individuals who defended Geneivive Cook's fellow traveler family, 81 out of 110 protagonists fled from the US Government.

The reality is Genevieve Cooks family in the Jessup line, was part of the Kremlin conspiracy of turning over free China to the communists.
You don't appreciate it do you, when this blog told you that Obama is instigating a New Asian Order, and his associates were part of this for the past generation.


Barry Chin's girlfriend is part of a communist infusion of America which was institutionalized. This communist ilk who were keeping tabs on Obama as a future king of kenya, were the family which for the new world order actually wrote the framework for the United Nations as a conduit in the current push for world  gun control in a Gun Runner Obama saga.

Jessup was such a high placed Kremlin asset, that when exposed, Truman and John Kennedy still kept this comrade around, doing as much damage to the free world as Barack Hussein Obama.

This same Jessup in exact mirror image of Barack Obama, advocated the disarming of America of nuclear weapons and stockpiles in 1946 with dumping them in the ocean. Exactly the same disarmament scheme Obama has been initiating against these United States.

Obama would show up to audition as king of kenya later, but once again be passed over for Cousin Odinga. To that Obama was relegated to being a minder for the American Afroids to replace Jesse Jackson, but sometime in the Clinton swindle of the Rothschilds, coupled with Allen Greenspan sticking the Europeans with the Dotcom bust, the lords of Europe in the Rothschilds started cleansing Obama's records and his associates, and about the Gilmore Girls last year, implemented the reality that this foreign Barry Chin, would be installed at 1600 Penn Avenue.

Seriously as an exclusive, Barack Obama as of 2006 had no idea he was going to be in the White House. The cartel had not informed him yet. It was only after the George Soros meeting in which Obama was informed his run was not just as  a minder to blacks, but would be to be in the White House, that Obama knew this was all going to be handed to him.

That was the joke in the fraud birth abstract in the smiley face. The real assets could not believe this runs like a duck idiot was being chosen, as he was completely vacuous and something that needed a keeper.

Yet Obama pops up again in another camel trade to the Saudi's and they started bankrolling him, thinking they were only getting a black caucus vote to help out the Muslim Wahabbi advancement, and as Obama was examined by them, they tossed him aside and Obama finds Banker Auchi of Saddam Hussein who bankrolls Obama's Senate campaign.

Honestly, every intelligence service who looked at Obama and kicked him under the bus, has to be thinking, "What the hell is this idiot about in being promoted?"

Sure it has to do with Ashkenaz bloodlines, and being an idiot who can be controlled, as the world if full of leaders put into power who are dolts, but the reality is, Barack Obama was intimately examined by numbers


from wikipedia about her step-grandfather Jessup (and yes, McCarthy was right):

“While pursuing his Ph.D., and for a good time thereafter (1925–1946), Jessup served as a lecturer and professor in international law at Columbia Law School. In 1946, he was named the Hamilton Fish Professor of International Law and Diplomacy at Columbia Law, a post he held until 1961.[2][3]

Jessup became a primary target of Senator Joseph McCarthy, who charged in the 1950 Tydings Committee hearings that Jessup was a security risk who had “an unusual affinity… for Communist causes.” McCarthy wasn’t allowed by the Tydings Committee to outline his case regarding Jessup but the committee did allow Jessup to fly in from Pakistan and give his defense against charges that McCarthy had not yet even made. Jessup was subsequently cleared of all charges by the Loyalty Board of the State Department and the Tydings Committee, and McCarthy was rebuked by many fellow senators and other statesmen. However, in two speeches on the floor of the Senate, McCarthy gave his evidence regarding Jessup’s “unusual affinity for Communist causes”:

1.That Jessup had been affiliated with five Communist front groups; 2.That Jessup had been a leading light in the Institute of Pacific Relations (IPR) at a time that organization was reflecting the Communist Party line; 3.And that he had “pioneered the smear campaign against Nationalist China and Chiang Kai-shek” and propagated the “myth of the ‘democratic Chinese Communist’” through the IPR magazine, Far Eastern Survey, over which he had “absolute control”; 4.That Jessup had associated with known Communists in the IPR; 5.That the IPR’s American Council under Jessup’s guidance had received more than $7,000 of Communist funds from Frederick Vanderbilt Field; 6.That Jessup had “expressed vigorous opposition” to attempts to investigate Communist penetration of the IPR; 7.That Jessup had urged that United States atom bomb production be brought to a halt in 1946, and that essential atomic ingredients be “dumped into the ocean”; 8.That Jessup had appeared as a character witness for Alger Hiss, and that later, after Alger Hiss’s conviction, Jessup had found “no reason whatever to change his opinion about Hiss’s veracity, loyalty and integrity.”

McCarthy’s allegations severely damaged Jessup’s reputation and career and of the 110 names provided to the Tydings Commission, 81 of those on McCarthy’s list left the government, either by dismissal or resignation.

Shortly after John F. Kennedy took office as president, the State Department approved the appointment of Jessup as U.S. candidate for the International Court of Justice, a post that did not need Senate confirmation. He served from 1961 until 1970.

Upon returning from The Netherlands, Jessup took up a series of academic positions at The University of Georgia School of Law, Columbia University, and Wellesley College.