What came first, the Obama or the Egg 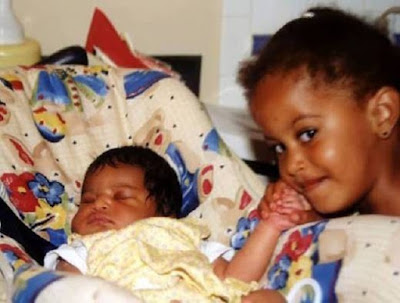 
There has been speculation as to why there are no photos of the Obama girls as infants out of the womb.

The Lame Cherry decided to inquire.

I will leave the participles dangle.

Michelle Robinson was infertile. She does produce eggs, but her womb is incapable of carrying to term.

Apparently God saw fit to make certain these two mutants did not reproduce.

In short, the Obama girls have like egg donor and different sperm donors.