The Political Genius of Donald Trump 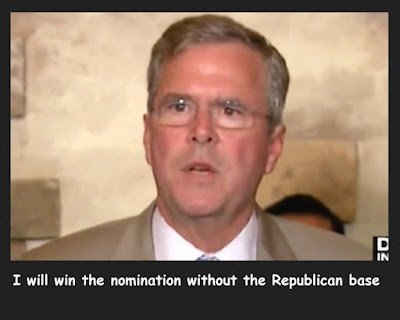 
I promised to reveal some insider information after the South Carolina primary to prove that Donald Trump was running a political genius operation, and I wanted to include you in the show, but if I did, too many people knowing this might have negated some of the effects, and with Nikki Haley vote tampering in using the DMV to keep Trump voters from voting, I was not going to take any chances in this.

I hinted at this in one of the debates when Donald Trump was being booed gain by the establishment plants in his going after George W. Bush. Allot of you were worried about this, but I told you then that Donald Trump was going after the Hillary voters and the voters who did not like the Bush dynasty and had voted for John Kerry and Al Gore.

This was something which took a very long time to develop, as Donald Trump first threw Jeb off with the comical insults of "low energy" and then exasperated Jeb into blurting out, "I am sick and tired of him attacking my family."
The Bush clan is a clan. They eat together, vacation together and for all I know go to the toilet together, as bad as the Kennedy clan, and in this Donald Trump just kept needling them, so that HW was throwing shoes at the television, Barbara was dragged out in New Hampshire to make Jeb look weak in not being able to win on his own.......and then Donald Trump pulled the ultimate coup de grace in he suckered Bush fam into bringing Big Brother George out to South Carolina, which really made Jeb look DOA.

The public all witnessed this, in Jeb could not win, and as a loser and incompetent, he had to have his big brother show up and do the fighting for Jeb.

Understand this, as George W. Bush did the best he could with a bad Bill Clinton hand, he was a pretty good president and he related to people, but all the forgiveness the people on the right had given him for mistakes, had that scab ripped off by Jeb when he pissed on us, in telling us that he was going to win the primary without us, the Republican base.

So Donald Trump knew the damage George Bush did in giving us Obama. Donald Trump understood that Jeb Bush jammed a pointy stick in our wound, and then he suckered Jeb Bush in the art of the deal, into defending George W. Bush failures when Jeb Bush had just a few months earlier been trashing George W. over Iraq in the ultimate betrayal.

If you recall all of this in your minds, you can now see what Donald Trump was engaged in and how he ran this to perfection. Donald Trump took the Bush balkanization to steal the GOP nomination and the Bush fam name, and made it a weapon which Bush fam used against themselves.

I mean how bad can it get for George W. Bush to grovel before Nikki Haley, and have her lift her skirt the next day for Marco Rubio..........Jeb Bush's protege?

Jeb Bush had all the insider pull, the dirty tricks and the game, and Donald Trump ran the table on him. Thank God the lies of the elite have been exposed in Donald Trump proved you can obliterate all with the Republican base and that you can be an American and everyone will vote for you.

This is a glimpse in the mind of Donald Trump in it's perfection and it should be admired. Everyone and everything was arrayed against him, and all he had was the American People, and he shattered one of the most nefarious political dynasties in America.
Appreciate this about Donald Trump as no one else is going to tell you how the inside works.

This is not finished as I will not have Jeb skulking around in some assassination attempt, but Donald Trump proved he can go against the most devious of political minds and win. Donald Trump is Presidential and just the partner to deal with Vladimir Putin of Russia, the premier statesman of our age. 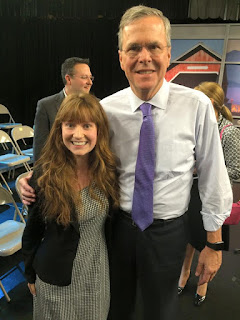 You are a dirty punk Jeb Bush