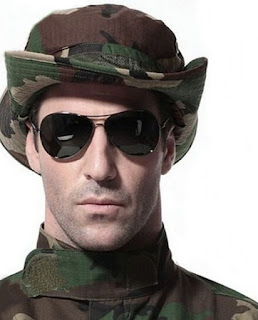 
There is one situation to run a political campaign. There is another to govern. There is also another to establish a revolution of the People, and this is the 1776 task which awaits President Donald Trump.


It is the purpose of this blog in the Trump White Papers to create solutions and to explain to the pluribus the situation of it is one thing to fight in a primary and election, and another to harness the civil service to accomplish your agenda which is foot dragging against you, and a completely different situation to establish a revolution, or have it extinguished from within as Ronald Reagan suffered and from what all of us still suffer through.

The above is Germanic and is pronounced vehild gahzaa which translates as Wild Geese. What Donald Trump faces is what America faces is a police state mercenized to conglomerates who ship black jobs overseas to the burning down of Ferguson Missouri to the mass murders in Chicago. Where Trump supporters are assaulted in San Jose California at the behest of the police state enabling terrorism against Americans by Mexicans and Muslims, and it is a situation that whoever controls Homeland, is still going to be faced with a culture that shoots LaVoy Finicum in murder for mineral resources.

In that Donald Trump needs his own federal police force. There are 95 million Americans now out of work. So why not have them be American Volunteers, which if you can pass a gun background check, you will be sent an official double breasted John Wayne wrangler shirt, a badge and a boonie hat, to answer to only President Donald Trump and the United States Constitution.

You want things accomplished? You make the Trump Rangers, the Wildgänse, equal to the FBI and Federal Marshals and under the White House, you turn them  loose to to start rounding up illegals, those who support illegals, dope dealers and whatever else riff raff to the halls of state regimes and all of that Mockingbird media, and then you just see how fast the situation cleans up in America, with Congress shaking in it's corridors, as the Wildgänse, will have  their own Federal Bench to prosecute whose appeals only go to President Donald Trump.


President Trump is going to need this rabble to make the work of the Border Patrol, FBI and US Marshals tasked to rooting out the establishment traitors. The Trump Rangers are the vital interference line in this, and I guarantee you turn loose 95 million armed Americans, with Federal jurisdiction who can only be told to stand down by a County Sheriff, things will change in 6 weeks in this American nation which President Donald Trump could not effect change in for years.

You give Americans a badge to be protected by against the Federal and State police states, and backed by the US Government, and you just watch how fast America transforms to a Ladies and Gentleman Society of George and Martha Washington.

This is the White Print in this, nothing written in stone, but an appeal to Donald Trump to establish this division of security for himself and the People of these disUnited States. There are no tests for this, no training. If you are a natural born Citizen that is your qualifications, just like the US Presidency, in having upheld the Laws of America.

The Americans Rangers are a People's Rangers, and will comprise the largest voting block upholding the Law in US history.

Wildgänse, this is what the Trump Administration requires to root out the evil which has has sentenced America to this debauchery where perversion is protected and Americans are criminalized.

Swear Americans in as Kurt Russell portrayed in Wyatt Earp, US Marshal, and then let the American posse clean house, the legal way, with the full weight of US Federal Law Enforcement behind them.