What is wrong with hating the Jews? 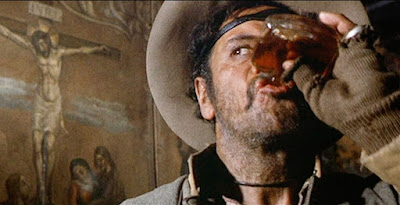 
I was reading a rather strange article on the Daily Beast which was a diatribe against the Alt Right and anything associated with it, and started out with:

It really does not make a great deal of sense this fixation those employed by the Ashkenaz herders, who like making Jews victims to keep them terrified as a group and loyal to their elders, to really care about "Jews".

Some details need to be added in this discourse, so you can make up your minds on things. Such  things as the Bible in the first time "Jews" are listed is THEY ARE AT WAR WITH ISRAEL.

At that time Rezin king of Syria recovered Elath to Syria, and drave the Jews from Elath: and the Syrians came to Elath, and dwelt there unto this day.

See Israel and Judah were two different Kingdoms, and Israel was in league with the Syrians or sons of Aram, and there was war between Israelites of the northern 10 tribes who became the western Europeans and Americans in exile, and what were the Jews of that period, which included the tribes of Benjamin and Levi.

Jew is often a collective and incorrect term, as Esther in the Bible was not Jewish, but a Benjaminite girl.

Jew is really not Israelite in the least, as after Babylonian exile they became Talmudic apostasy on their return, departing from Ezra and Nehemia for a Babylonian sect of mysticism.

Later the Asian nation of Khazarians changed to Jewry and these foreigners now make up the majority of what is "Jews". You will know them as Ashkenazim or European Jewry who are people who were exiled and ended up in Europe in closed communities, who basically preyed on the locals financially, and this predatory nature is what caused the major problems with Jews in Europe and Russia, because they were loan sharks like the Rothschilds or were trying to overthrow governments in Germany and Russia like the Rothschilds.

What is most bothersome in this is the Anti Semitism charges against Jews. You might as well term Jews as Niggers, as Jews are no more Semite than a Negroid, because the Ashkenazim are from the Japheth line of Noah's sons.
Germans, Persians, Scandinavians, Arabs, Syrians, Americans, Anglos, French etc... are all Semites or from the Shem line of Noah. If you hate those peoples you are an anti Semite. If you hate Jews who are the Judahite minority which would be the few apostate Levites then you are an anti Semite,  but if you hate the Ashkenazim, then you just are anti Ashkenazim.

What is odd in this, is there are never any examinations of Talmudic hatred of all other races in that religion. There is never any examination of the global hatred of Germans. No examinations why Barack Obama hates America to depths that he decided to genocide the race by importing Jesuits and Muslims to rid the Christian majority. Yet it is always a problem when people start pointing out realities which Mother Rothschild said of her boys in no war ever started unless her children profited from both sides.

I wonder why the Daily Beast in Betsy Woodruff never asks Jews in interviews why Jewish Christians are forbidden from settling in the Israeli state? That sounds rather hateful and anti Jewish, but that never is brought up, no more than why are Jews in America allowed to not answer for their Jewish leaders, like George Soros who makes a policy of nation rape. When Germans are guilty of Adolf Hitler and Americans of George W. Bush, then why are not Jews guilty of George Soros and host of other Jews who have an affinity like Muslims in reducing nations to mayhem.

Maybe this would be easier if we just got rid of the hate part and just started calling people evil, for the Bible says the beginning of Wisdom is to hate evil. I realize in an amoral world that finding what evil is, in the liberal media is difficult as Mrs. Clinton laughing about Col. Khadaffi being castrated and murdered in Libya by Obama Muslim terrorists is what one would call evil, but we never read articles featuring the evils of Obama and Clinton. They just get a great deal of carte blanche praise in being women and Afroid.
Some groups like Jews just get a pass when it comes to evil. Some groups like Caucasians from Russians to Americans just get blamed for every evil in this world, when they had no part in it.

This evil thing is much better, because God hates evil, even if most liberals make it legalized national policy. Perhaps then though the sting of people being called ANTI EVIL might lose some of it's smear tactics, as people still can figure out what evil is, even if they are aghast or enjoying it.

Sometimes I would really like to reveal TL's and my ethnic background as it would drop the mouths open of all of you.  But that would take away all of the baseless charges of my being a racist or bigot or semite, as it is a much better debate to defeat asstards with the facts than to rely on ones ethnicity. I simply serve the Truth, and that Truth is Christ, who had a terminal condition bestowed upon Him by the Jews.

I am though more focused upon the reality that powerful people who fund media propaganda are ushering in a genocide of the Christian west in these invaders, because they are most interested in genetics in wiping out their DNA competition, as the Western peoples were a breeding project from God's design as the Bible records, and that DNA houses a Spiritual transformational link. It is why those interesting Ashkenaz elite have been interbreeding to that DNA line for some time, as race and genetics matters to them for an obvious reason when one has constructed a false tree of life to become immortal.

None of that is ever written about, save the Lame Cherry, in how the coming immortals simply can not have billions of other immortals around as contenders, as what does one do with a planet full of people who the elite can not kill, and all are wanting the same immortality that the chosen few have.

As the Daily Beast is not aware of the realities of all of this, I rather doubt that their employers are going to be inviting them to join the order, as who really needs propagandists once the gods are ruling over the twinkling skulls littering planet earth of 7 billion dead in this sea of darkness unleashed.

Oh yeah, this was about what was wrong with hating Jews as a diversion and not about hating evil in reality.