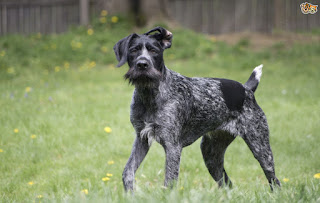 I don't know how long ago it was we met Butch, but he was standing in the thrift store with a Wirehaired Pointer hat on, and I asked him about them, and we often spent a half hour talking about things on this blog from mountain lions, to hunting to the garbage of the deep state.

Butch was a transplant from Minnesota as he could not afford to live in that state being retired. He did not have a whole hell of a allot, except his dog and and old Ford pick up. Last time I saw him, he was getting his eyes taken care in new lenses being put in.
I have been busting my ass here, so getting to town was later than usual and I started wondering if something had happened to him, and then last week I picked up this book about Wehrmacht marksmen, which the Lord willing will be featured here in review of my spin on things in the next month. I noticed his name was in the book and that set off the alarms for me, as this was one of his books that he wanted to keep.

I knew which books Butch had and recycled as I have several of them. He smoked and each book was permeated with smoke. I did the sniff test on this one, and it said it was Butch.
I had talked to TL about asking the women the store if they knew what happened to him, and in looking at a Vietnam book, I sniffed it and said, "Yes that is Butch", so I went to the back room and started asking about Butch.

They immediately knew who I meant, and said he died about six weeks ago and his sibling from Florida had been there to clear out his things and put them into the thrift store. They said he has been to the store on Thursday and went home, and died in his sleep. Someone had checked on him and Sunday and that is when they found him.

I immediately asked about his puppy, and they said someone had come and gotten it. I hope it was not some kennel breeder, even if she had the bloodlines, and was hard headed as a mule, she deserved the kind of devotion that Butch had for that dog. He told me one time she ate a zipper off his coat, and he was wondering how long it would take to pass, and was on his way home to take her to the park to see if she could walk it through.

Butch was one of the good guys. He worked for a fur buyer all his life and his world was his dogs. In fact, the bitch he had before died and some jackass heavy equipment operator who owns land next to our Church's cemetery dug a hole outside the fence and buried the dog. I mean this  tard has like a section of land and dumps a dead dog by a historical cemetery.
I liked Butch, appreciate his dog, but half my family is buried on that hill  and most people would take offense. I never mentioned that to Butch or his taste in friends on whose land he hunted.

I think about things like how good people die, and I see things walking around who I would be pleased to know they were facing Judgment. Butch though had a blessed end. He died in his sleep peacefully and was a real Christian. He was one of the good ones and it makes me sad in his passing and yet joyful that he has reached his final reward.

Life seems so much the grass which whithers away. I think of that more now and mention it to TL often in I see people wasting their lives and never enjoying themselves. I can look at our parents and one plays games, one lays in bed and one makes unknown phone calls. It is such a waste as TL and I have more sitting on the lawn than all the others combined.

People should be doing what they enjoy the most and not wasting  time on the things that when life is over to say, "Boy I am so glad that I was playing a computer game". I have to work 24 7 like most do, but Butch in  work and play was enjoying himself. It is still what I work for is a dog someday to walk the fields with. I don't want to have to wait to walk the fields of Heaven even if they are better.