A Friendly Distraction in Combat 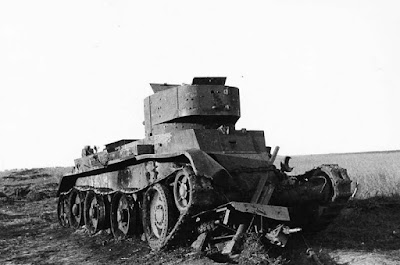 War is never like the movies, as wounds are always clean, it is the other guy who dies, and you always have a friend along to share in your glories.


There was a real war on the Eastern Front though were one of Germany's most successful Marksmen concluded to take along one day his good friend from the ranks on an outing as a spotter. It violated all the rules, not in taking the friend along, but the Marksman had been hunting from the same secure location of a crippled Soviet tank in no man's land.

It was a simple measure of moving to the tank in the darkness, setting up shop and blowing the brains out of a communist who was careless. It was so simple that the Marksman had accomplished this for 3 straight days, violating the first rule of sniping in never hunting from the same stand twice.

Everything seemed to be going well, but the Soviets had had enough of the patterns of this German, and they had brought up their own sniper, who set up his location and waited in the pre dawn. The friend was the spotter and began looking through his binoculars at the Soviet line while the Marksman scanned the lines too.
It was then that the spotter told the Marksman to look at that movement on the line, and the next second blood and bits splattered the Marksman as his friend was hit.

In horror he dragged the friend back into the recesses and checked his wound. The Russian's bullet had deflected off the binoculars and exploded in his mouth. His incisors, lips and half of his tongue was gone. Panic  was in the friend's eyes.

In the recesses, the Marksman watched as the remaining tongue swelled to block the air passage and as the Marksman attempted to press it down, it had little effect. He could not go for help and help could not come. There was nothing to assist in a tracheotomy.
Each attempt to suck in breath, sucked more blood into the lungs, and in that drowning in your own blood and being suffocated by your own tongue the friend in a horrifying battle for life, in a terrifying sight of his eyes almost popping out of his head, while his fingers dug into the Marksman's arm, and clenched his hands as sadness filled his eyes, and those eyes glazed over in death.

That is how the rest of that day went with the Marksman in emotions laying beside his dead friend, who he would carry back to the German lines after dark.

It all was supposed to have gone so different. The loneliness of a sniper was supposed to be shared in the success with a friend, so the immense pressure put on this 19 year old was to have an outlet that things could be discussed. This 19 year old was expected 100% of the time to solve murderous problems the communists were inflicting upon the humane Germans who were observing the Geneva Convention, but war make gentleman's agreements cast aside, as you lay by the body of your friend in you share none of the glory, but the horror of what real war is.

The lesson probably kept the Landser alive though as friendly distractions have no place in combat.