A History Lesson for Arseholes 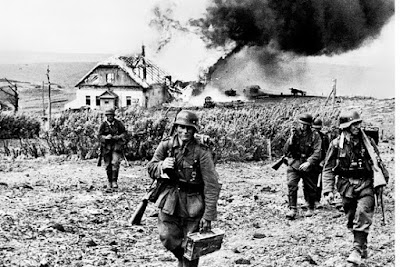 Your ignorance of history is about to be lifted as the Lame Cherry Light Shines Radiantly upon your dark skulls full of cholesterol fat. The subject this day is real history.

Most of you have no comprehension that 1920's Germany under American, French and English treaties barred Germany from arming herself, so they could exploit Germany to utter financial ruin, and German turned to another nation in the Soviet Union to develop weapon's systems which they tested in Russia to beat the treaty.

What is of interest in this, in the club carrying Russians in having no industry, focused on the German technology of rifle scopes, for marksmen, while Germany focused on mechanized warfare. Are you getting this in America converted to mechanized warfare and long range sniper rifles, instead of warfare where it is won in numbers of Soldiers on the ground who can fire a weapon with deadly effect.
Rhetorical. 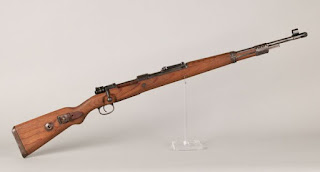 Here is something for your education, in the numbers of hunters and riflemen who read this blog will have heard as gospel that the German Mauser 98 bolt action was the greatest action in the world. It has a loose slop to it, so that it would work under all kinds of dirty conditions. That appears often as trademark, but events proved different on the Russian Front of World War II.

In 50 below weather in Russia, the German infantry soon found that their Mausers were worthless, as the tightly machined quality control of German precision, built an action which in the cold shrank and seized up. It was not the oil which was freezing, but the action literally contracted upon itself.
By contrast the, horridly made Russian Nagant with little tolerance control, operated with ease. 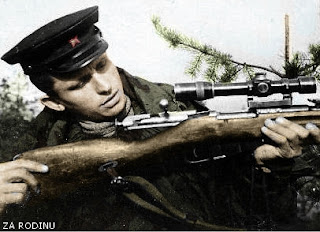 Another reality is, the greatest number of successful snipers shot Russian made Nagants, because Germany only had 1.5 power scopes at the start of the war for forest hunting. The Russians had the scopes mounted on Nagant sniper rifles, and it was these captured rifles which the German marksmen shot through most of the war.
Yes, literally the Germans shot most of the Russians with Russian made guns and ammunition. After that, the majority were shot by German hunting rifles, as they were the only arms with effective civilian scope on them. Yes Germany needed to access civilian rifles of hunters in order to prosecute the war, as on the Russian front they were discovering that the communists were waging a murderous fire on their officers.

In another tidbit of history, numbers of the Russian snipers were boys and women.

While all of this horrendous warfare was developing by American Woodrow Wilson socialism in Russia and Germany, the amazing footnote of World War I in the speech Ernest Borgnine gave his boys when they went to the front. It was to forget the bayonets and to put an edge on their trench shovels and take Frenchie's head off with that by thrusting under the chin. 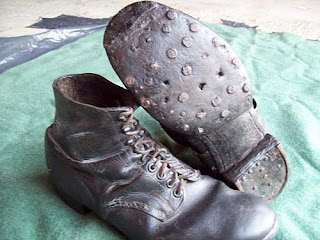 With all of the superior German technology and  American firepower propping up the Russians, it came down to as ammunition ran out, that once again the German Trench Shovel came into brutal play. It was always loaded and it never had a dry fire. That is the lesson of war as a German steel toe boot was a weapon to kick a communist in the balls with a force to make them explode as the steel toe would crack the pelvis, producing a communist balled up on agony on the ground to be dispatched.
The shovel was a battle axe in slicing into backs through ribs, taking heads off, smashing limbs or skulls. 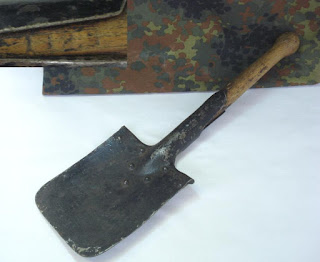 America has made ghastly mistakes of history. It is technology heavy and is vacuous in rudimentary necessities of warfare. It is why an American conventional war will go nuclear, because America has bankrupted herself, does not have a Soldier class of the Anglo Saxon races which are being genocided for vermin races and the place of the Soldier of the combat infantry is vanishing as America is no longer a hunting trapping people of the land.