A Large Chunk Of Freedom 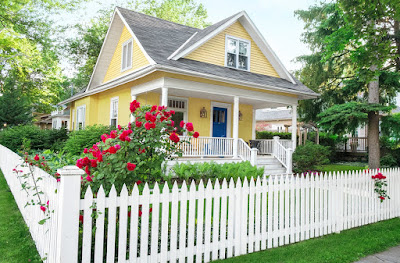 I wanted to share this as the Viking has been away, being the best possible son in helping to care for his mum who is a real darling. She had some medical problems which I featured here in her doctor did a colonoscopy and the effects of the anesthesia caused problems as is the reality in the elderly. She was in a nursing home, but the family was able to return her to her home and have been helping in her recovery.

All through this the Viking works hard at a job in the metro area of Minnesota. He also shared earlier this year that he was about to be able to pay off his mortgage on his home and be free of that burden. He had mentioned that September was the month I believe, but was able to apply more and get it paid off a few months earlier.
I am so very proud and pleased for him, as now he will be smoking in his own garage and drinking beer in his own home, as the Baby Girl and Mommy are always in their home.

Dearest Sisters, Wanted to be a little more generous as this is the day taken off to go finish down to the last dollar the price of the possession of this house, but we'll have to do that next time as who doesn't want all your money? Miss you so much, as do I miss the girls, even if my responsibility is not as formidable as a cow. Ok, time to go buy a large chunk of freedom, thank You Lord. In Jesus Name, The Viking.

I miss the Viking too as he is too tired and busy to drop notes about his life which are always welcome. He talks of things like stars, of lakes and of trees. He is the good neighbor and I am overjoyed at his paying off his home as that is something which belongs in the Star Tribune as a headline as it is the good people living peacefully which makes America a success.

This means so very much to me, as from my earliest childhood I was always traumatized in growing up a sharecropper child in not knowing if we were going to be kicked off the place or not. It is what drove me to work for nothing for my old man when he tried to purchase this place, but he could not manage money and always thought people would  give him things, when the secret in life is the Viking in you work for things.

The old man had the audacity once to charge me with that I was hoping to get all he had. He had junk and it was an insult as my only motive was to get the place paid off, so I could be free. Instead he ran my health into the ground which I still suffer from, and he pissed literally about everything away as he was a shirker, a sloven no account "let George do it" and in most cases I was George.
I am learning that my mum has fallen into that same trap of being creative in taking advantage of my good nature. That has stopped as no one is going to live off my corpse.

It is why I have always focused on saving, saving donations, as I want that place where no one can ever make me feel insecure ever again.

It is a dichotomy in this blog in there are people who are like the Viking, who do not have much and they donate, and make up for the deadbeats who are always on this page stealing information. It is endless in the funded outlets to find my exclusives appearing months or a year later, without one note or compensation, as the story becomes their's and is quoted endlessly as gospel by them.

I will not give up in that large chunk of freedom. It will happen with a bit of sorrow in the people who have been so good to me, that I would they could have kept their money and gotten things for themselves. The Catch 22 in this is God makes me accept humbly as other people have the right to do good to me. That is something which I struggle with every day. I keep going though focused on that property which will be ours and no one is going to impose on us again.

It is past midnight as I type this and I need to check things outside as coyotes are around and I have been going since 5 AM in dealing with Poot who is now stretched out on the back of the sofa in perfect Poot Peace.

I wanted to post this for the Viking to let him know how very proud I am for him and so very pleased, as he deserves the recognition. It helps knowing he has his home as I am joyful in that. I pray that better things await those in trailer parks and opportunities arise for every good person to have a place of their own.

A man should be able to piss off his doorstep and not have the neighbor women all asking him out for a date.

agtG
Posted by Lame Cherry at 6:00 AM