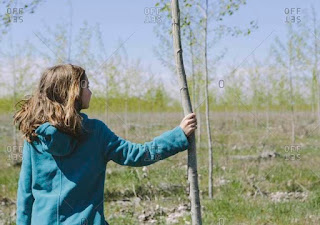 This is one of those rambling posts of appreciation which I fill my children in on the goings on in the brier patch as I say thank you for the donations, prayers and note you have shared from your lives. Thank you very much.

This week was one in which I was trying to hold myself together with prayer and ibuprofen as we needed to sell a few cattle which were all bulls, that we simply did not have room for anymore. I did not think they were that wild, until the trucker appeared and started helping to load and then we had some trouble, but that ended with them going down the road.
Next up we sprayed the remaining cattle for flies and it was with great pleasure to put diesel fuel and bug dope on them to watch flies die in mass. If you have never witnessed flies on cattle in summer, it is eye opening as bulls shoulders will turn black from those blood sucking bastards. I so want DDT to return.

To keep the cows from being bred for more winter disaster calves, we sorted the bull out named Rhet, and Lord I saw this morning he had almost torn the barn wall out. He was a tame bull, but deprived of female nethers he tried climbing a gate, got stuck and hurt which helped as it sort of settled him down. The barn is one of those falling down things that with 10,000 dollar roofs that will not happen, so that is the future in riches put up a pole shed to start from scratch.

Having enough of the events around here, I told LT that we were going to town to get some milk for the baby calf, as our water was turned off  the other day for line repairs and no one told us, and as baby calves need to be fed, that meant store milk and that depleted it was a run to the store.
I stopped by our old neighbors and it was hotter than Missouri hear today after so damned cold, and I experience a real pisser of an event in I got over hot, and felt faint and sick in not knowing if I should pass out, puke or have other events appear which one does not want happening around neighbors. I said I had to go, got into the car, turned Zelda's AC on and sat there trying to recover. Three other times today after I recovered, I felt like chit as I sort of do now, but that is what time and the good Lord is for by His Grace.

I can not believe it is June, but I need May first back as I am behind. I can already hear winter coming and am frowning by that and it is hard to enjoy summer when the end of spring just tried to put me tits up from heat today and summer goes by like a dream.

Tonight it will be the fan running in the window to hopefully cool things off. I have been having a sinus headache from bromus grass pollinating, but I would be taking pain killers by the half dozen for the hip, the back and what else would I do as I have tried to cut back on sugar in trying to stop bleeding. Probably why the heat got to me as the bad yeast was protesting.

My brother messaged it was hot there the other day. I said it was balmy here. That was a fact then. Now it feels like Missouri fan sitting with someone pissing behind it.
I have a few minutes yet before I have to check baby chickens and baby calf on the midnight run. Then I get up at 3 to 5 am as the Putz jumps up, and claws my arm or other body parts to get my attention as the Puntz doe not like a bowl of food that is not full and water that is not cold. Most interesting thing about this is she will not drink from her glass, yes she has her own glass, if it is down a half inch or if the water is more than hour old.
It is ok as it give me time to pee. Did I actually type that.

I have been enjoying reading Butch's book on Austrian Marksmen. I hope you have too in the memoirs I have featured with the Lame Cherry spin on things.  Have some other books, but they will not match up. Just got an antique for 50 cents about Julia Wedgwood and Robert Browning letters to each other as friends and it made them hate each other. The Wedgwoods kicked my branch out of the family as Gram liked being diddled by the horse brusher and the rich did not like it. That from someone who makes clay pots. I find the uber rich always think they are better than shit on a shingle.

Speaking of shit on a shingle, I saw the lurker preacher today, which creeped me out as he is a creeper. I don't think he figured out it was me as he was to busy being distracted by his proteges. Speaking of which I got this really beautiful family Bible today for free. When I got home I saw why as it was some wedding Bible to Catholics. Odd thing in it was King James. Surprised the pope sanctioned that.
Anyway, I saw even dead people give Bibles away as their names were signed from the grave. Anyway, I figure the reason I got this Bible is the crayon colored writing for the present, was for a not so  happy couple that divorced after 6 years.
Why in hell someone would donate a Bible from their wedding with leaving their chit inside it, along with the wedding announcement is beyond me in stupid. I knew the name of the guy. He is from a family of asstards who thought they were cool. I forget the girls family, but that butter face ain't going to be getting any better, no more than her tard cock. Losers should just stay pope married and show some balls in if you are going to destroy your marriage vows before God then maybe you should just have some ovaries and burn the Bible as who the hell wants a Bible with your shitty failure face and name on the front page.
I told TL that we might just use a razor blade and edit those two out.

That about wraps up the theater here. I keep hoping to find like some money in a Bible, now that I think about it, a nice bearer bond worth 10 billion would be more welcome. Probably is something that I should be asking for as I always ask for the important things like health, pan lids and I forget exactly what, but I do ask as in asking I will receive.
I don't remember asking to be poor and about obliterated by the sun today, but I do pray alot and I am sure that is one of the doozies .........Google does not even know about doozies as in Dusenberg I think for slang......don't know how to spell it and I am too tired to look it up, so just read that with one hand over your left eye and you will see it looks right.


God bless the good for each of you my children in Jesus Name Amen and Amen.