Newman putting the F in Fag 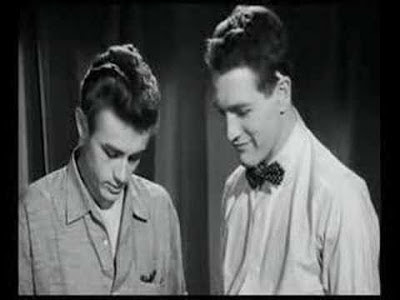 
This is another thing about life I will never understand, and that is Paul Newman. He always reminded me of, well a plastic penis, as he was just sort of there and for some reason, those attracted to plastic penis.

I can not remember for sure if it was Newman who said his first sexual experience was like at 12 with some girl back in the stone age, but when reviewing the list that Newman was in bed with in sodom and gomorrah, it just is one of those fag town things that is disgusting.

Here are the females, starting with Shelly Winters getting banged by Marlon Brando and Paul Newman doing whatever with Brando.


affairs with Marilyn Monroe and Grace Kelly. He had bedroom auditions with actresses including Judy Garland, Peggy Lee, Susan Hayward, Lana Turner, Natalie Wood, Vivien Leigh and Tallulah Bankhead. Early in his career he slept with Montgomery Clift, Jack Lord (future star of Hawaii-Five-O), and Steve McQueen. He had passionate affairs with James Dean, Tony Perkins and Sal Mineo. He also had an affair with the former child star Brandon de Wilde that lasted three years. And he had an intermittent affair with actor John Derek


Here are the fags Newman got shit dick with.

I guess Liberace and Rock Hudson had standards in Paul Newman didn't get to peter their o'toole.

Speaking as a woman, I could see banging Susan Hayward and Natalie Wood, but the rest of that was like getting them lubed for Kennedy sloppy seconds. Grace Kelly was like.........I mean the virgin Mary. Hell I don't even think Gary Cooper nailed her when he could have, as no one bangs the virgin Mary.

I personally though as a woman would never sleep with any of the males. I mean that is one f*cked up bunch as Liberace is more appealing in he could at least play the piano.

I mean if I was Paul Newman, I would have banged Raquel Welch. I mean she is the top 15 slots in a top 10 list. Ms. Welch though has standards, but then maybe Newman has standards as that hosebag Cher did not make the list and I think everyone including Sinatra did that, because once you been in bed with an Altman Brother, that is like having nailed half the world population.

Newman must have been a racist as he never nailed black and went back. Hell there were hot black women back in the day, Nichelle Nichols on Star Trek and that Gail Fisher on Mannix. Even Dirty Harry on Magnum Force went Asian, and Newman was pure racist or maybe black chics and asian chics don't dig fag balls named Newman.

The thing is there is a moral to this immoral story in Newman had this kid who really fucked up, royal. Kid was on dope to stun elephants and Newman was shagging cock all over the planet, and dumped Sal Mineo, and Mineo gets the laughed butt fuck as he calls up Newman from Newman's kid's bed and tells Newman he is sodomizing the boy.
Why all those kids are fucked up in Hollywood with shit like that for parents. Got to wonder what the hell was wrong with that Joanne Woodward in keeping a clap trap like that around. Could have married a gig from 5th Avenue and got more fidelity.

We close this though with Lee Marvin, from the Lame Cherry, telling of his Newman experience in Newman was a pedophile, trading autographs for sex with 15 year old girls.

Newman has it all worked out. I get a million. He gets a million, too, but that includes $200,000 expenses. So, if that's the game . . . I never talked to Newman in my life. No, I talked to him on Park Avenue once. Only to give him a piece of advice. This 15-year-old girl wanted his autograph. He told her he didn't give autographs, but he'd buy her a beer. "Paul", I said, "she's only 15". "I don't give a shit", he said. I think it shows. With Newman, it shows. Cut to an old broad in Miami Beach looking at his picture in Life magazine: "A Gary Cooper he ain't.


Like it was said, Gary Cooper never nailed the Virgin Mary, but there was Paul Newman corrupting her.